After a long-running series of wild tantrums, Winter stepped on Spring’s toes in the door and smacked her backward. Before Winter could be stopped, she had tossed a fresh coating of white “stuff” everywhere. 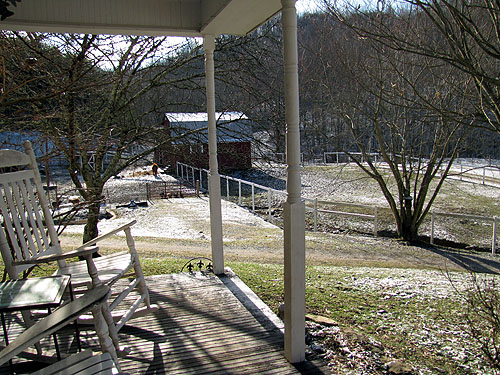 She was immediately called in to the office by 2014 and expelled from the calendar.

“We’ve worked with her for months,” explained 2014 coordinator Richard Corcoran. “We’ve seen no improvement in her behavior. Sunday, Monday, and Thursday, as well as St. Patrick’s Day and Easter, have lodged formal complaints, and we understand that Wednesday is preparing to file a lawsuit. The entire calendar is upset, and we can’t let one season ruin it for everyone.”

According to Corcoran, the Seasonal Equality Coalition is planning to respond to the expulsion, but since Winter impinged on Autumn, their case is weak and not expected to be successful.

“This is the final snowfall,” Corcoran stated firmly. “We’re done with Winter.”

Winter was not available for comment, and nobody cares what she has to say anyway.