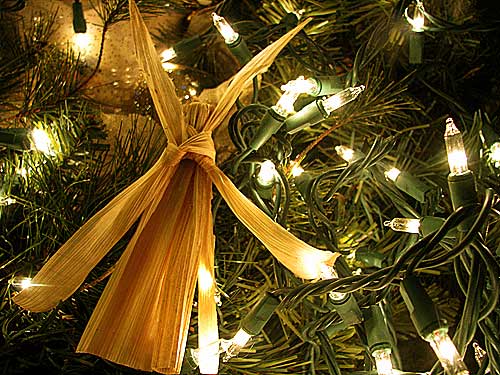 First, wait for the power to go out. And the phone. And the internet. Then head out looking for bars. Not THOSE kind of bars. 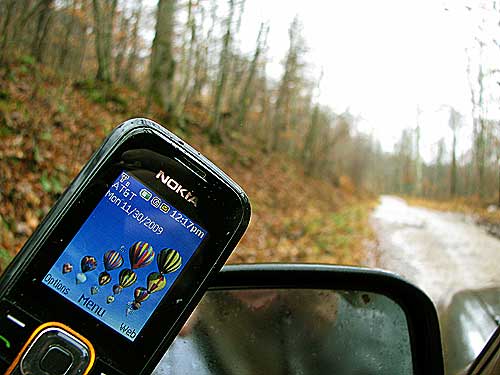 THESE kind of bars. Cell service doesn’t reach our farm, but it’s all around us, in various places. You just have to find the bars. 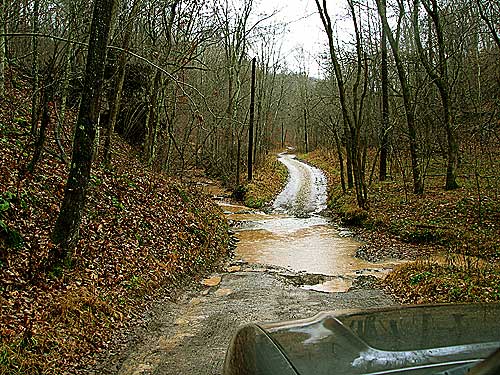 And hope the creeks aren’t flooded. 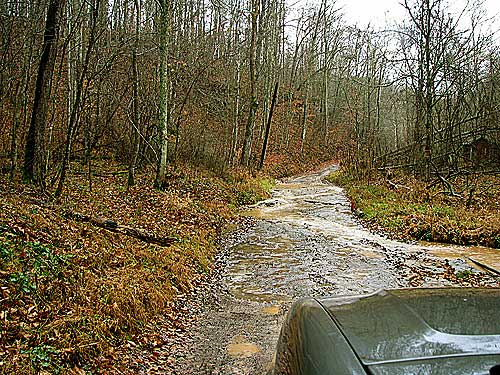 Yesterday, after the power/phone/internet went out and I headed off braving creeks and mud in the search for help, my phone found two bars at the top of the hill about a mile from our farm. I called 52 at work. I needed someone to call the phone company and the electric company. And God. 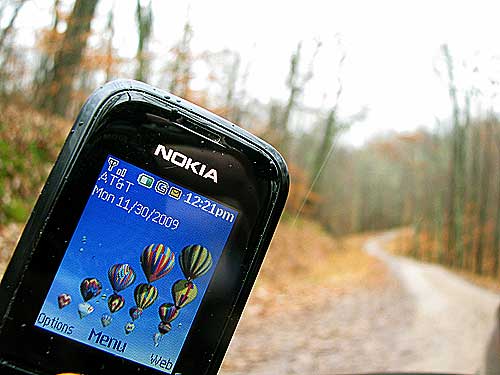 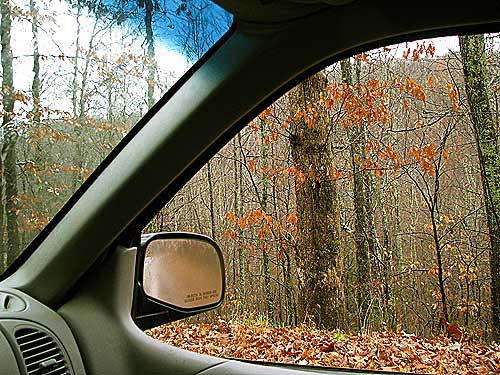 I left a message, quacking desperately, like a duck. Then I returned to the farm. 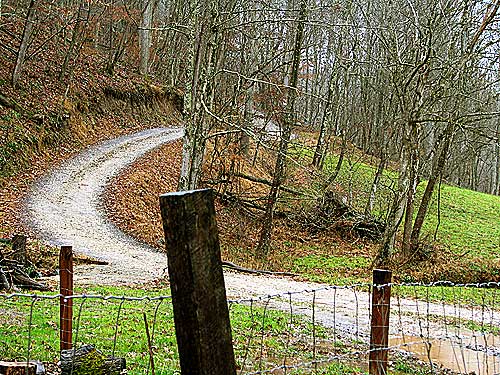 I knew my staff would need my reassurance! Or not. (Sprite and Fanta relaxing inside the–to put it nicely–“utilitarian” dog house in the goat pen.) 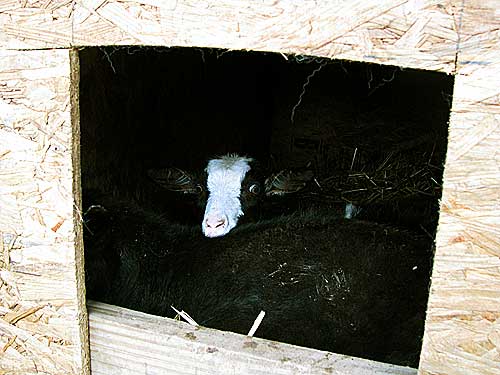 The sheep and Jack didn’t even bother to go under their shelter. They just stood out in the rain in dripping nonchalance. 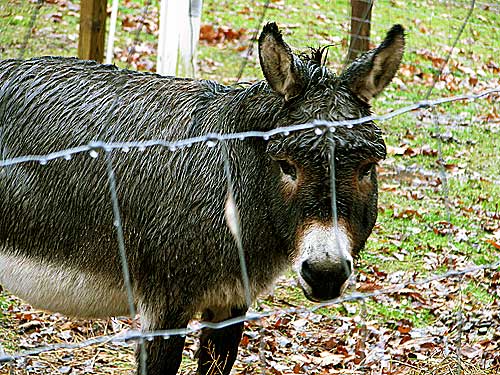 I’d been planning to start some dough for pepperoni rolls. And answer emails and work on my blog. I would have fired up the generator we got for just such events this winter, but then I discovered the fatal flaw in my back-up power plan. I don’t know how to use the generator. (Suzanne! SMACK!) 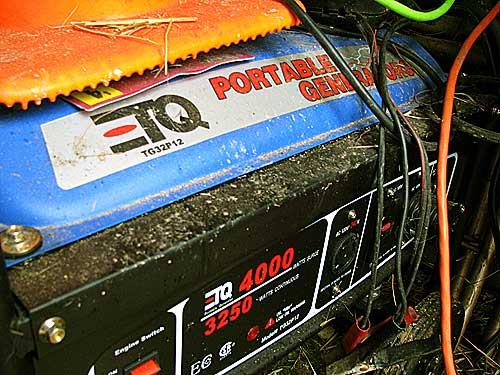 So I made corn husk angels. Which I might never have gotten around to if the power hadn’t gone out. And the phone. And the internet. (That’s why you need to start with that. You know, if you’re busy like me and you do all your work on the computer. If that’s all gone, you have time to make angels. If you’re not that busy, you can skip the power outage step. It’s kind of a hassle.)

I’m going to hang them on the Christmas tree.

And tuck them into gift baskets with homemade candies and jars of canned goodies.

You can find the full, detailed instructions for making corn husk dolls here. My corn husk angels are based on my corn husk dolls. But I thought the angels should be much simpler, and smaller. They didn’t need arms and legs. Just wings and a skirt. I didn’t know how to make corn husk angels, though, so I spent a couple of hours whilst without power figuring it out. By making one awful corn husk angel after another. Until I happened onto a simple method that made something that actually looked like an angel!

Per angel, you’ll need about six corn husk leaves. Soak the husks in warm water for about 10 minutes, then drain. Start with the head, the same as in making a corn husk doll. Only I wanted a smaller angel, so I only used three strips. Place the narrow ends of the strips together and use a thin strip of husk to tie it off. 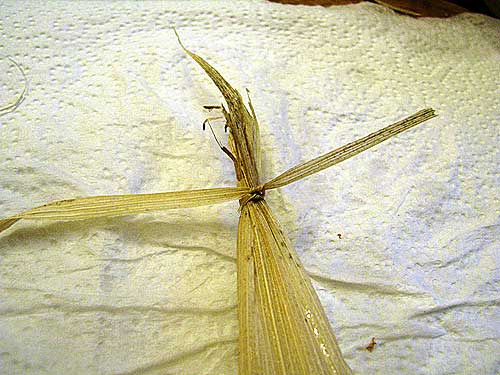 Invert the leaves, wrapping the husks downward, and tie the angel around the neck, using another thin strip, to finish the head. 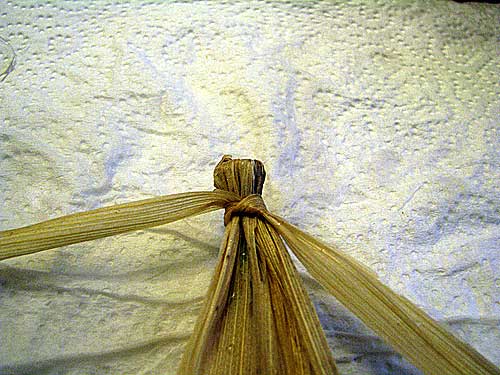 For the wings, take two corn husk strips and, one at a time, placing the pointy end up, tie it around the corn husk angel’s neck. 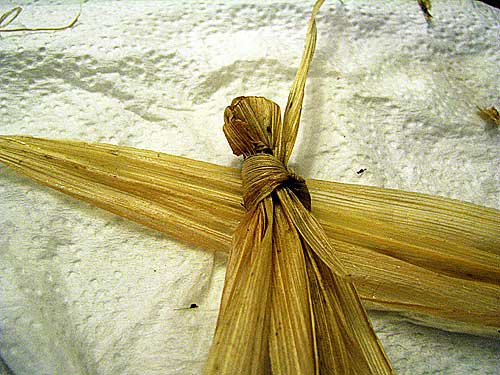 As you tie it, pull the “wing” up and the fat end down toward the skirt. (The skirt is just the remainder from when you made the head.) 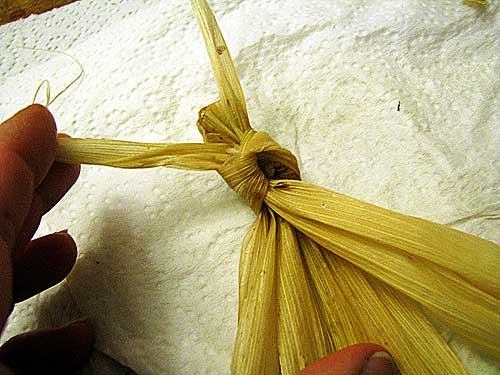 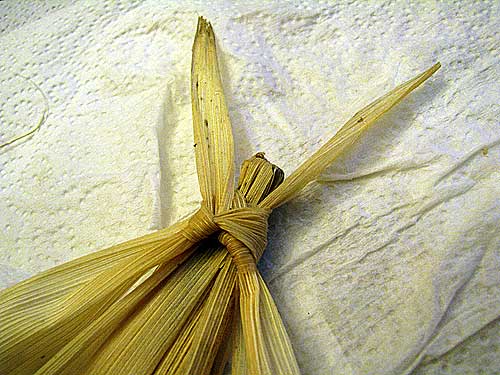 Trim off the bottom of the skirt. 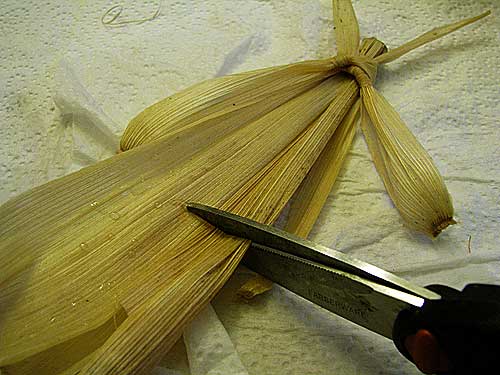 Then the power came back on and I got back to work. 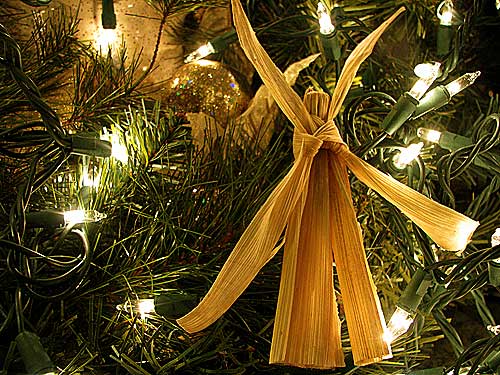 Next time the power goes off, I shall tackle my Dare Debbie list! I think I’ll start with endloader tire races…..