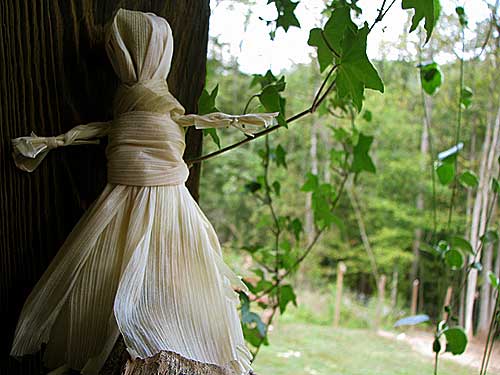 Did you save your corn husks? Are they dry yet? 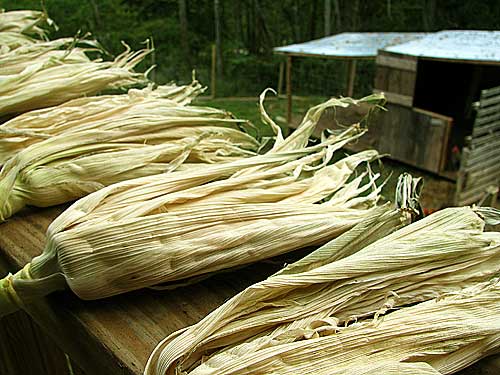 Some of mine are dry, others need more time. It’s been cloudy and rainy here lately. But it’s fall decorating time and I need corn husk dolls! Corn husk dolls are the epitome of primitive, so you can’t go wrong. They’re fun to make, with kids or without, and cute to dot around your house and porch in autumn. And they’re free! Can’t beat something that’s fun, cute, and free!

To make a corn husk doll, you need a couple of dry corn husks, a bowl of warm water, and scissors. That’s it! (The dogs are optional accessories.) 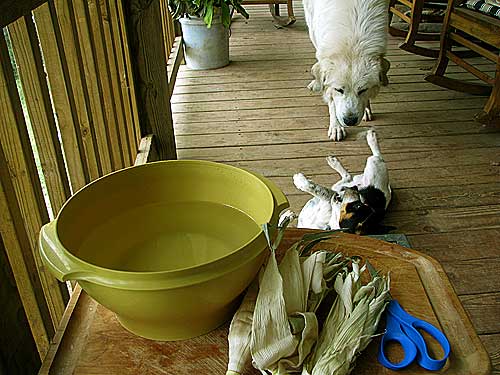 Soak the dried husks for 10 minutes in warm water to make them pliable. 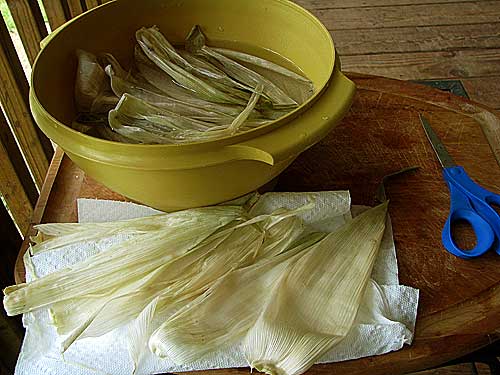 Remove leaves from the warm water as you need them and dry on towels. 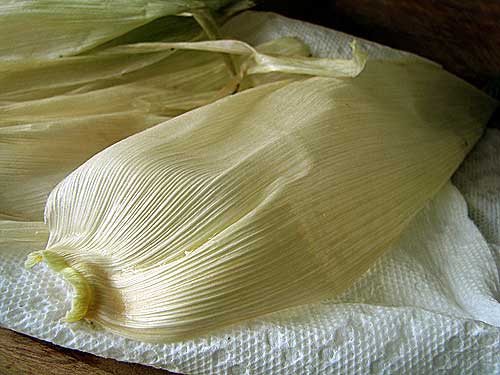 Take six husk leaves and, using another thin strip of husk, tie the six leaves together at the narrow end. 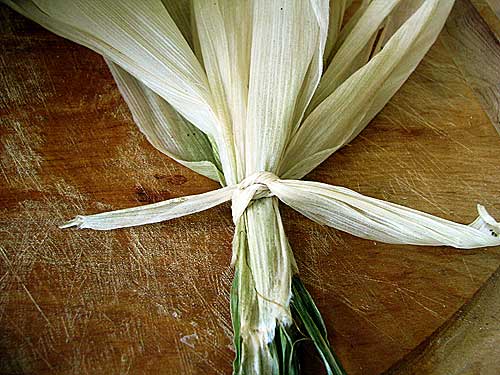 Now turn the leaves inside out and wrap the leaves down over where you tied it. (You could also add some cornsilk in there, if you want, so that when you turn it inside out, the cornsilk pops out of the top, making hair.) 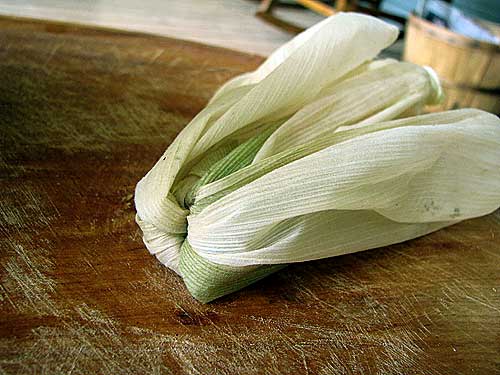 Using another thin strip, tie the leaves together at the “neck” to make the doll’s head. 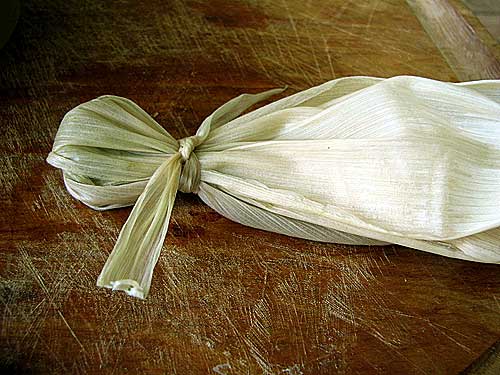 Taking three thin strips, tie one end with another thin strip then braid the three pieces together. 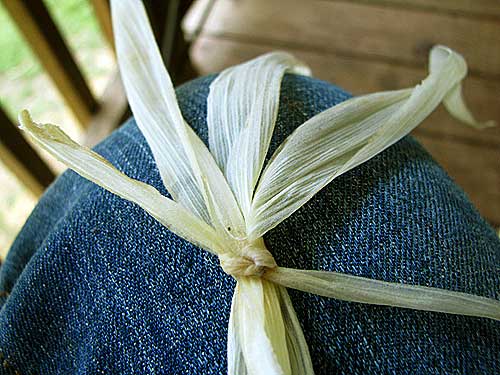 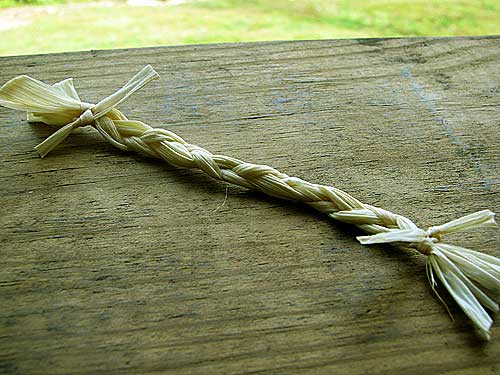 Slip the strips under the leaves. Place the piece for the arms horizontally under the neck. 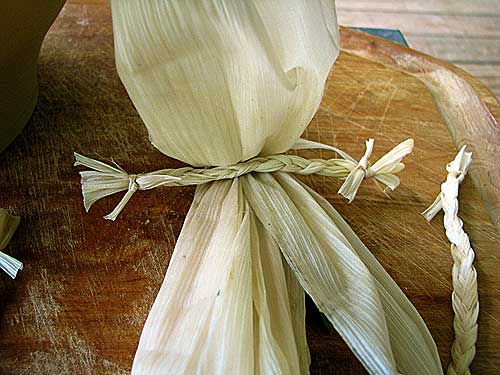 Position the legs below. 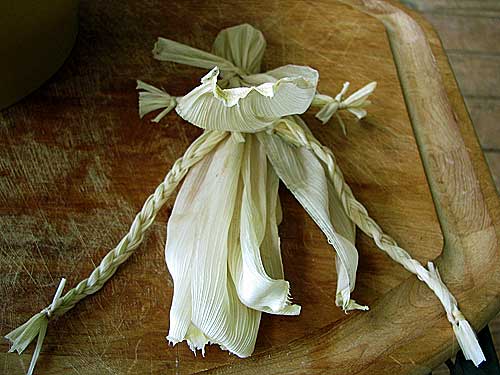 Take another long strip and tie the doll around the waist to hold the arms and legs in place. Now you have a fully-formed dolly. 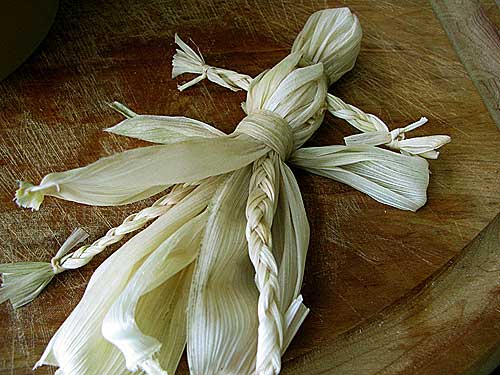 Trim the leaves to make her hips. (Alternatively, you could leave them and trim them up later along with her skirt as underskirting. Also, technically, you don’t have to give her legs. Which would totally keep her from running away.) Look at her showing off, doing the splits. In broad daylight. Naked. 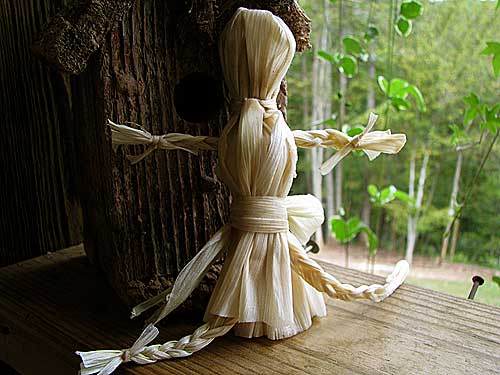 We gotta get this girl some clothes! Take three leaves and place them with the fat end up and the narrow end just below the doll’s waist. Put the doll on top of the leaves. 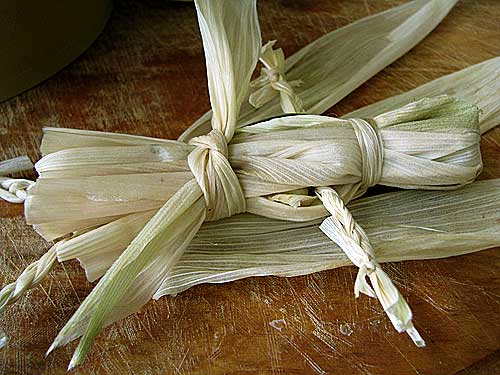 Put three more leaves around her from the top. Using another long piece of husk, tie the leaves onto her around the waist. 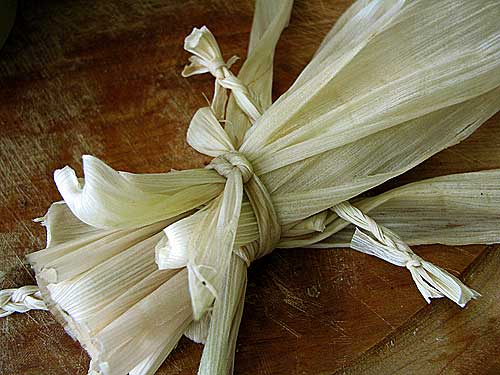 Pull the leaves down to form a skirt. 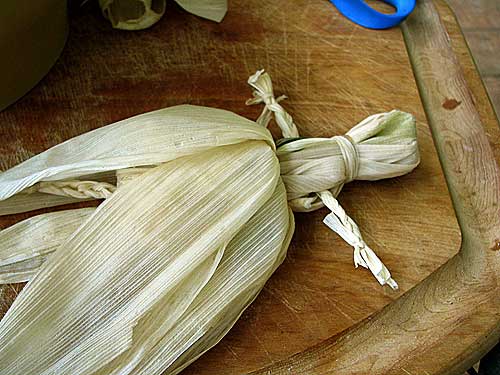 Take another long piece of husk and wrap it around her neck, pulling the ends forward to her front and crossing them. 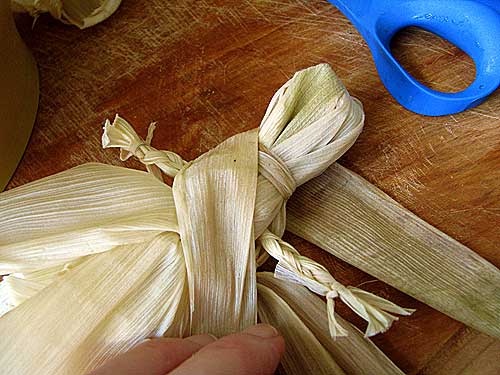 With another piece of husk, tie her around the waist again, securing her clothing. Trim skirt evenly. She’s dressed! 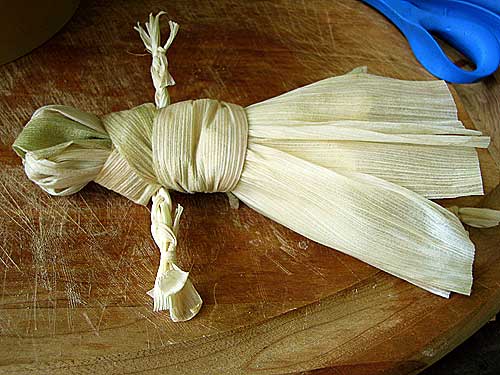 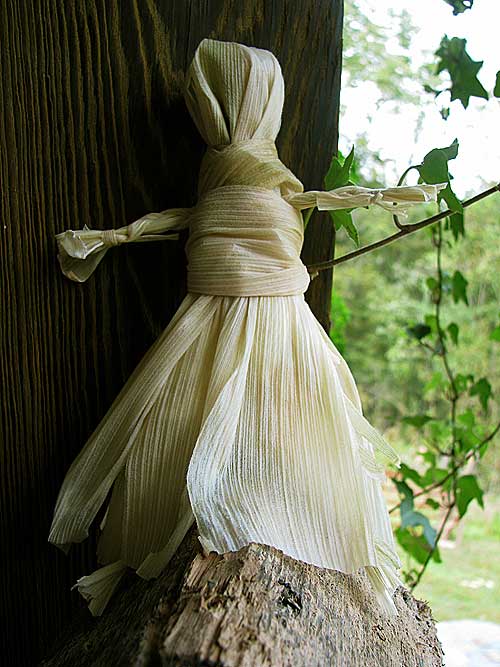 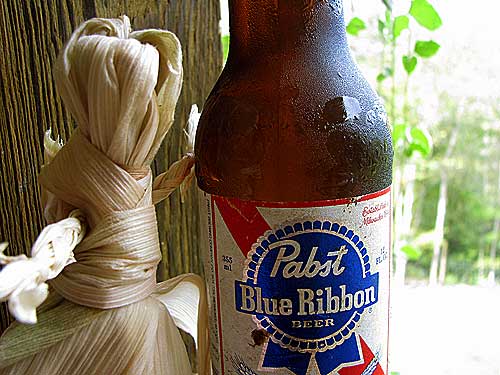 This one’s gonna be trouble, I just know it!

See the rest of the story about the little corn husk doll in A Cautionary Tale.