I found two oil lamps in the cellar when I moved in. I’ve never had an oil lamp before. I’m not familiar with using them, so I just left them there. I leave the cellar window cracked open just enough for the cats. There’s always an open bag of cat food in there and I let them help themselves. It keeps dogs and chickens out of their food and enables them to choose their own dining hours. On the downside, it means there’s always cats tramping in and out of the cellar. I noticed them knocking down the oil lamps (among other things) so I decided I’d better rescue them. I brought the lamps inside and cleaned them up. There was also some lamp oil and extra flat cotton lamp wick. 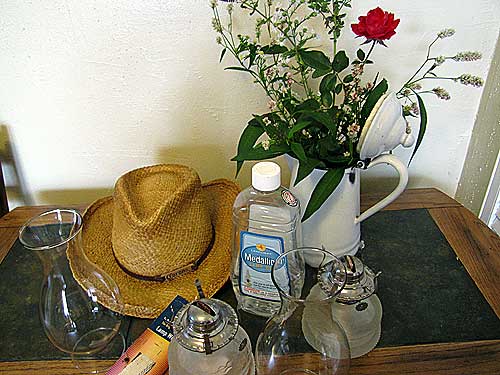 So I filled the lamps with oil. Now what? I investigated the operation. I figured it out, which means it’s really simple. 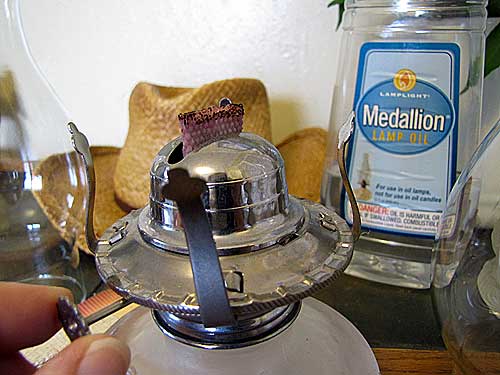 You turn this little knob on the side and it makes the wick go up and down. 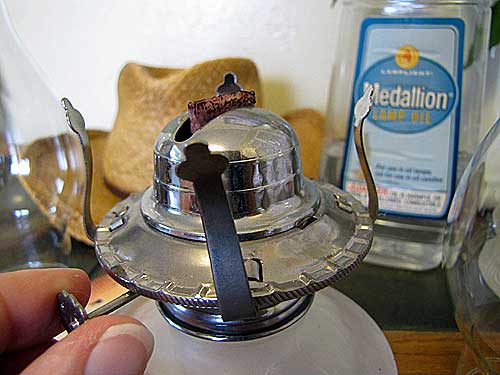 I wasn’t sure how high up it was supposed to be, but I turned it pretty low before proceeding. I’ve always relied on candles during power outages, and I do have a generator now, but backups to the backups are always a good idea. And oil lamps seem so quaint. I decided I should light it! 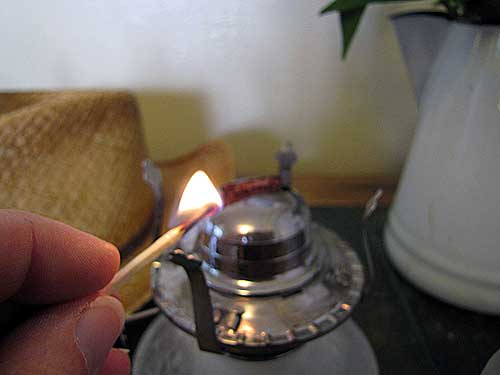 I hoped nothing was going to explode! 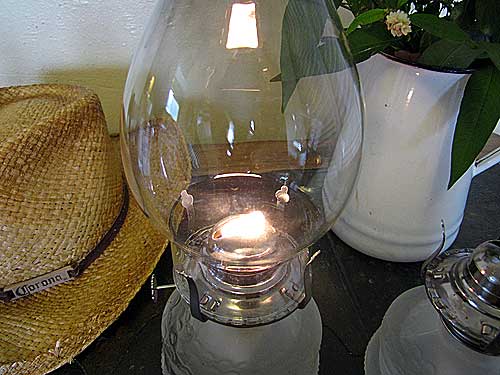 And it was fine! And very quaint! And then I realized I did not know how to TURN IT OFF. Are you supposed to blow it out? Umm…. I tried the little knobby thing, turning the wick way down, and poof, it went out. 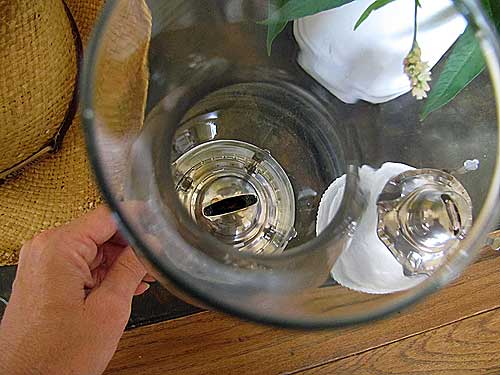 And nothing exploded. (Edit: DON’T DO THAT. See comments section. It’s safer to blow it out.) So I set the lamps on the mantel until the next power outage. 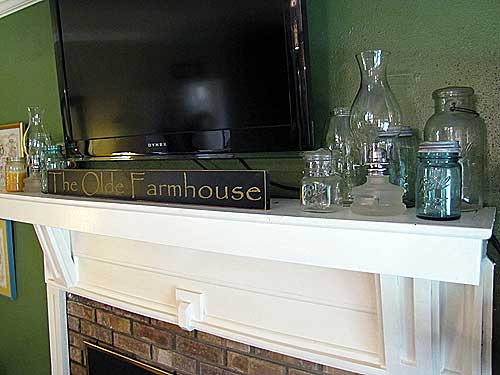 These lamps aren’t antiques, and I was able to find similar ones on the internet. You can burn kerosene in them, too, but some people prefer lamp oil because it burns cleaner and it doesn’t smell like kerosene. (I think kerosene is cheaper, though.) In the old days, people used any kind of grease or oil, and often just a rag floating in a dish, though that was sometimes dangerous. The “original” oil lamps go back to the days of Aladdin and the olive oil lamps. I found this nifty-looking DIY olive oil lamp here if you want to try making your own emergency/power outage olive oil lamp with a canning jar. I’m a little tempted to try it myself! You could add herbs or essential oils to make it fragrant, and it’s even a kinda neat tablescape idea. Anyone want to try it with me?