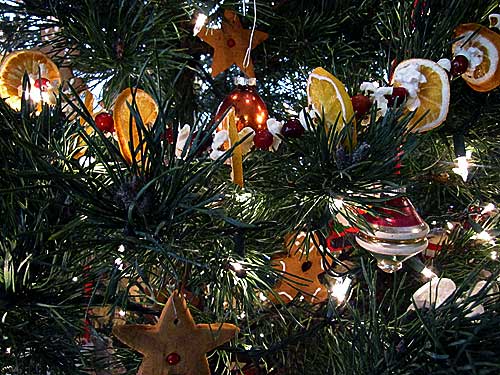 Stringing popcorn garland is easy, but if you haven’t done it since you were a kid, or if you just want to see how I make mine, here’s my tutorial with teenagers! 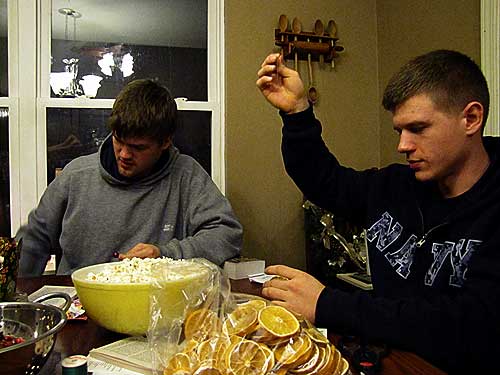 To string popcorn garland, you need a big pot of plain (no butter, salt, etc.) popped corn. Stale is best because it softens a little, but you can use fresh-popped, too. 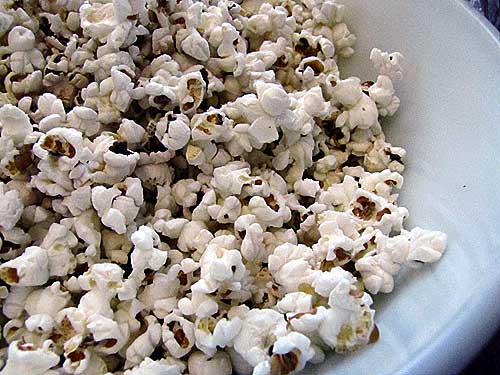 I also use fresh cranberries…. 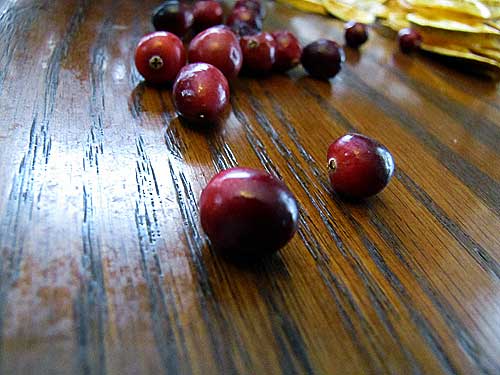 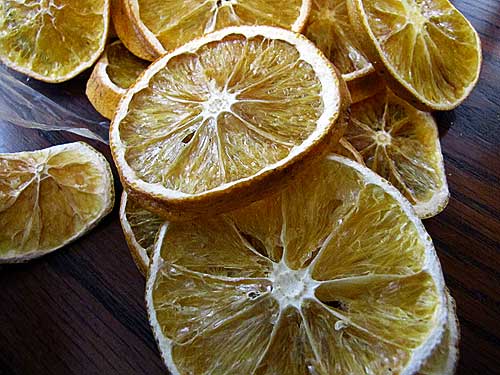 You can dry the orange slices in your dehyrdrator or in a low oven. Alternatively or in addition, you can use dried lime and/or lemon slices. 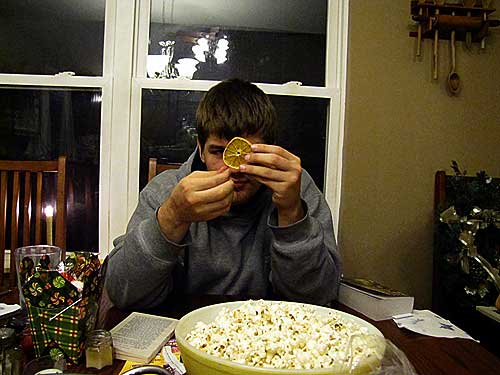 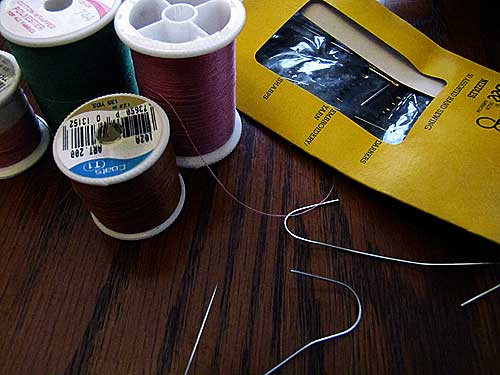 I like to tie an ornament hook onto each end for attaching the garland to the tree, but it’s not necessary. 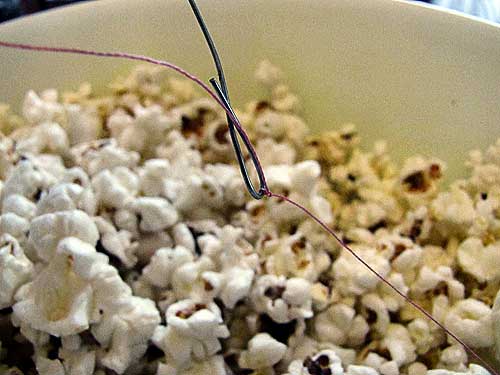 Start stringing! Create a pattern to repeat over the length of the garland–I do it differently every year. It doesn’t really matter–it all looks pretty. 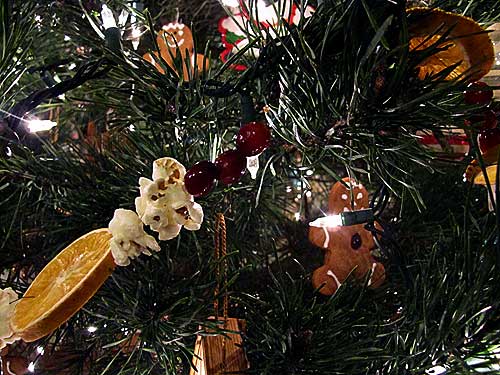 I like to use about four feet of string at a time. If you try to do longer than that, the string tends to get tangled. I double it up then slowly pull it out as I go because that makes the early stringing go faster–less thread length to pull the popcorn, cranberries, and orange slices through. 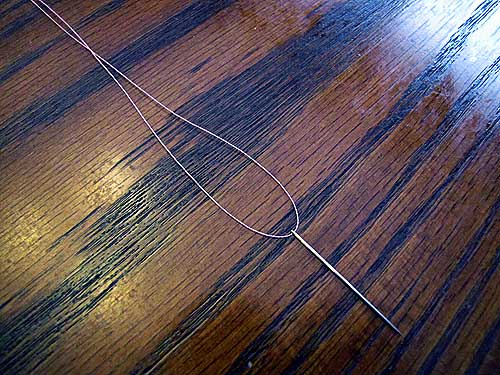 Ross doubled his string but never pulled it out. 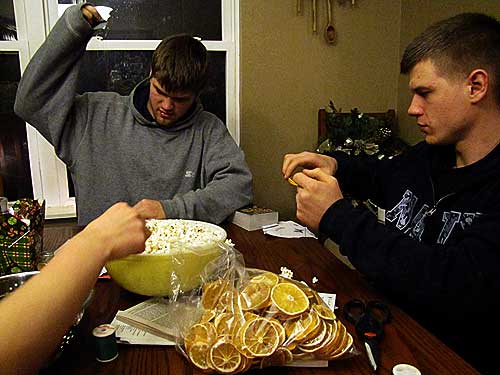 This resulted in him finishing twice as fast as anyone else. 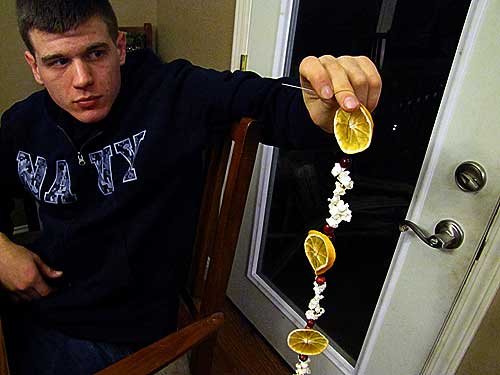 His reward was a second string because he CHEATED. Those Navy boys, can’t trust ’em, they’re too clever. They also sew quickly. Ross used to sew in the dark in his bed at boot camp because often that was the only time he had to work on his uniform. 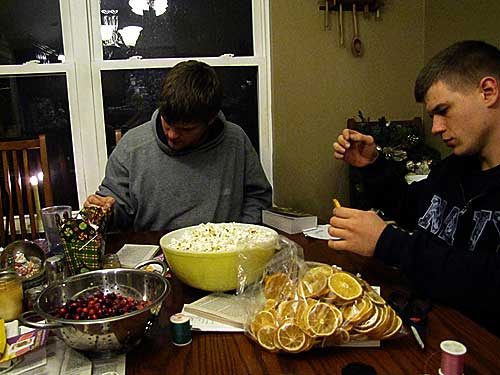 I usually string the orange slices by poking the needle in on one side, just inside the peel…. 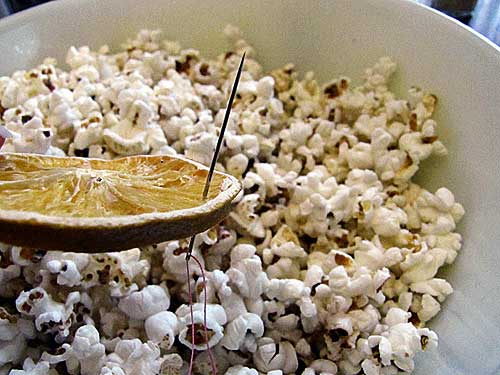 …..then poking it through again on the other side, which makes the orange slice hang straight along the garland. 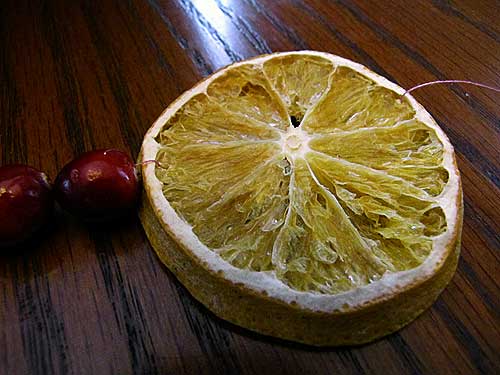 Or you can just poke through the slice once, right in the middle. Morgan likes to do it this way, which has the result of taking up less space on the garland. Behold the comparison: 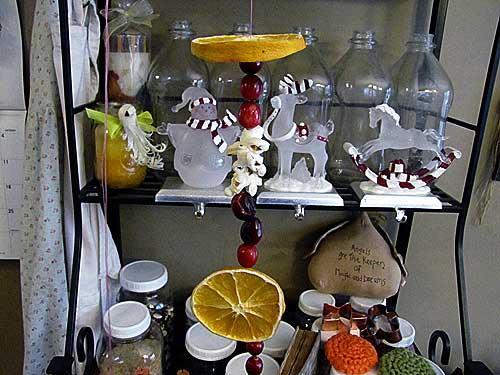 Morgan did all of her orange slices this way, so she finished her garland last. 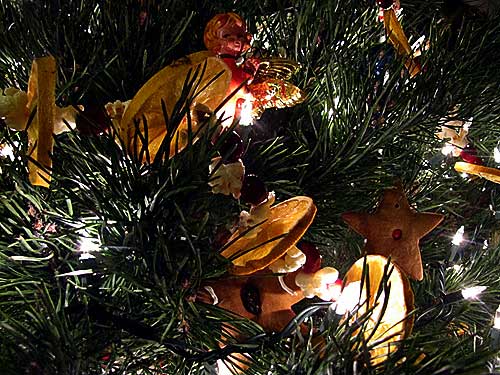 She didn’t care. She was very studious at her task. 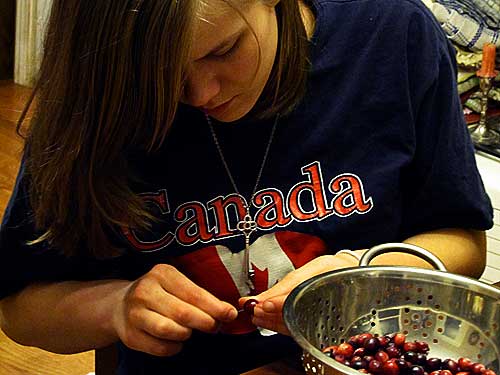 Making popcorn garland takes time, but it’s an easy craft and if you rope in some helpers, it goes pretty quickly. 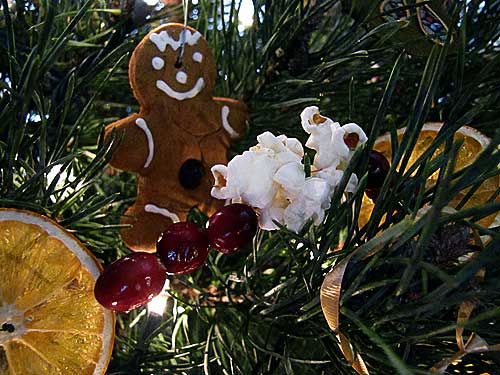 How many lengths of garland you need will depend on the size of your tree, but I usually use about five or six of the four-foot lengths to cover the bottom, middle, and top portions of the tree. It takes about 20 minutes to string each garland. 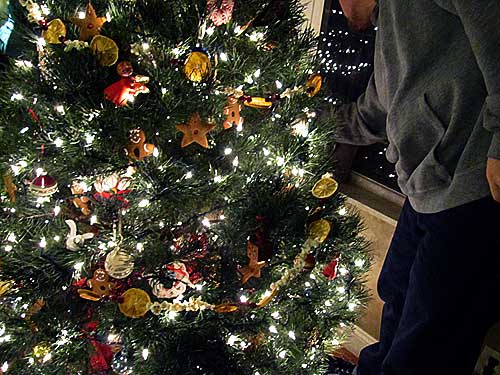 If you’re doing it by yourself, turn on a favorite TV show or listen to the radio while you string. Once you get started, there’s a peaceful, rhythmic quality to it and you’ll feel so much satisfaction when you drape the beautiful garlands on your tree. 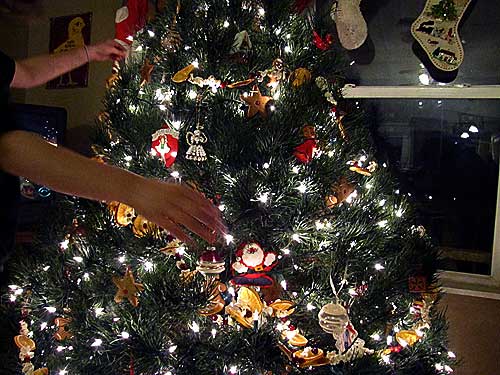 I had the kids each do one length while I did one, then I finished up with a couple more. Asking teenagers to string more than one four-foot length of garland is a bridge too far, especially if they are boys. 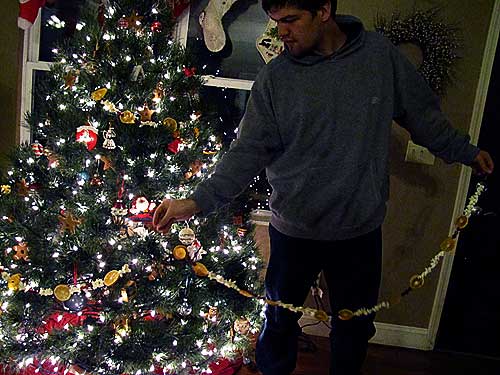 I don’t feel like my tree is “finished” until there is popcorn garland on it. 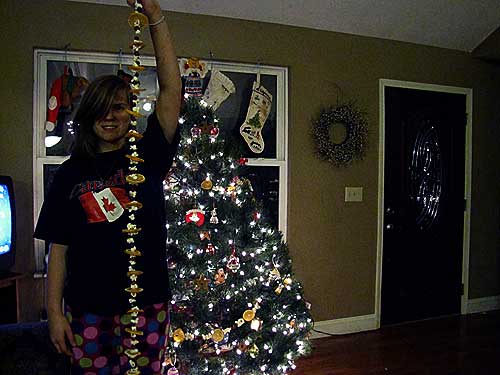 It’s quaint and old-fashioned. I decorate my tree with ornaments that are either sentimental or vintage or homemade–lots of gingerbread men and cookie stars, and always, always, always, my popcorn garland. 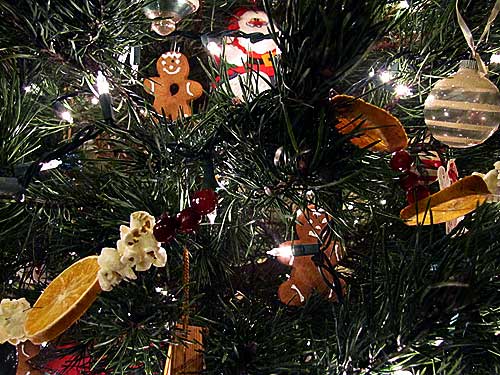 After Christmas, I pull the popcorn, cranberries, and orange slices off the threads–it all comes off pretty quickly. I pull it off over a big bowl or pan. The popcorn and cranberries go to the birds and chickens. The orange slices go into a potpourri bowl. 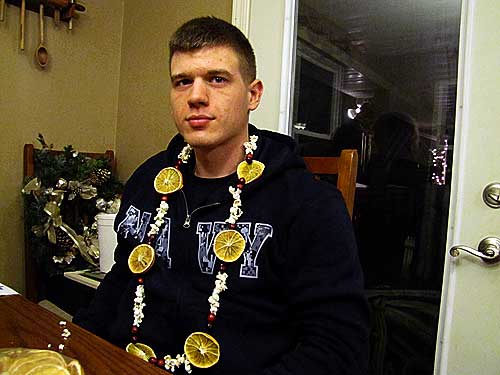 Or, you can always wear a popcorn garland as a necklace!