Yesterday I went out to drain the cistern under the house and I couldn’t remember if I’d ever posted about it. It’s just one of the numerous oddities about this old house. There’s a tank of water under the house.

Because I’m so dense, I never thought twice about this little setup to the side of the back porch for the first few months I lived here. 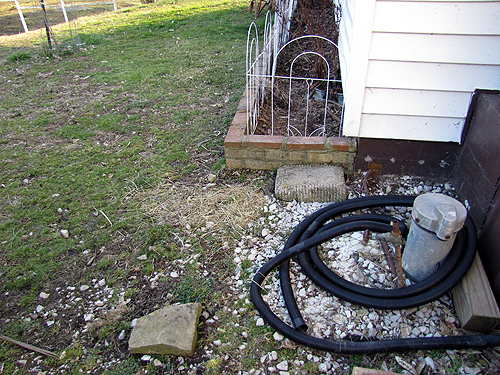 Last week, I was conducting a fun little survey with my friends of my good and bad points. My friend Jerry kindly noted that my good points included such things as being adventurous, energetic, a dreamer, and good at business (as long as someone else is doing the books–Jerry grasps that I can’t do math). My bad points are that I’m flighty, helpless, and hopeless, which he summed up as a nutjob. He based this on my total lack of knowledge of anything construction, car, or mechanical related. He noticed that I had new tires and I told him that someone had pointed out that the wires were starting to show through on my tires and I needed new ones, asap. Perfect example, he said–I was driving around with tires that were about to blow and had NO IDEA. Because I don’t notice things like that.

Or things like this little setup sitting to the side of my back porch which I walked past every day. 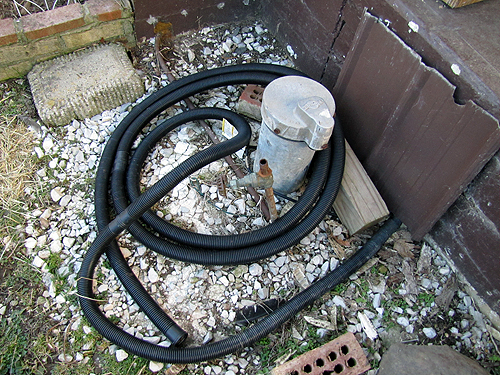 I asked the previous owners about it and they told me, yeah, there’s a cistern under the house and that’s a pump. Every once in a while, especially after it’s been raining a lot, you need to drain it.

So I promptly plugged the pump in, hung the hose out toward the driveway, and water poured out for nearly an hour. Wow. The previous owners told me they used the water in the summer to water the gardens. 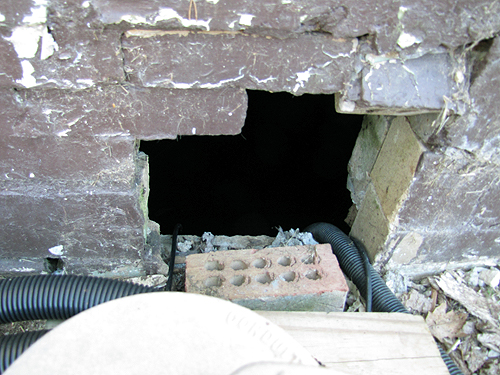 Here’s what it looks like in there, using a light. 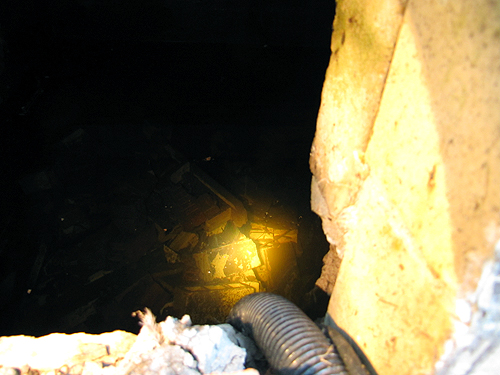 Morgan is sticking the end of an umbrella in here–where the tip of the umbrella is, that’s the water level. 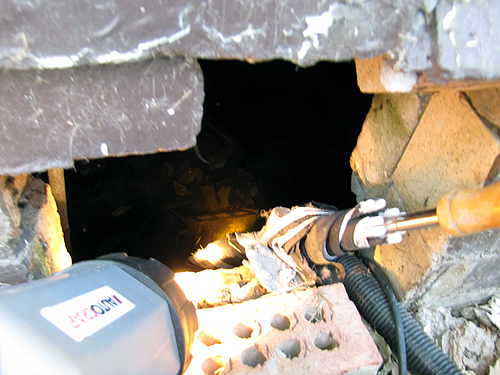 I have no idea how much water this tank holds, but it’s a lot. A cistern, according to the dictionary, is a tank that collects rainwater. When the granddaughter of the long-ago family who lived here with 13 children stopped by, I asked her if they used that water for their water source back then. She said, yes, and it was the coldest water in the world. (It doesn’t even look clean to me!)

I find it slightly creepy to have all this water under the house and sometimes worry about what’s going to happen if I ever forget to drain it. Which is a likely incident since it’s true that I can be flightly, helpless, and hopeless and forget things like that.

When I went to drain it yesterday–Morgan wanted to wash the road salt off my Explorer with the water–the cistern pump wouldn’t turn on when I plugged it in. Adam’s coming over later this week so I’ll have him look at it and see if I’m just doing something wrong (not impossible!) or if I need a new pump.

It’s been raining and snowing a lot lately, so I hope the house doesn’t float away in the meantime!

Okay, who has a cistern under the house? Raise your hands. I know somebody else does! How would you feel about having a big tank of water collecting under your house? Am I the only one who thinks a monster might take up residence there?! The Loch Sassafras monster….. 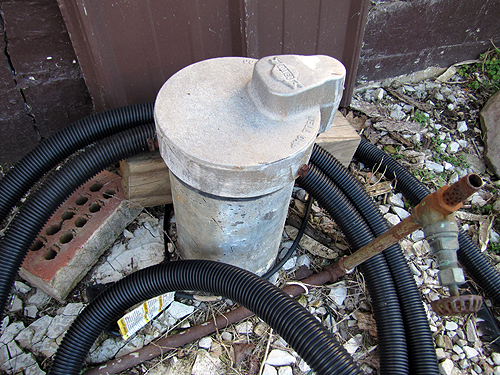 YOU KNOW IT’S DOWN THERE.