The studio at Sassafras Farm is built over the old cellar. The cellar was built into a hill behind the house, and the studio was, of course, a later addition. It backs to the house and faces out to the upper pastures. 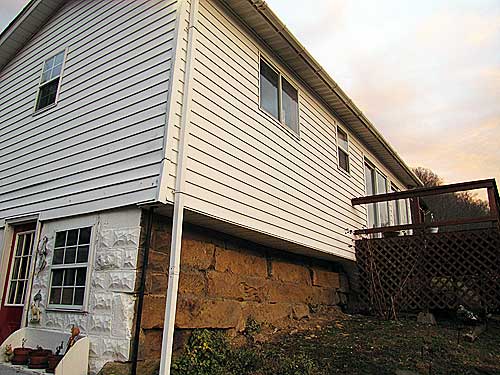 It’s accessed by the steps to the deck from the driveway. 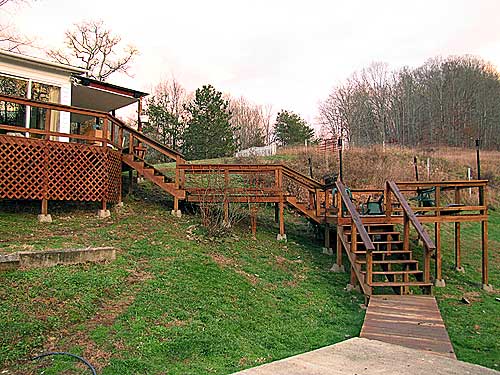 Or by a stone path that leads around the other side to the back porch of the house. 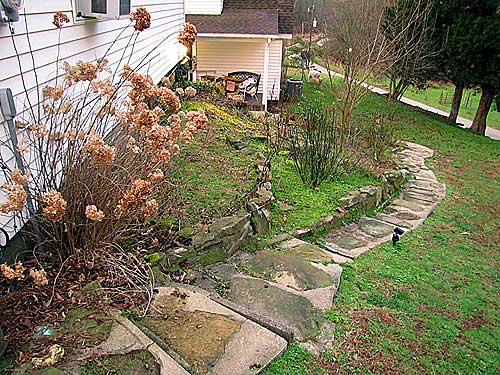 The space is amazing in its bones. In the details, it’s a total gut job. (Note that the studio is currently a major landing area for unpacked boxes as well as furniture that doesn’t fit anywhere else.)

As it currently exists, there is a small but complete kitchen in the rear. It has a gas stove, small fridge, dishwasher, etc, and they even left a microwave. 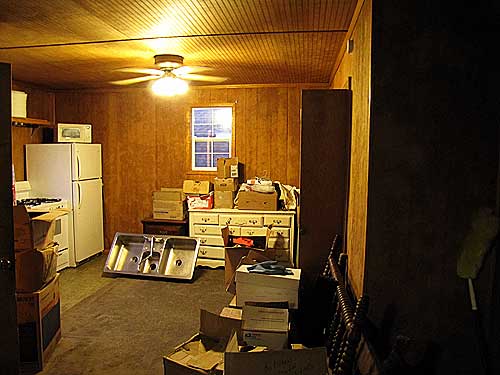 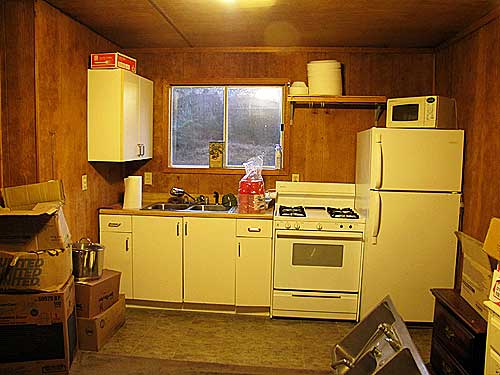 There is a large closet taking up quite a bit of space to the right side of the kitchen area. 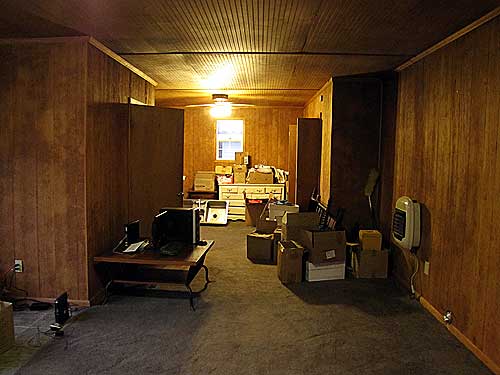 Oddly, when I first saw the studio, there was a bed in the kitchen. Right next to the kitchen sink/cabinets, etc. It really was just about the only place to put a bed, I suppose. This studio is really not big enough for a kitchen, bed, and sitting area. The only bed that would fit in here would be a Murphy-style bed or a sleeper sofa. As I mentioned before there were two men living in the house at the time I first saw it, and the sister of one of the men lived in the studio. 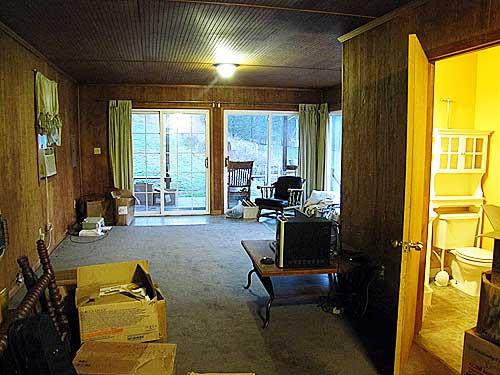 There is also a full bathroom in the studio with a shower.

In order to create a health department-approved commercial kitchen for classes and anything else I may want to do with it in the future, numerous changes will have to be made–which is why I say this is a total gut job. Aside from my “wants” there are also specific codes that must be followed. The flooring is unacceptable as is. (Carpet is a no-no for commercial approval.) I’m not sure about the walls, but they are most likely unacceptable and will need sealed in some way at the least, if not drywalled. I appreciate wood, but the studio walls and ceiling make the space very dark–in spite of the walls of glass doors. I like light and bright and airy. And of course, the kitchen setup as it stands is also unacceptable for commercial purposes.

However! What fun! I get to reimagine it and recreate it. The space itself is perfect. Here is what I see.

Closet–ripped out. It’s taking up space in my kitchen. The kitchen should wrap around all three rear walls, big commercial sink and so on. Huge island in the center of the kitchen space for demonstrations and classes, surrounded by bar stools for students. The walls and ceilings redone to make the space light and bright and airy, just how I love it.

In the outer sitting area, there is room for a large dining table for entertaining and other gatherings.

The views are awesome from the walls of glass doors. 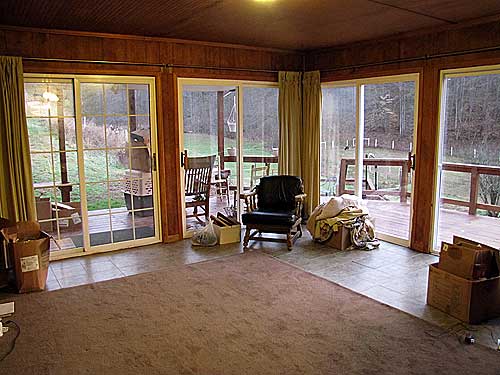 There is a great multi-level deck leading off the studio going out to the upper pasture or down to the goat yard and barn area. 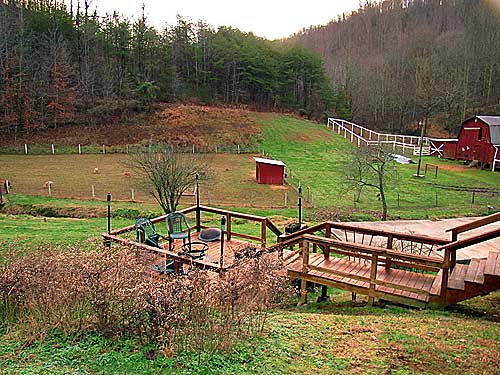 The possibilities this space offers are HUGE. And while I was much closer to achieving my dream of a commercial kitchen for classes and more with the work I’d done at Stringtown Rising, this space is SO MUCH BETTER. (And I don’t regret the work I did on my downstairs project at the other farm. That space is now a “sellable” space whereas before I did the work on it in the past year, it looked like a disaster. Now that the house is on the market, I’m glad to have the space in a marketable condition that adds value to the property. I didn’t know that’s what I was doing at the time, but sometimes life works that way.) It will take me longer to achieve my dream here, but my dream here is so much bigger because the space offers so much more potential. 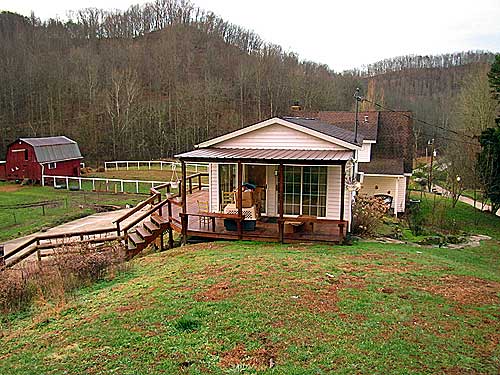 The studio doesn’t offer any space for accommodations, of course–and neither does the house, since it’s quite small. BUT! Here is the direction I’m headed now: I want to build cabins–and there are many sites on this farm that are suited to this idea. (Not in the house area–along some of the nature trails at the base of the hillsides.) I’m thinking about cabins such as these–with the studio as the gathering/dining/teaching space.

So, as you can see now, this is a goal I’ll have to accomplish in stages, but I’m very excited about the potential here. Watch me make this amazing space happen!

I shall start with unpacking….