I’ve been doing a lot of playing with soaps in the past couple of weeks. Here are three more. The first one is a cherry-scented soap. I took out a small portion of the soap mixture after it came to trace and mixed in red soap coloring. 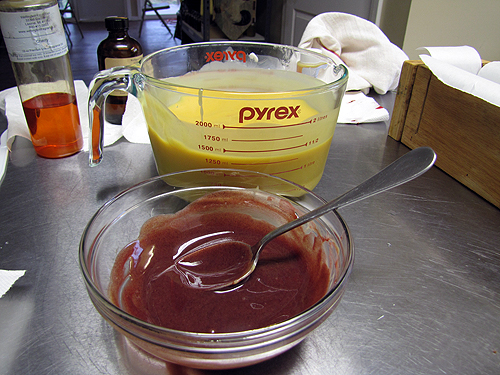 Then I layered part of the plain soap mixture in the mold. 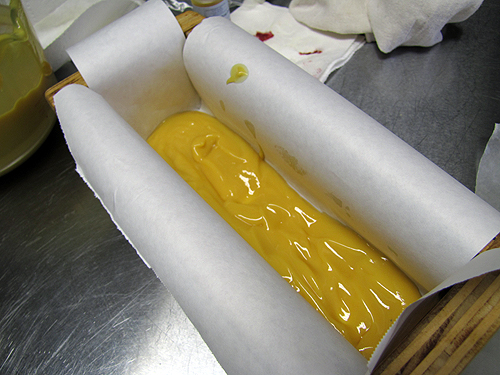 I wanted random streaks of red through the soap, so I drizzled in some of the red. 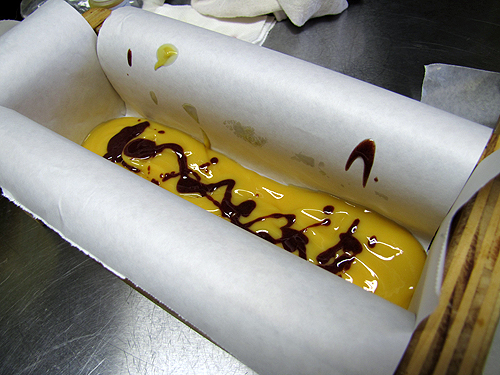 And more of the plain. 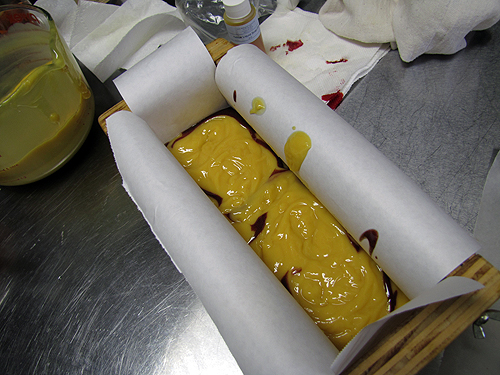 And more of the red. 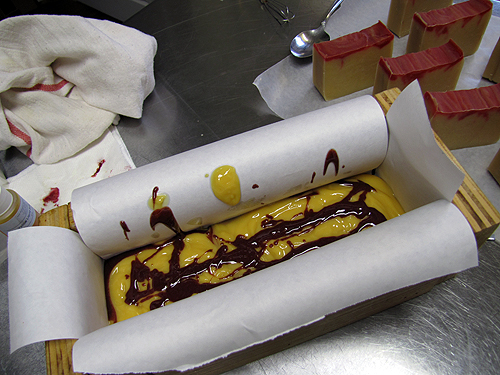 And so on, until all the soap was in the mold. 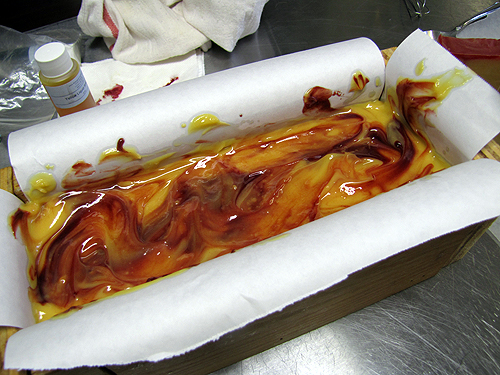 And this is the result. 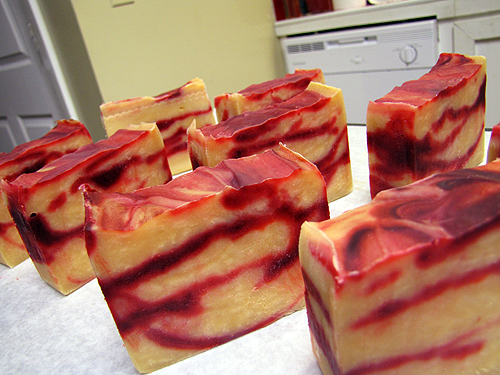 Then I made a soap with lemon pound cake fragrance, which was the base of my inspiration for how I wanted the soap to look–reminiscent of a pound cake. I divided the soap mixture in two parts. The bigger part of the soap mixture, I didn’t use any soap coloring (though it was colored some by the fragrance oil itself–some fragrance or essential oils will add color to soap, and some don’t) and I added about a teaspoon of dried lemon peel. I poured that part in the mold, then added some yellow soap coloring to the smaller part and poured that on top. I wanted to make an effect that was like how a loaf cake will rise in the center when it’s baked. Here, the soap is in the mold, tamped down, with a flat top. 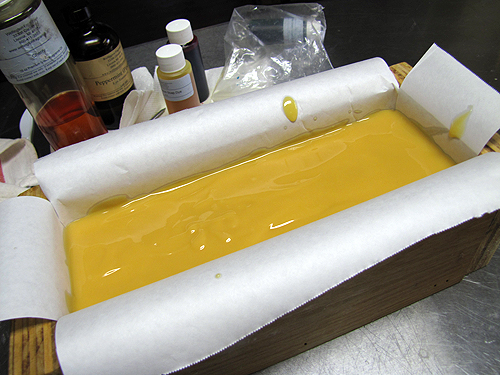 I let the soap sit about five minutes, enough time to start setting and thickening some. Then I used a spoon to mound the soap up toward the middle, to recreate that “risen cake” center effect. 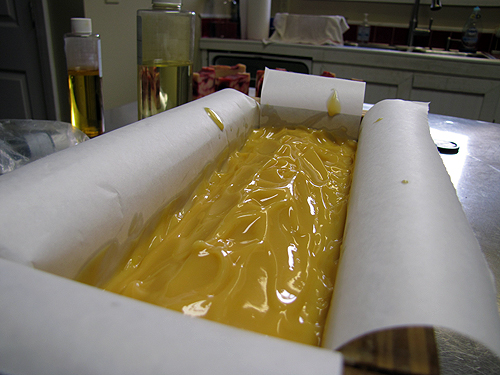 This is how it came out. 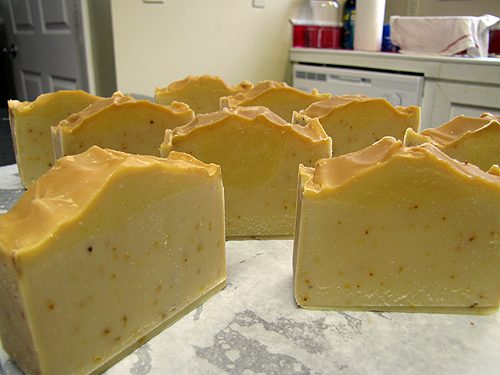 And then this one–my favorite, really. I think it’s so pretty. It’s a half and half milk soap–meaning, the bottom half of the mixture (to which I added ground oatmeal) is made with water, so that it will stay light and nearly white. 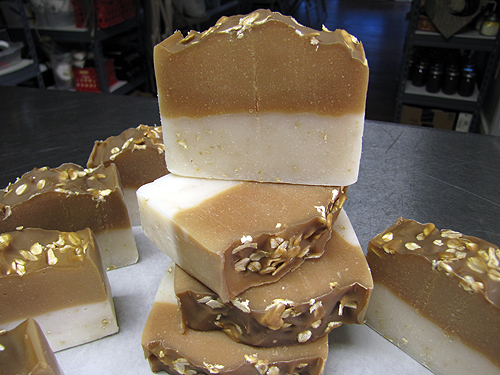 The top half is made with milk, and has pieces of oatmeal embedded in the top, which I pushed into the soap lightly, to make it stick, after putting it in the mold. 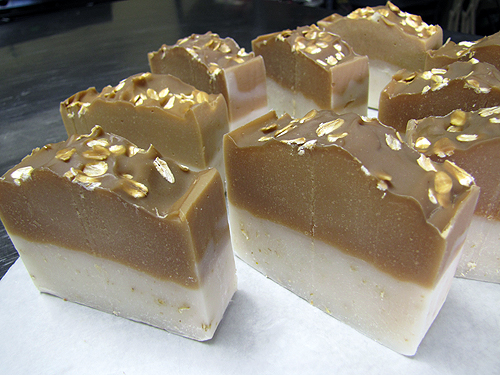 I’ve been making a lot of candles also, in matching scents. 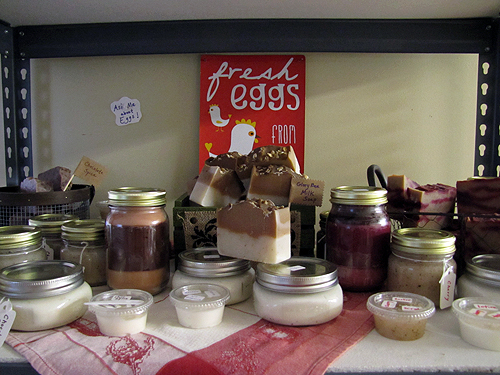 I have four shelves full of product in the studio. I have workshops coming up the next three weekends in a row, then two more in a row after Thanksgiving, until I stop for the year in mid-December.

Winter is my season of (workshop) rest!

Note: I used the same recipe you can find here in my hot process tutorial, only I made these soaps with the cold process method.