We don’t think much about the internal life of the trees around us most of the time, but it’s in the fall that they remind us that they do have a life of their own, which only happens to intersect with our pleasure. Leaves are green in the growing season as trees use them to inhale as much of the sun’s rays as they can process, but as the days shorten and the temperatures cool, trees shut down for winter, like an Icee stand on the beach. They stop feeding the leaves in order to focus energy on the trunk and roots. In survival mode, leaves are disposable. Their job for the year is done. They are the migratory workers of the trees. 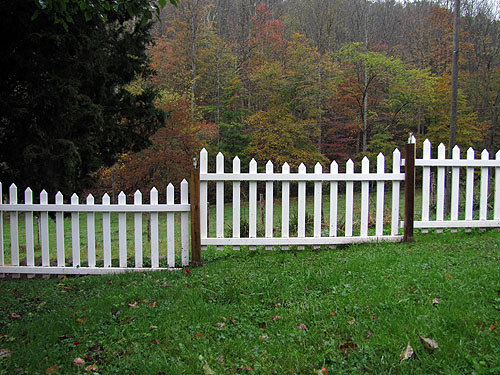 While most of us bemoan their disappearance, they do hold a fantastic parade on their way out. States in the northeastern U.S. (and also, oddly, Eastern China) are known for the most striking autumn color due to the combination of rich climate, cold nights, and sunny days, but some of the most gorgeous fall color anywhere can be found right here in West Virginia. Not only is 80 percent of the state forested, but the greater diversity of plant species and milder temperatures promote a longer-lasting foliage season. 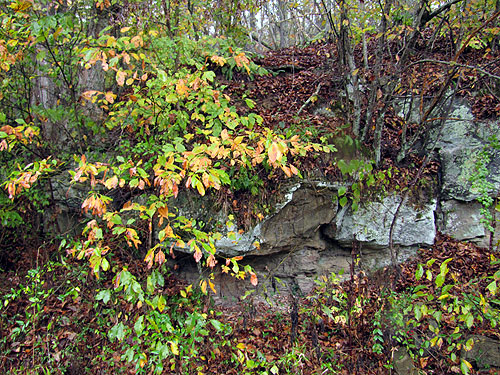 The best fall color occurs when the growing season includes plenty of moisture followed by a sunny, dry fall with cool night-time temperatures (but no frost). Too much wind or rain, or an early frost, can cause leaves to drop before they reach their full potential. 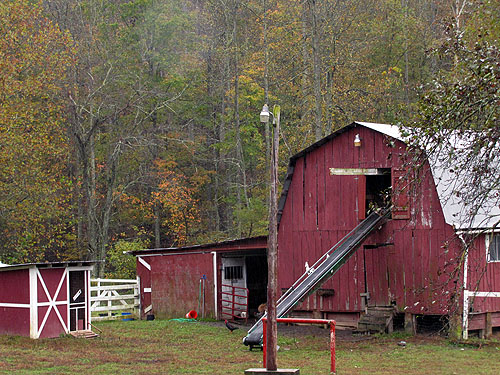 We’ve had plenty of good conditions this year for a great show, but I’m just not seeing it. I’m seeing half the trees bare already, just as the color is really coming out on the ones that still have their leaves. It’s a little disappointing.

But in other news, I’m liking what I see in the woolly worm report. This woolly worm crawled right inside my house to give me the forecast. 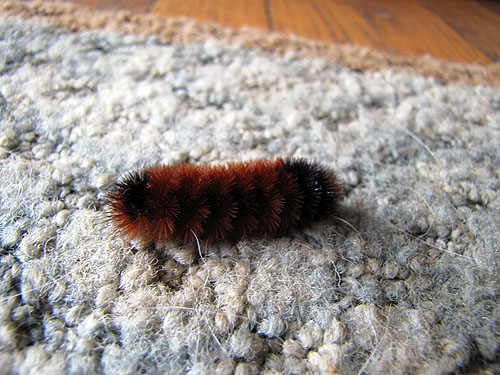 As the story goes, the longer the middle brown band on a woolly worm, the shorter and milder the coming winter. The shorter the brown band, the longer and snowier. This tale is backed up by studies (really) that put woolly worm accuracy at 57 percent. (Close to your average TV weatherman.) I see a lot of brown here!

How about you? How’s your fall display? What are your woolly worms saying?