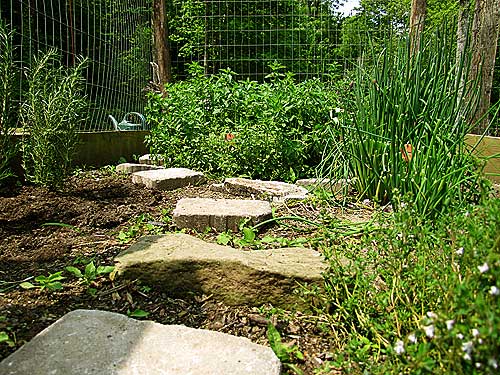 When the large raised bed where I’ve been growing herbs for a couple of years was transformed to a little herb garden with a gate (and fence), I started plotting right away how to design it. I didn’t want to do something formal with it–that wouldn’t really fit in with our farm–but I wanted to do something both organic and intentional. Organic meaning, certain elements were already in place and weren’t moving, i.e. several perennial herbs. I wasn’t going to suddenly turn it into one of those cute wagon wheel or Celtic knot herb gardens. I didn’t want to dig up and move around my healthy perennials that were already thriving just where they were. So, instead, I took a casual approach to it. My goal was to be able to walk about amongst the herbs in some way that was functional and pretty. I wanted the feel of a meandering path. Would you like a tour? 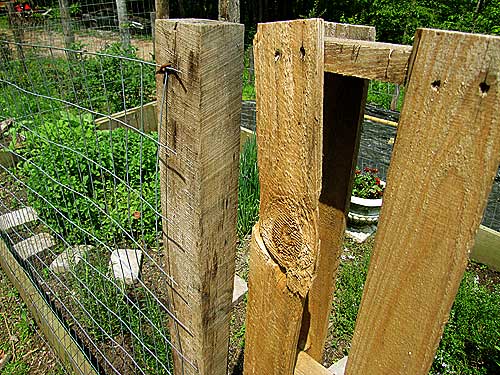 I started out with a few natural stones, but decided from a functional standpoint, they weren’t that comfortable to use. 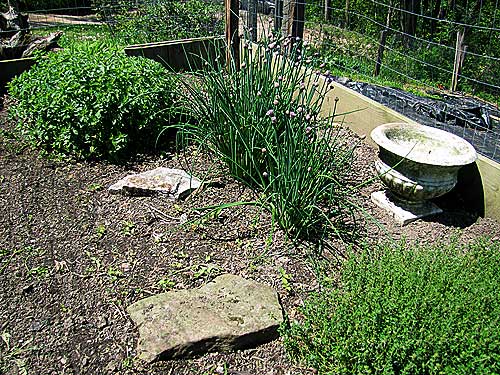 I wanted flat stones, easy to walk on. I ended up mixing a few of the natural stones (from the river) with some small pavers from Lowe’s. 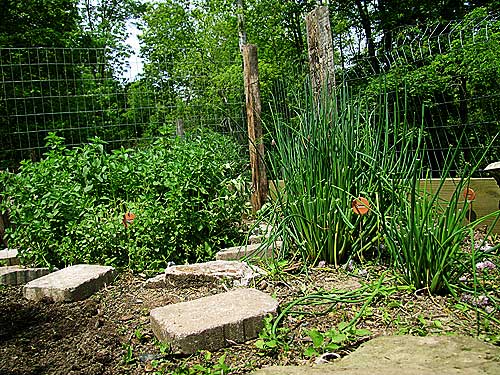 I let the existing plants (sage, chives, oregano, and thyme) guide the path, leaving space for the new herbs that would be coming, putting out enough stones to easily take me through the garden to harvest. 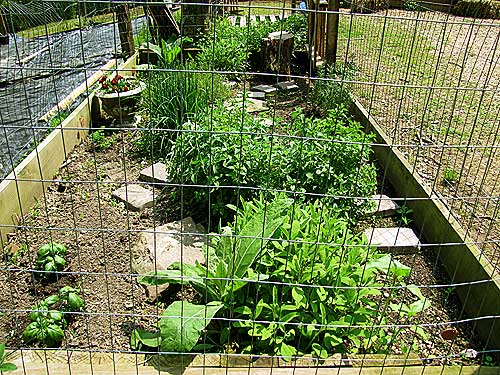 I added some inexpensive herb markers just because I think they’re cute. (I got them here.) 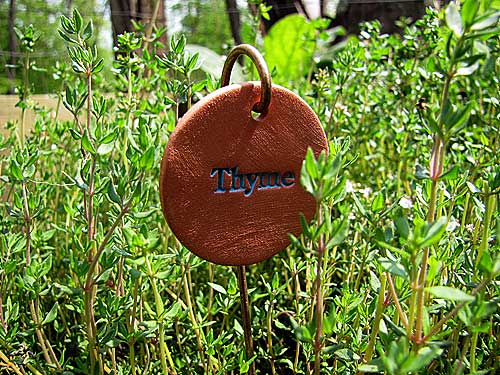 I brought in this weathered decorative planter for flowers. I wanted a bright spot of color among the green of the herbs. 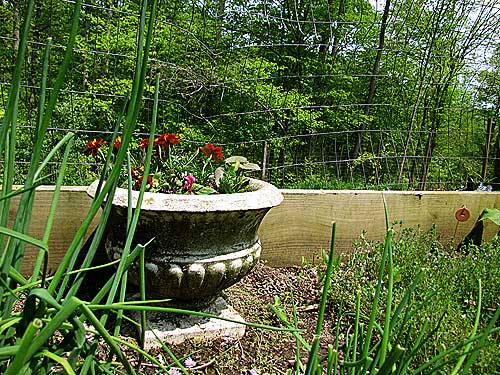 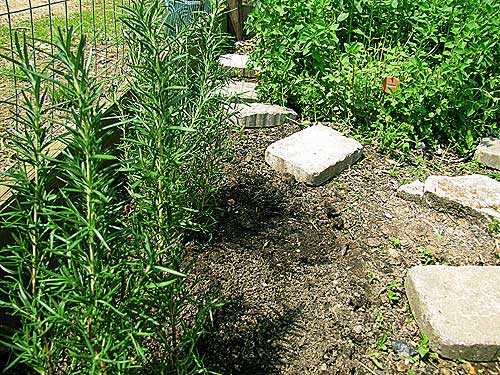 I’m thinking some morning glory vines growing at the corners of the fence would be nice. I’m sure I’ll be playing with this little herb garden for years. I’ve always wanted a dedicated herb garden–and now I have one! 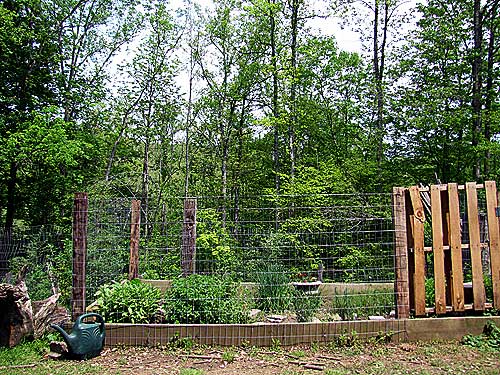 The gate opens out, by the way–which prevents the dogs from pushing in.

I rolled this big log over and into the garden to make a seat where I can sit amongst the herbs and dream of pesto. 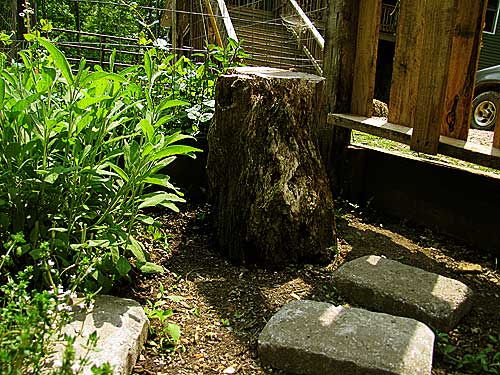 Or just be lazy and watch through the back fence of the herb garden while 52 toils over vegetables in the main garden. Maybe throw spit wads at him then say, “Who, me?” 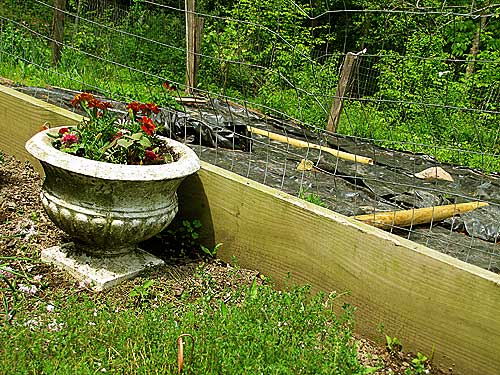 Or laugh at the chickens because they can’t come in! 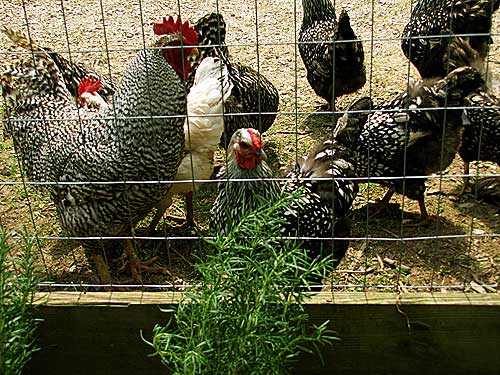