Adam was over here this week helping me put a few more taps in my maples, among other things. After we finished, he showed me one of the ways pioneers–or anyone today who doesn’t want to spend the money on pipe–could tap a maple. It’s a bit of trouble, so not something most people would do today, but he pointed out that pipe costs money and if someone is putting in a hundred taps, that really adds up. 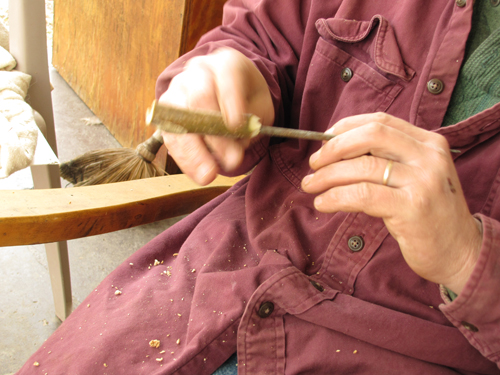 He cut some box elder branches from my farm and showed me that the center of the wood is soft. Hollow it out. 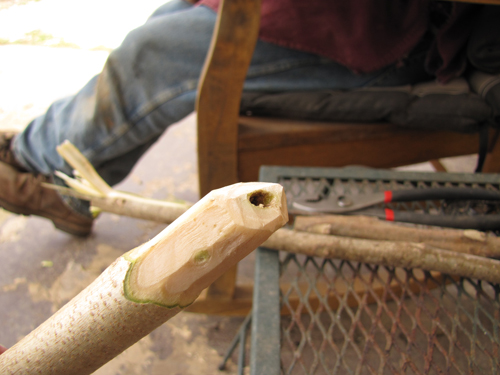 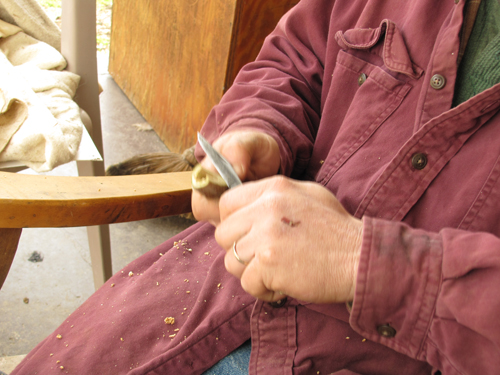 And there you have a free tap! 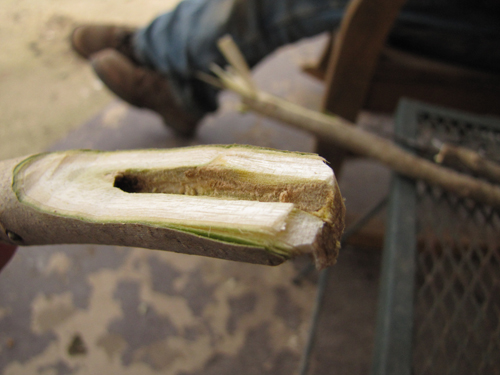 Of course, this takes some time, so if you wanted to put in a hundred free taps like this, you should have started working on it around Christmas…..

Another one that works well is elderberry branches, but since elderberry is good for berries (!), it’s better to choose box elder, which is good for nothing–other than making pipes. And pipes made from box elder could be used for all kinds of other purposes, too. I hadn’t even thought about what people would do in the old days for pipe. It’s not like they had a handy hardware store nearby, and often they had little money anyway. And yet they still wanted maple syrup. Of course. Who doesn’t?!