In developing a worthy excuse for being so behind in getting our garden planted, I decided to plant by the moon! Ha! Now I’m just smart, not delinquent. Everyone else around here has been planting for the past two weeks (after the last frost date passed) while we are just now getting started. Now it all makes sense. As there was a new moon yesterday, we did our plowing as we should have (on Thursday then again on Saturday), in the fourth quarter of the moon, and we’re starting to get our plants in the garden this week–during the waxing moon. 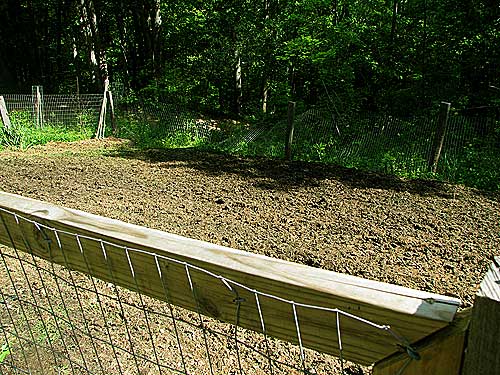 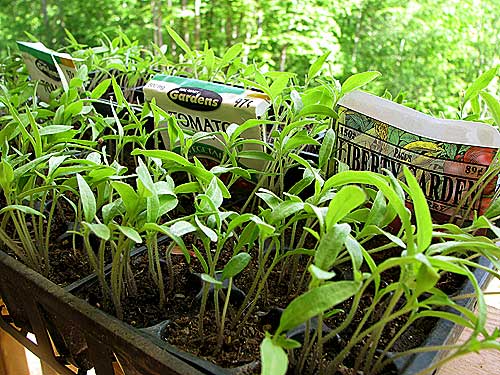 A few other things you should do during a waxing moon include taking cuttings, transplanting, picking fruits and vegetables that are intended for immediate consumption, and gathering herbs.

A waning moon (full moon to new moon) is the best time to plant all the bienniels, perennials, bulb, and root crops, particularly during the time between the full moon and the third quarter. (This includes trees and bushes. I’m so excited that we planted a dozen fruit trees about a week and a half ago–perfect timing!) The fourth quarter, leading up to the new moon, is the time to weed and cultivate and plow. 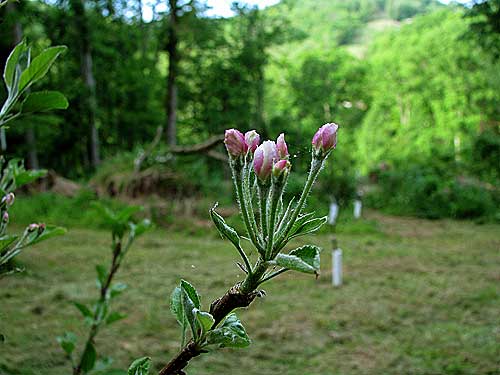 (Blossoms on our newly-planted apple tree. See how happy it is to have been planted in the waning moon?)

You shouldn’t plant at all on the exact day of the new moon or the full moon, or on the first and last quarter moon days. Those are considered “barren” days.

Planting by the moon is an ancient practice–but did our forebears know something we have forgotten in our world where, in many places, people can’t even see the moonlight for all the streetlights? Does it not make sense that the strength of the light during the various phases of the moon has an effect on plants? 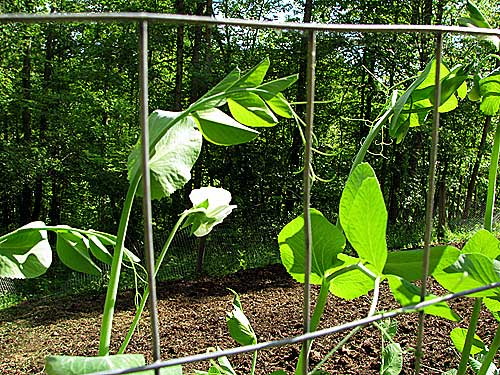 If you want to read my entire list of reasons why I’m so smart to plant this late (aside from following the moon), read my column today in the Charleston Daily Mail!