Now that it’s March, and spring, while yet a dream, peeks out from the horizon, I’ve been inspecting the beds around the house and studio, trying to talk myself into cleaning them out to prepare for the growing season. On the side of the studio between the driveway and the studio, there is something of a knoll. 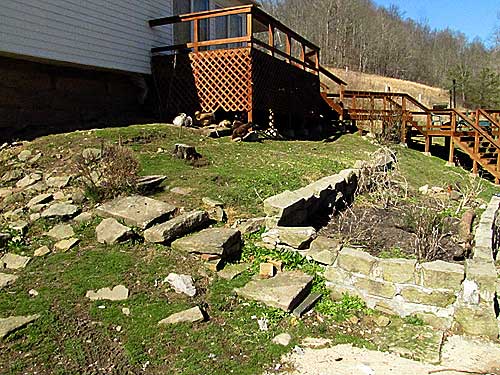 I don’t know why, but until yesterday, it hadn’t hit me that there’s grass up there. GRASS. How are you supposed to mow that? Grass just seems like such a bad idea there. Seems like a better place for some low maintenance ground cover, but there’s all the grass in the way, so that doesn’t sound like an easy solution.

There’s a stump in there, so there used to be a tree, and there are some rocks scattered around, possibly scattered from age and neglect. It looks as if some of them were originally set up to be a little path/steps. There’s a rock-bordered bed at the base of the knoll where the previous owners grew pepper, tomatoes, and herbs. There’s actually still a rosemary plant in there that has dried over the winter, and there are several dead branchy pepper plants. Unless the chickens are completely locked up, I won’t have much luck growing anything in it.

There are a few flowers randomly tossed about on the knoll, and hark, there are even blooms! 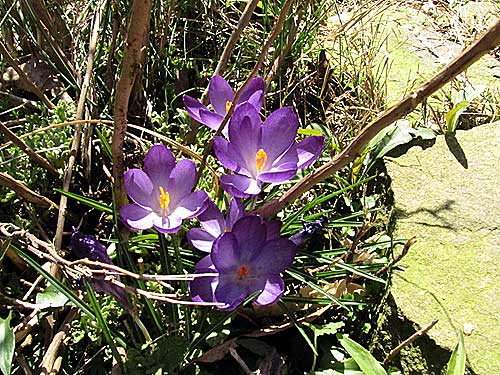 At the far end of the knoll near the deck steps, there is a large viney rose bush. 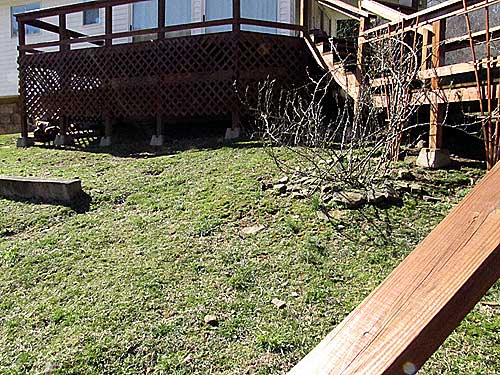 All together, this area looks like a big challenge.

So let’s forget about it for a minute and look around at the other side of the studio! After all, I don’t even have a lawnmower!

Here around the other side, things look a little more manageable. 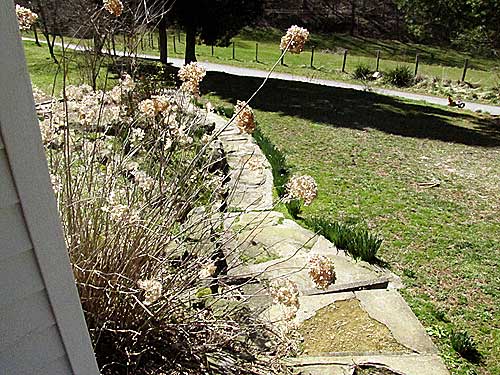 Except….wait…..that’s grass in there, too! 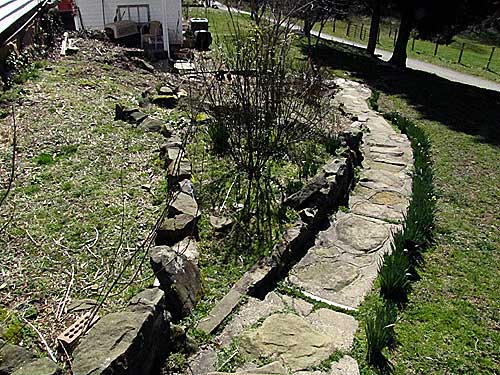 What is that about?!

I do, however, like the line of daffodils along the path.

There are also several rose bushes in here and two small trees. 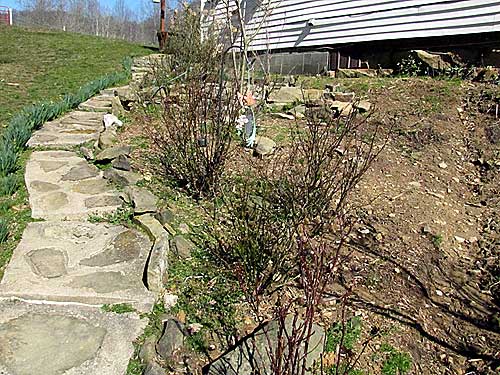 And a slight mess left behind by running the public water line to the studio.

Coming around to the front of the cellar, which faces the back of the house, there’s some ivy that needs a haircut. 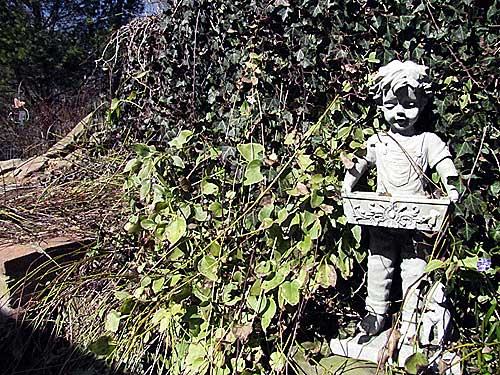 The beds around the front of the house really are more manageable. No grass! There are two short, matching trees (?) or bushes or something on either side of the front steps. 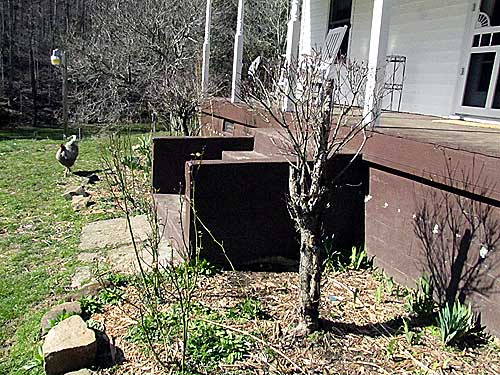 Whatever they are, they appear to have been pruned in the fall. There are also several more rose bushes in these gardens, along with some stalky dead annual plants. 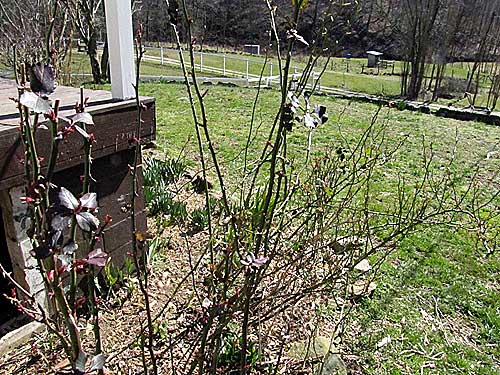 I can spiff these beds up for spring pretty easily. Pull out the dead annuals, put down some new mulch, and scatter in some fresh annuals. Hang some baskets from the porch, and I’ll be good to go up front! 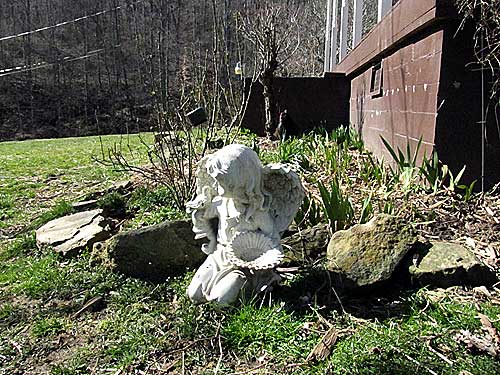 But back around the studio–ack. I’m unhappy with those inconvenient grassy patches–seems to me that is always going to look bad and be a hassle on upkeep–and it’s an area visitors will see the most. Suggestions are welcome! Got a weird spot like this? What do you do with it?