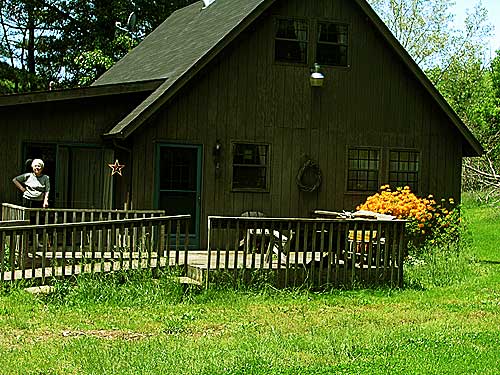 Georgia calls me about once a week in the spring to tell me to come over! And bring my camera! She has a new something blooming! Sometimes I do. Sometimes I forget or get too busy. Then she is very disappointed in me. Only she doesn’t say that. She just calls the next week with the next bloom. In between times, she calls me for no reason at all. Or because somebody she knows is in the hospital. I am up on all the medical events of everyone she knows. I always pretend I know who she’s talking about because she assumes I know everyone she knows even though I usually have no idea what she’s talking about.

But if you need a health update about anyone in town, just let me know. I’m plugged in. 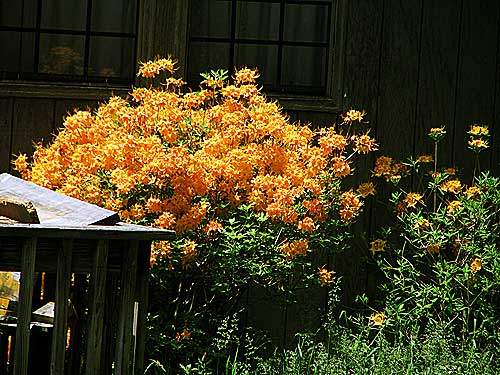 The first time she said boosh to me, I wouldn’t have known what she was talking about except that she was pointing to a bush. Georgia grew up on a farm outside Glenville, West Virginia. They must have a different dialect there. I just love it when she talks about booshes. 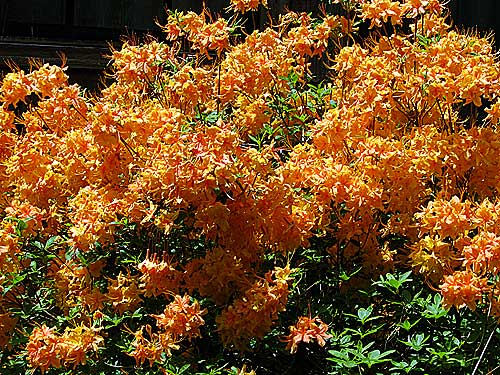 This orange boosh is at its peak, covered up with blooms. 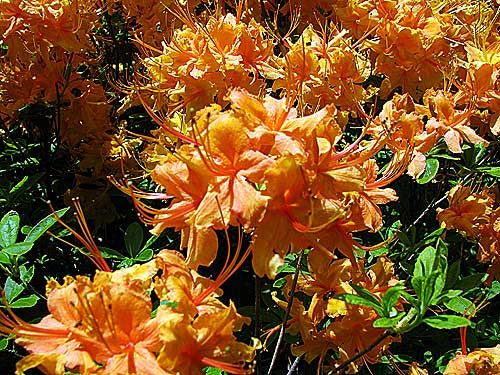 Only we don’t know what it is. 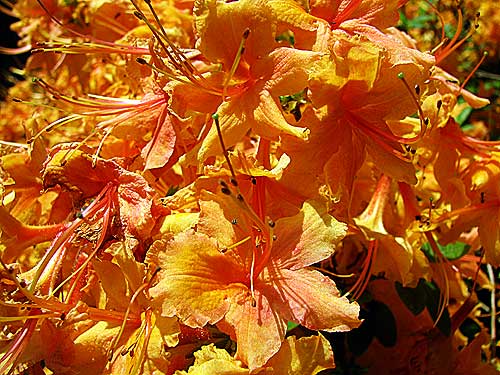 It looks like a cross between an orange honeysuckle and an orange azalea. It grows wild around here. 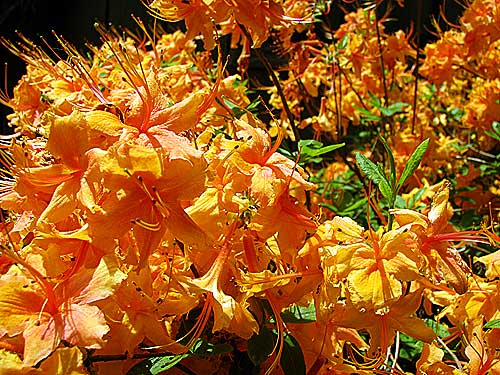 Georgia transplanted it from the wild to the side of her front porch a number of years ago. It can be found in shady woods. (See it there in the center of the photo below?) 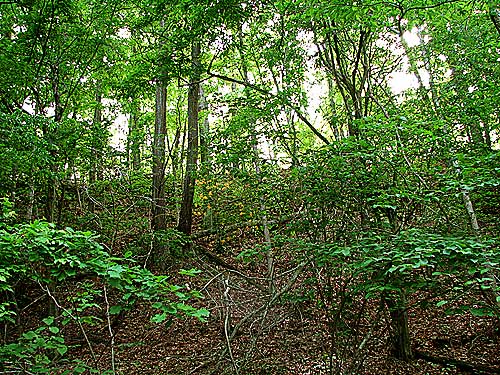 This one’s growing on the hillside across from our farm. 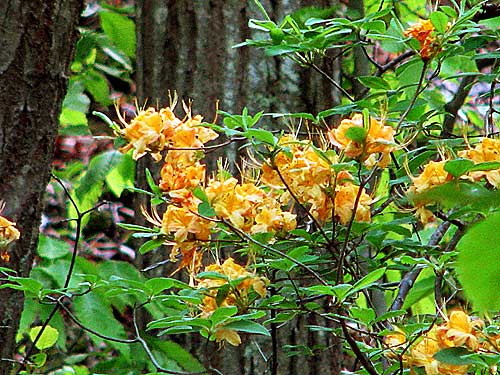 I used to know the name of it because Georgia told it to me at one point. 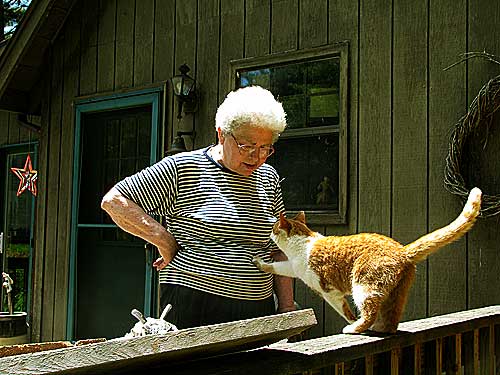 But now we can’t remember. Me and Georgia, we have faulty faculties. 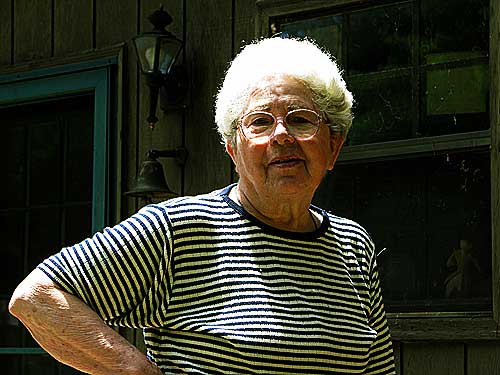 I asked my cousin, Mark, and his wife, Sheryl, and 52, but nobody knew what to call it. Then I ran out of people to ask who could see the boosh in person. I told Georgia that I would ask the internet. 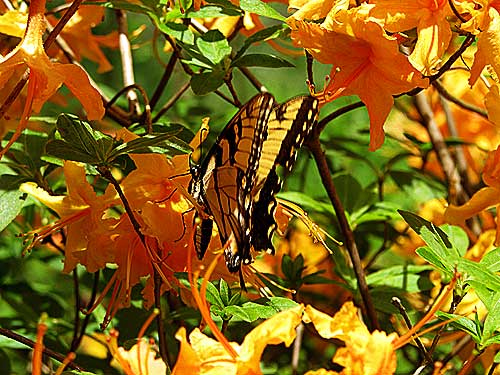