We think the thornless blackberries, the peach tree, and the grapes are dead. Curses! What is that about? It’s certainly rained plenty. And so we will start again, replanting the orchard. This farming-from-scratch thing is for the birds sometimes! Why don’t I have an abundant orchard already in action? And, oh yeah, a barn. I know, I know, that’s what I get for deciding to create a farm from scratch. Toil and trouble goes with the territory. We shall overcome!

At least the deer haven’t bothered us. (Yet.) Georgia’s fabulous garden was ransacked last week. After having an extra-high enclosure built to defeat the deer that have jumped her fence the past two years, the electric was accidentally left off and the deer ate all her just-ready peas.

Meanwhile, back at our garden, we (that royal we again) built a giant planter box for a flower garden. A hundred dollars of topsoil later, the dirt’s still low, but I went ahead and planted. More dirt can be added next year. It’s time to plant and I didn’t see another hundred dollars falling from the sky. 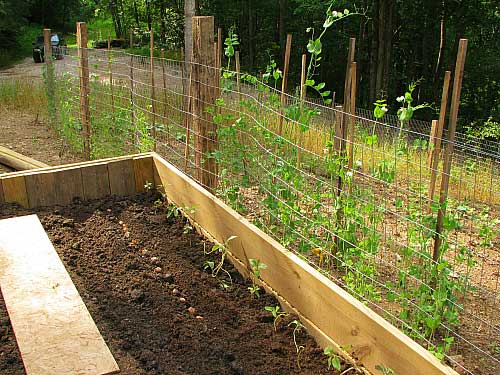 I put sunflowers all along the back, then several rows of gladioli and lily bulbs (that will have to be dug up and replanted later if I’m going to add new dirt). In front, I placed tall marigolds and a “cut-and-come again” mix. This box should be gorgeous in a few months! I love flowers. 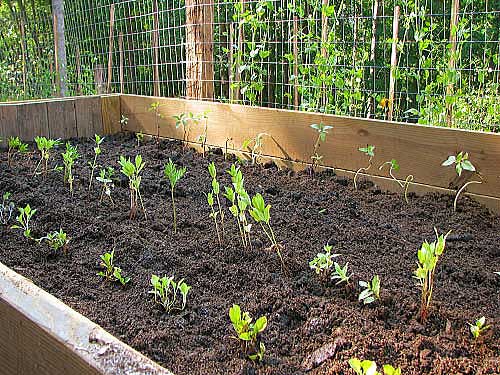 Our peas are coming along in the vegetable garden. 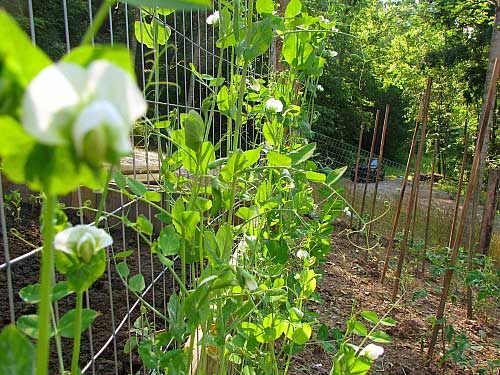 We’ve got flowers on the tomato plants, but we’ll have to replant the green beans. Not quite sure what happened to them…… 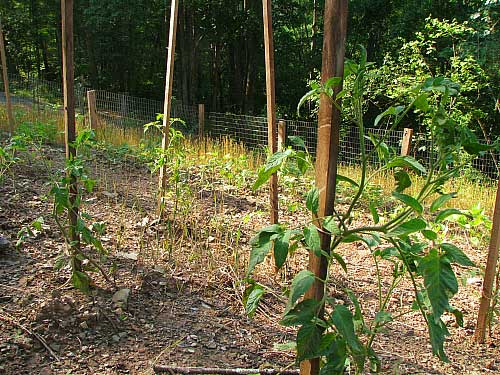 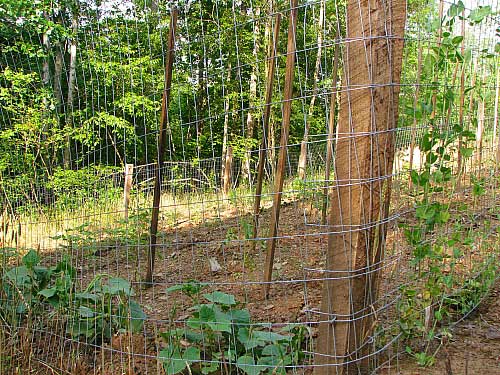 This is the pot I’m looking forward to this year. It’s filled with flowering cabbages. I’ve never grown these before, so I’m excited about them. 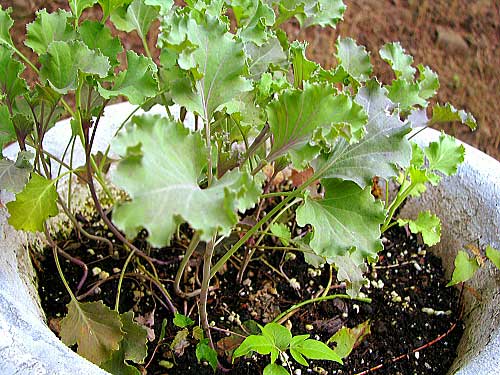 I got these cool old wash tubs at an auction last year. They’ve found their place as planters at the bottom of the main steps. They’re filled with flowers, cherry tomatoes, and peppers. 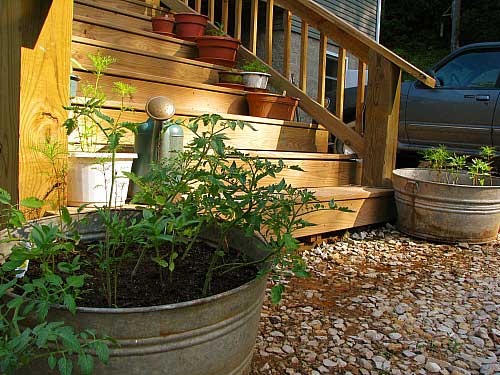 All of this activity was made possible by the shadowy figure that is 52. 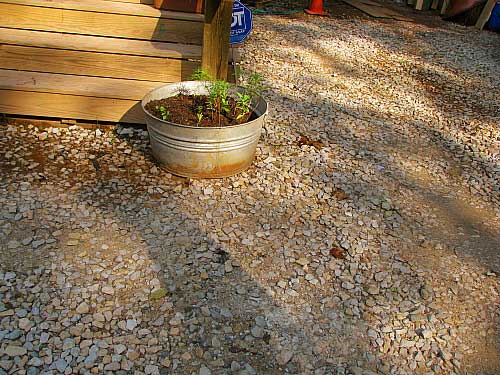 I tried to convince Coco to come down to the yard with us while we were gardening. We’re hoping to have the goat enclosure ready in the next week or so and then Coco will move in there. In the meantime, she’s been romping on our porch where we have locking gates to keep her in. (And I’ve been scooping up puppy piles.) 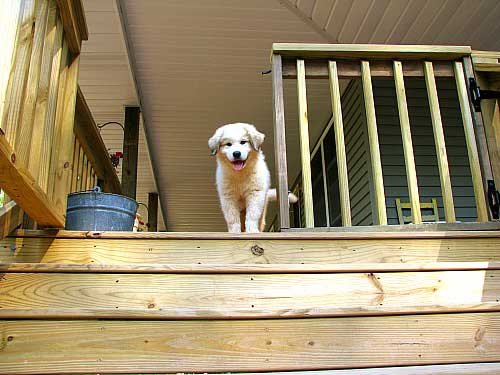 She really wanted to come garden with me. 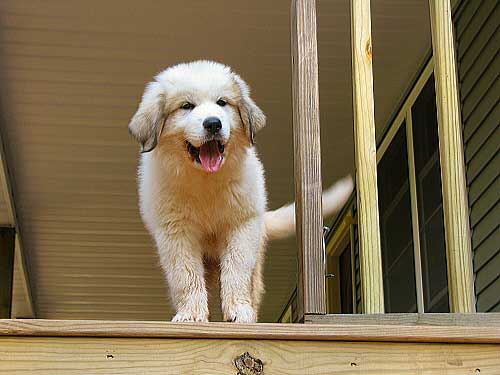 But what are these things called stairs? 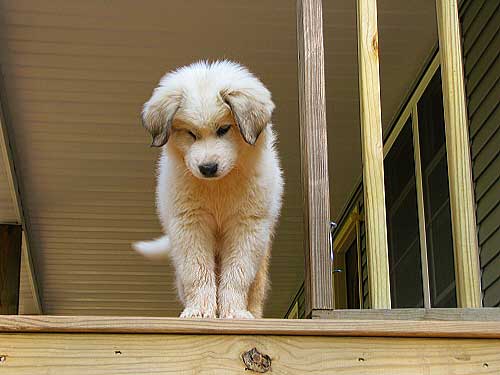 I realized that every time she’d gone up and down the stairs, I’d carried her. So I tried to convince her that she could maneuver them on her own. After all, I can’t carry her when she weighs 100 pounds. 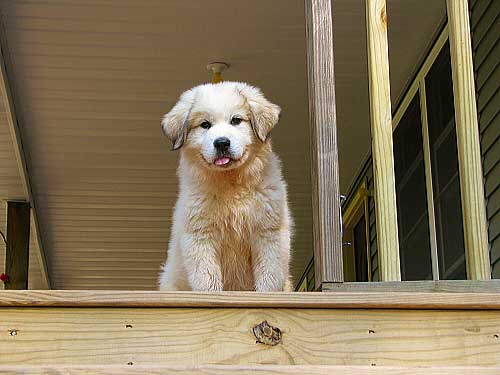 She wasn’t having anything to do with those freakish stairs! 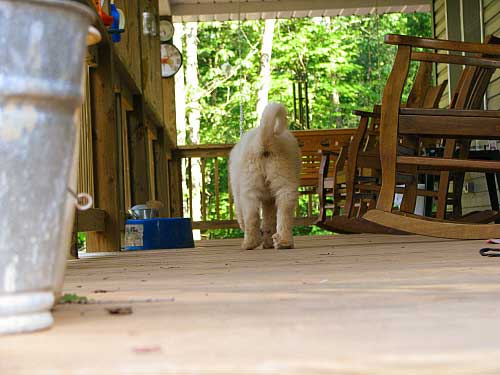 She went back and plopped down by her water dish and sulked. 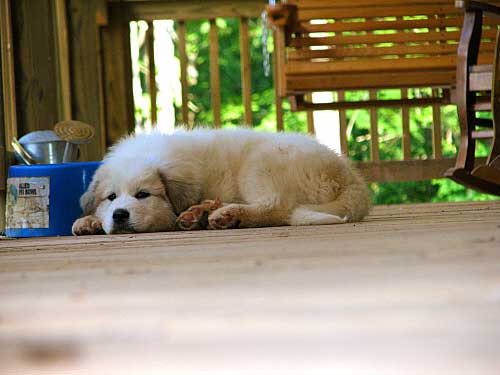 What was this post about? Something about….gardening? I am nuts over this puppy. 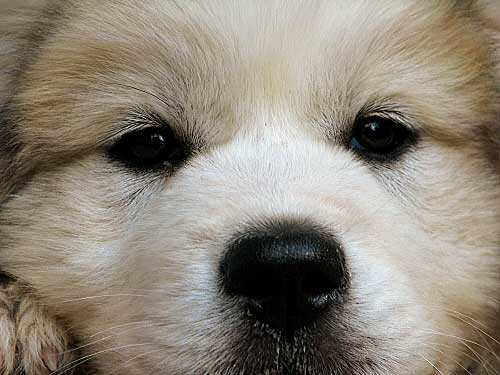 If the next post you see is nothing but photographs of Coco, I’m sure you’ll understand. Or have me committed. Be kind! Look how CUTE she is!!! Can you blame me? What else is there when faced with such cuteness?


I know when I posted pictures of my obstacle garden recently that many of you felt great pity for me, and I feel compelled to confess that that was not my real garden. 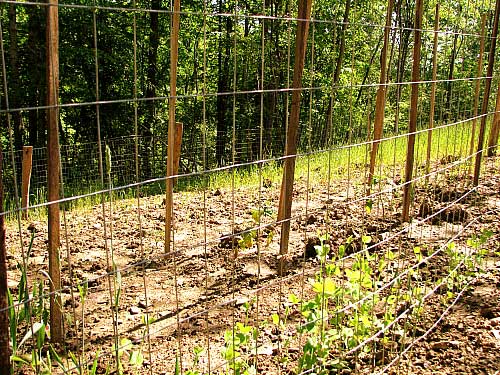 I was too humble to post pictures of my real garden and I didn’t want anyone to feel inadequate. But I must, now, show you my real garden. 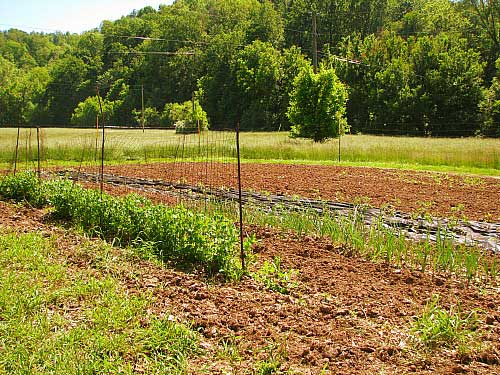 I know. What can I say? It is so awesome. 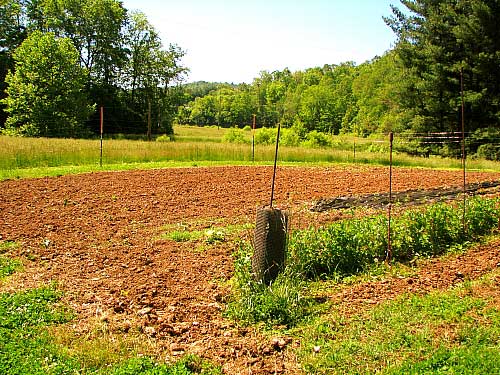 My peas are coming along nicely. 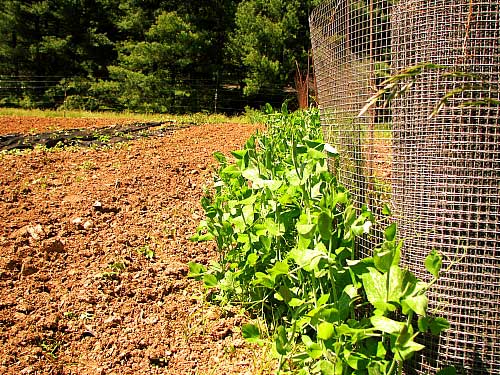 As are my onions. 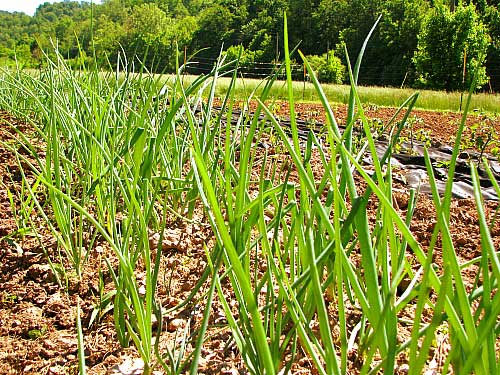 Weeds dare not touch my tomatoes. 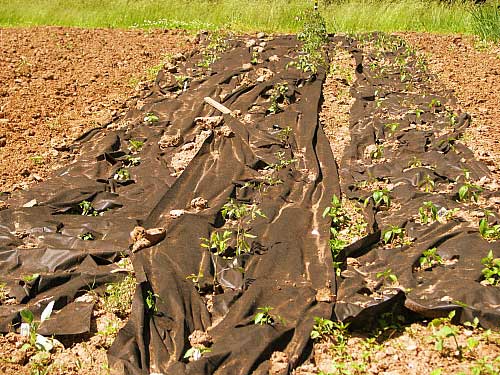 And my corn is coming up. 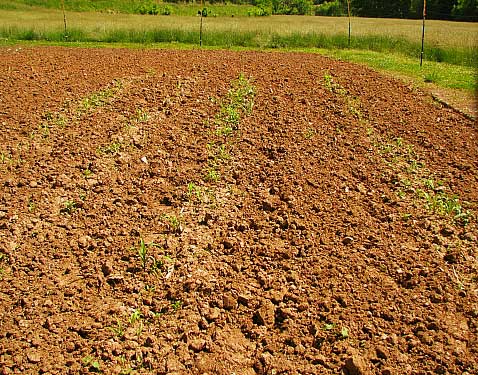 Please, do not be afraid now of my amazing and fabulous garden. I can’t help it if I have incredible botanical skills, if I have a soul-mate type connection with the earth, if the very soil speaks to me and sings my name. It’s a gift, a blessing, a wondrous–

Who is that in my garden? GEORGIA!! What is SHE doing in MY garden?! 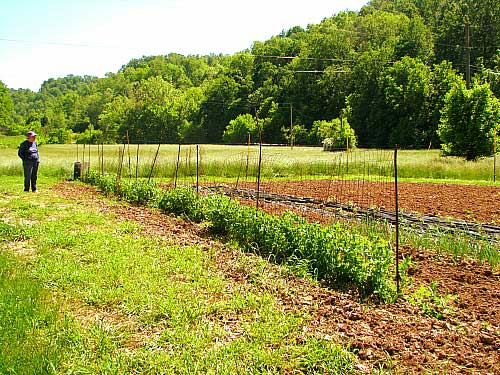 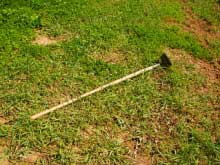 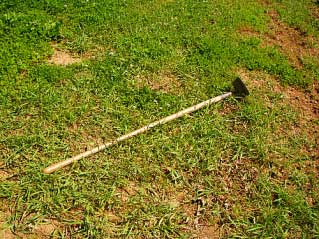 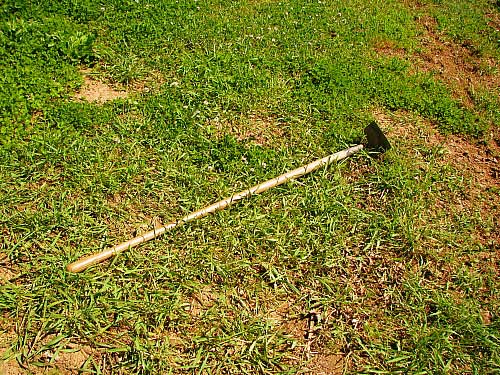 We got the garden plotted out, got fence posts up, started more seeds (for the second time, after the dogs played salad toss with the first batch), and borrowed my cousin’s tiller. Only….. The tiller stopped working. And wouldn’t start again. No matter what we tried. Big, big garden, and sacks and sacks of top...
Read More

When the trilliums bloom, look for ramps! Ramps (Alliium tricoccum) or wild leeks are the stinky springtime treasure of the Appalachian region–the white parts can be used in cooking similar to a strong onion or garlic, and the leafy greens are just as edible. (See Cooking with Wild Ramps.) You can buy ramps–but where’s the...
Read More

This garlic came from Faye, via Georgia. You know it’s potent! Ever grown garlic? This is my first time. Supposedly, garlic is one of the oldest cultivated plants. It’s a lifeform all to itself that divides and clones mini-me’s and consumes itself in the process. Sounds a little scary, doesn’t it? I think this is...
Read More