So I decided I was going to bake some Apple Pandowdy. I love Apple Pandowdy. And, like, anything made with molasses. Like Shoo-Fly Pie. That’s another favorite. The other day, when sheep farmers Kathy and Mike were visiting, I served them some Shoo-Fly Pie on my pie porch. Princess was out there, entertaining (she’s a personality), and she announced, as she does any time pie is served, that she hates pie. My two strapping teenage boys love pie and I can hardly keep a pie around (for those of you who ask why I don’t weigh 500 pounds–I have two reasons why–17 and 15). But Princess? She loathes, despises, abhors pie. Which just leaves more for her brothers. Then Kathy and Mike set about explaining to her that Shoo-Fly Pie had molasses in it, which was basically like a syrup, and Princess immediately connected this in her mind to a pancake and next thing you know she was demanding a piece of Shoo-Fly Pie. I had served Kathy and Mike the last two pieces of pie, so the next day I made another Shoo-Fly Pie and Princess ate it right up and now she loves pie. Or, she loves Shoo-Fly Pie. I have to figure out how to convince her to eat other pies now….

Which was immediately followed by a revolutionary thought: I’m not out of milk.

In fact, I had the freshest milk in the world right in my fridge. It came out of Clover’s udder just a few hours earlier.

I have milk. I have milk every day. I have fresh, sweet, beautiful milk. 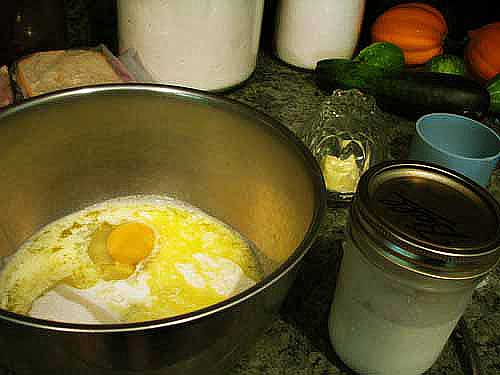 And I hesitated for about ten seconds before I opened the fridge, drew out my morning’s milk, and measured it into the Apple Pandowdy. In the ten seconds of hesitation, I was thinking two things–one, that I’m saving up milk for the gallon I need for cheese. Every few days, I freeze the latest milk haul, saving for that day when I have a gallon and can make cheese. But I only needed half a cup for the Apple Pandowdy. The other part of the ten seconds I was thinking–this didn’t come from the store. It wasn’t stamped and processed and packaged. I am a suburban girl and I have never consumed fresh milk in my life. I am going to take this milk I took out of Clover this morning and put it in our dessert? THAT IS SO DISGUSTING. And then the ten seconds were over and that milk was in my Apple Pandowdy. 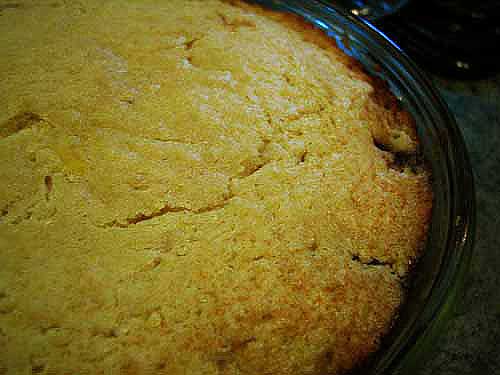 Nigerian Dwarf dairy goats have some of the sweetest, richest milk produced by goats, with some of the highest butterfat. It is wonderful milk. And it made a wonderfully rich Apple Pandowdy. Thank you, Clover. 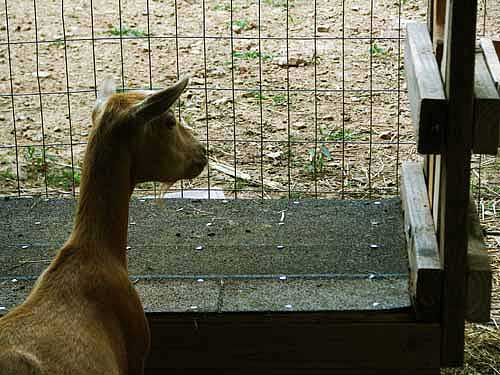 And I slid just a little nudge further off the grid, away from the dependence on stores and manufactured farming and processed foods. I never have to be out of milk again. I can stagger the breeding schedules for Clover and Nutmeg next year so that I will always have one of my does in milk. I have chickens for fresh eggs (soon, I hope!). When it’s icy this winter and I don’t want to drive out, I will have fresh milk and fresh eggs. I am, like, a pioneer!

Okay, I have satellite TV and pioneers did not. But…. It was an amazing feeling nonetheless. As God is my witness, I will never go hungry again. Where is my Mint Julep?

Oh, I don’t have one of those. But I have milk.

Oh, and about that milking thing? 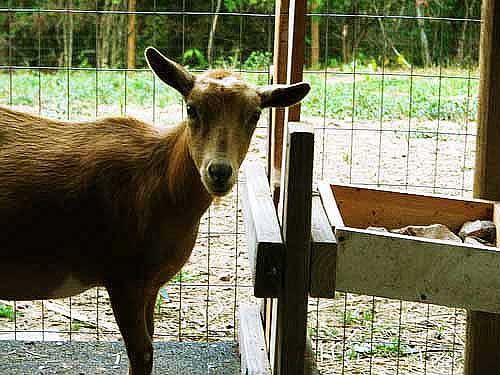 Clover and I……….. We’ve come to an agreement. (Big update with pictures and details tomorrow!!!)