Many years ago, I wrote feature stories for a newspaper in Texas. I interviewed several people for a particularly sensitive piece involving childhood abuse. The women I interviewed were treated anonymously in the article, as per their wishes. One woman’s story was especially horrific. She was young, married with a child at the time I interviewed her. Later, she began attending the same church as I attended. It was a somewhat large church and I don’t think she knew I attended there when she started going, but eventually we came across each other. I admit to feeling awkward, uncomfortable, to meet her again in a social context. I knew deep, dark, painful secrets about her that she had expressed anonymously. I remember feeling torn over time as to what was the right thing to do–befriend her, or keep my distance.

I kept my distance.

Whether she felt as uncomfortable around me as I felt around her, I have no idea. I didn’t give her a chance to demonstrate whether that was true or not. I simply stayed away from her and told myself it was for her benefit, though it was really for my own.

There were opportunities to reach out to her, and I didn’t take them.

And then there came a time when she went to a park in town and killed herself.

I went to her funeral and sat in the back row. When it was over, I left without speaking to anyone. I didn’t know her family. I didn’t really know her, although I knew more about her than most people ever did.

Today, I will go to another funeral. If the back row is available, I’ll be in it. I don’t know the family. I really did not know him. I know that he was a reader of my blog for a long time. I know that he was kind to my son. He was kind to me as a parent, too, always informative, concerned, and helpful beyond the call of duty. There are circumstances surrounding the situation that I am in no position to judge. This post is not intended as a commentary on those circumstances other than to say it is a tragedy from every angle. A few days ago, shortly before his death, I received an email from him. I had exchanged a number of emails with him. He had written me a few times about my blog. Primarily, the emails were about my son. This final email was sent out to all the parents of the boys with whom he worked. It was a bewildering and stunning statement–and an apology–about a situation in which he now found himself. There was pain between every word. I was torn as to how to, or if I should, respond.

I was standing in the kitchen cutting up peppers later that day and I couldn’t get that email out of my mind. I didn’t know what the truth of the matter was–I will never know–but I came to the decision that I would rather take the risk to reach out and be kind than the risk to turn my back and be unkind, even if only by silence. I immediately put down the peppers, went to my laptop, and wrote him an email, telling him how much I appreciated the kindness and caring he had shown to my child. That is the only truth that I know about him. He was good to my child.

I don’t know if he ever read my email. He killed himself within hours of the moment I hit Send. All I know is that I am glad I sent it.

And what I want to say today is–choose kindness, at every opportunity.

Even if it’s difficult. 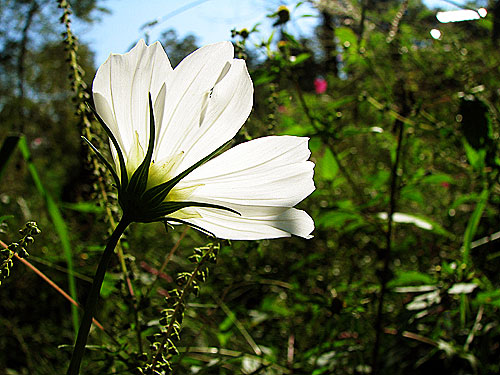 Because you never know if it might be your last opportunity with that person.