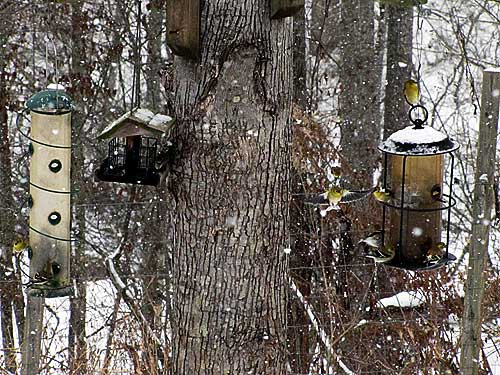 The birds are stocking up, eating down the bird feeders as fast as we can fill them up.

It snowed all day yesterday. 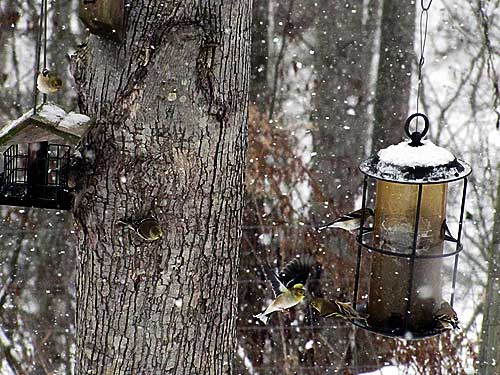 We aren’t having it as bad as some places, though. The New York City area was expecting 14-18 inches with 55 mile per hour winds and whiteout conditions. I know all about the weather in the Big Apple because we get our “local” network news from New York City. The hill and trees behind our house prevent the television satellite dish from picking up the local networks, which run on a lower satellite than cable networks. I never know about the local (well, from the big city, Charleston) news and weather unless I remember to check online. Usually, I go by the New York weather, which most of the time is pretty similar to ours, but not this time. Luckily, we are missing the worst of this storm and only getting a few new inches every day in a steady, magical, wonderland-fashion snowfall with no high winds to knock out power.

Throughout this Christmas season, I have remembered last Christmas when we were out of power for a week leading up to and through Christmas Day. I’m glad that didn’t happen this year. 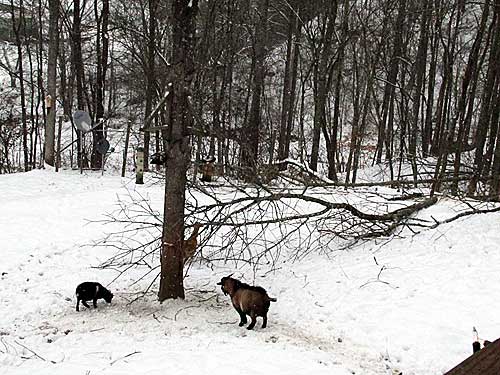 They were leaning inexorably toward the goat yard, but in a stroke of luck, when they fell, they didn’t take the fence out.

Speaking of goats, I’m keeping a close eye on Fanta these days. 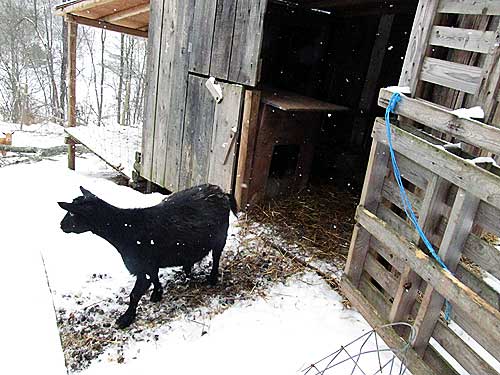 She kept going into the goat house yesterday, and I kept saying, “WHAT ARE YOU DOING IN THERE, FANTA?” You know that’s where she’s going when it’s time.

And her time can’t be too far off. Her udder is getting big. 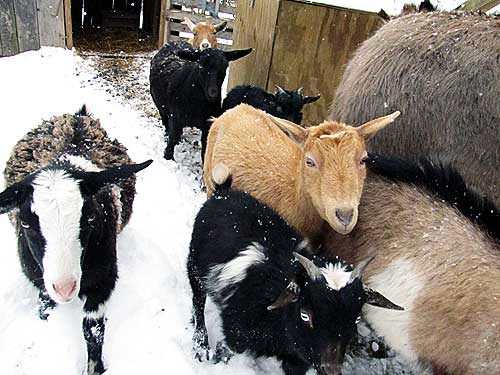 Sprite and Nutmeg are pregnant, too, but their udders are still tiny. Fanta is going to be first. 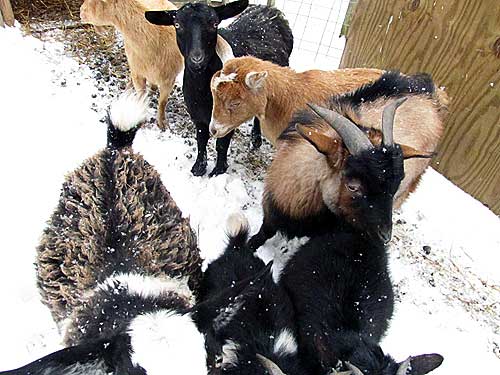 It’s really hard to take a picture of one goat’s udder when all the goats want your attention. 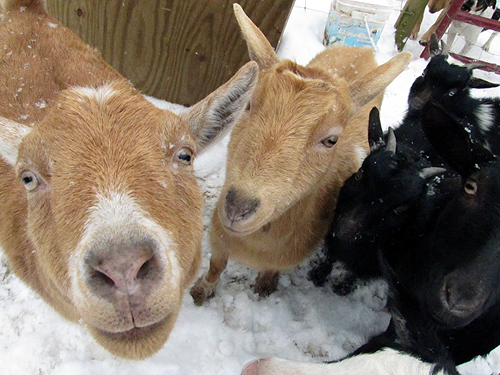 Show me the udder! 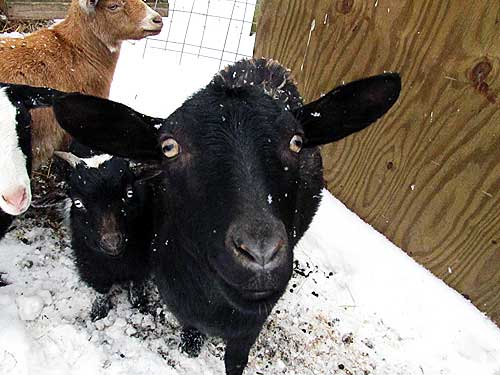 Fanta did her best to cooperate in the face of interference from all the other goats and the donkeys. 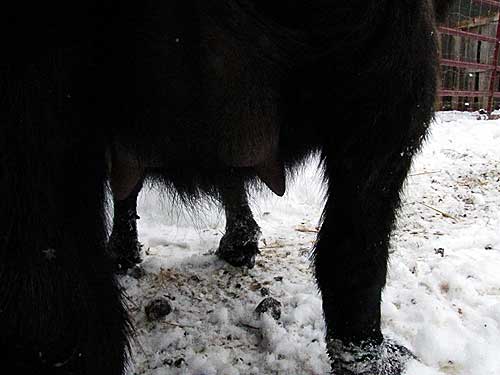 Then I gave up and ran for my life. Besides, I had stuff in the oven. Yesterday, we had one more family Christmas get-together. This time it was a trip over to the old farmhouse. The road looked like this: 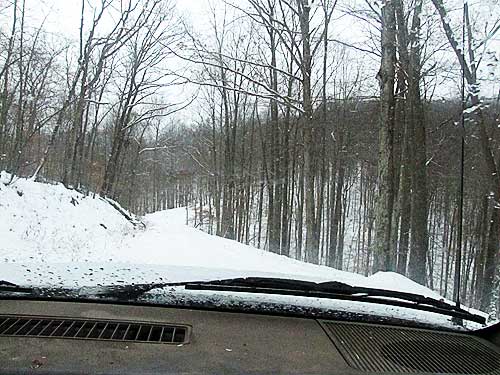 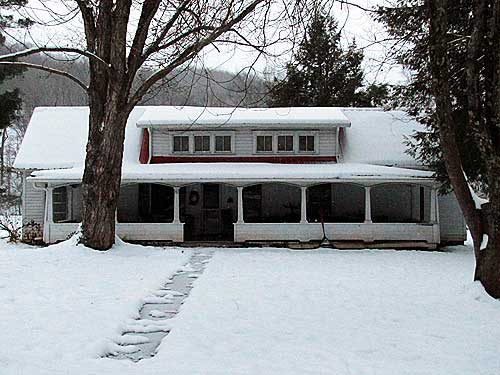 The farm bell was coated in snow. 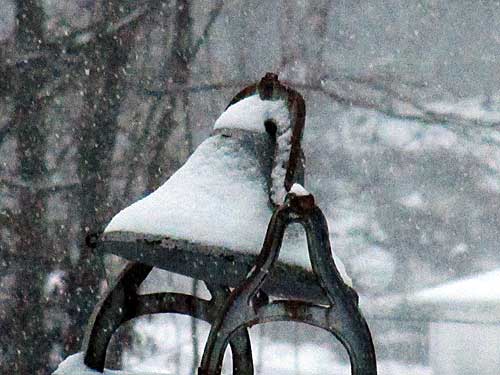 I brought Georgia homemade soaps, blackberry jam, orange marmalade, candy, a Chickens in the Road calendar, and a coconut-oatmeal rum pie (with walnuts). 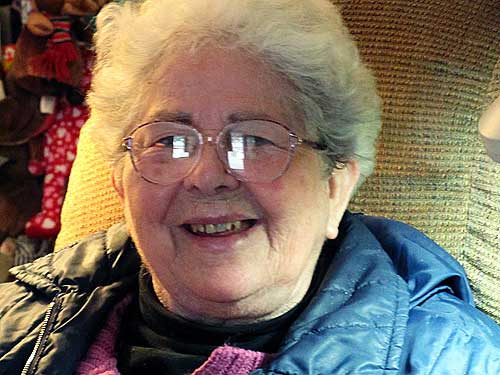 I had made some drunken rum cookie logs for my cousin. (Georgia’s recipe.) 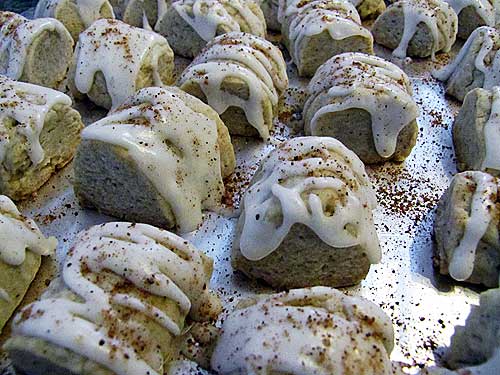 I had some leftover rum icing, so I drizzled it on the pie. 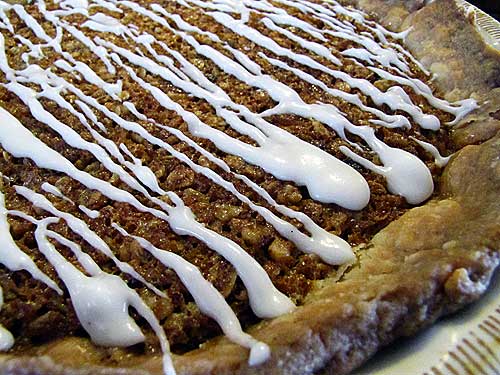 We also brought her bulbs for paper whites. I planted them for her and put them in a pot on her windowsill. 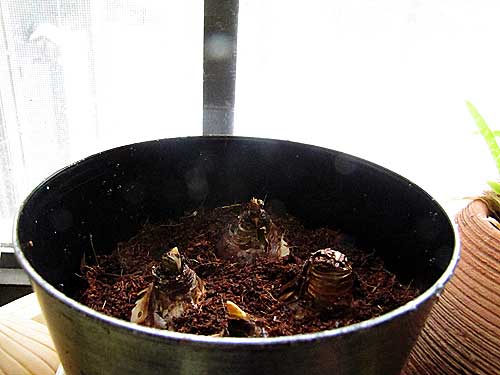 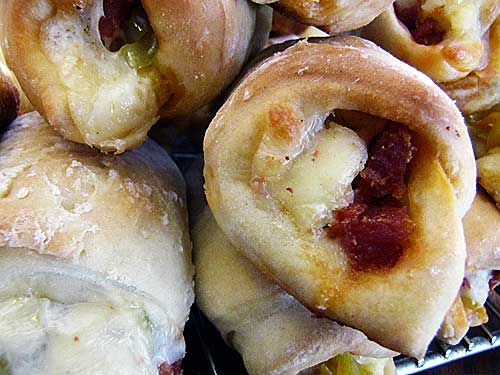 I made them with my homemade pepper jack.

My cousin told me to close my eyes and he brought out a surprise for me. He put something in my lap. I could hear the clink of glass that sounded familiar. I said, “Did you get me some canning jars?”

And then I opened my eyes. Oh yes, he and Georgia had given me some canning jars. But not just ANY canning jars.

I wrote about these jars in the October CITR newsletter–you can see it in the newsletter archives here. 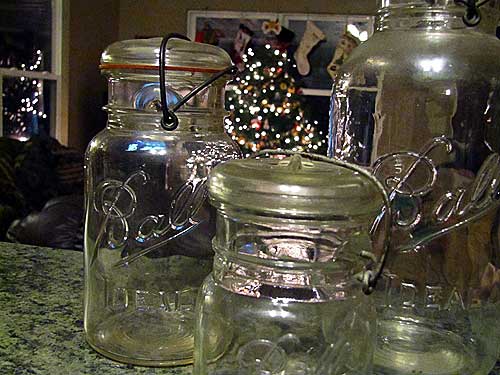 Three of her vintage Ball Ideal jars with bail wire lids! A pint, quart, and half-gallon jar. Merry Christmas TO ME!