Despite her poor, deprived underclassman status, Morgan manages to finagle her way into the prom every year. She knows how to network….with seniors who don’t have dates.

Showing off her new-to-her $5 dress just before her friend-senior picked her up: 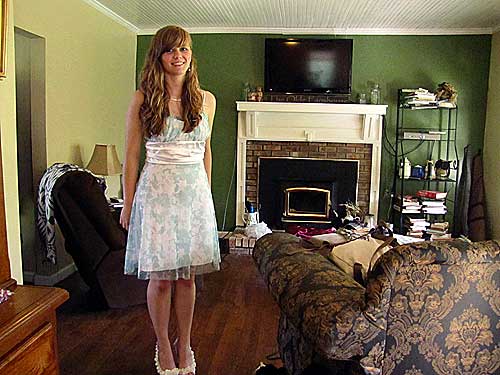 And Morgan arriving at the prom. (Carrying an overnight bag because she was spending the night with a friend.) 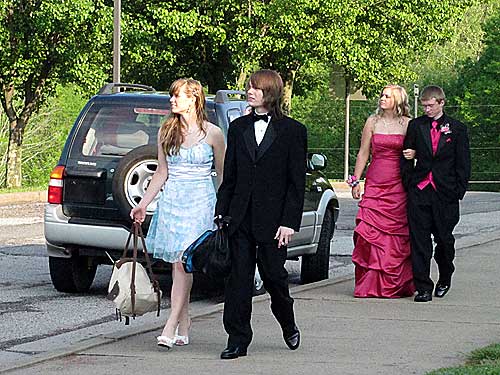 I don’t even know this boy’s name. I’ve never heard of him before and will probably never hear of him again, but he kindly lent his senior prom entree to Morgan’s prom dreams, so that’s good enough. 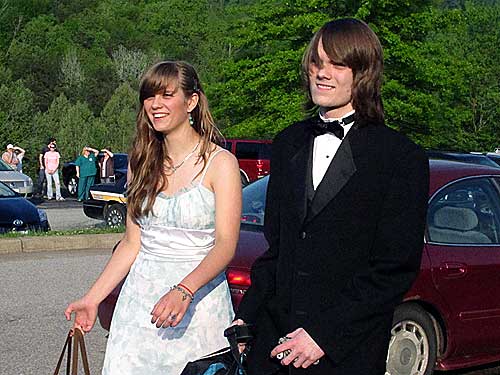 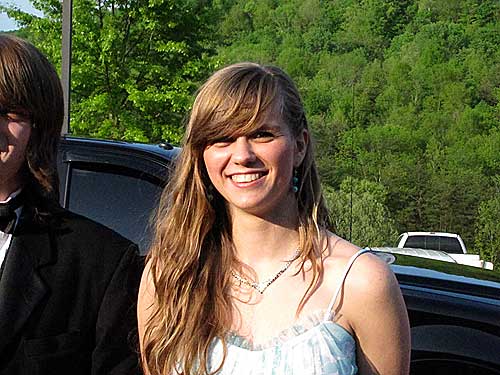 Her shoes were borrowed (from Weston’s girlfriend). 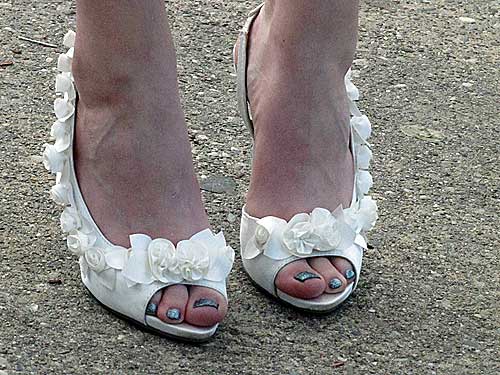 Weston and Mariah arriving at the prom: 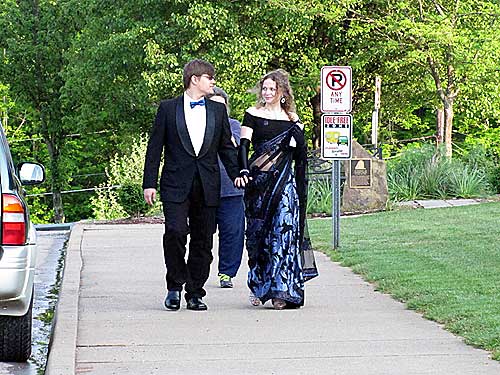 Usually, Mariah and her mother sew her dance dresses, but Mariah was smitten with this sari and they ordered it online. 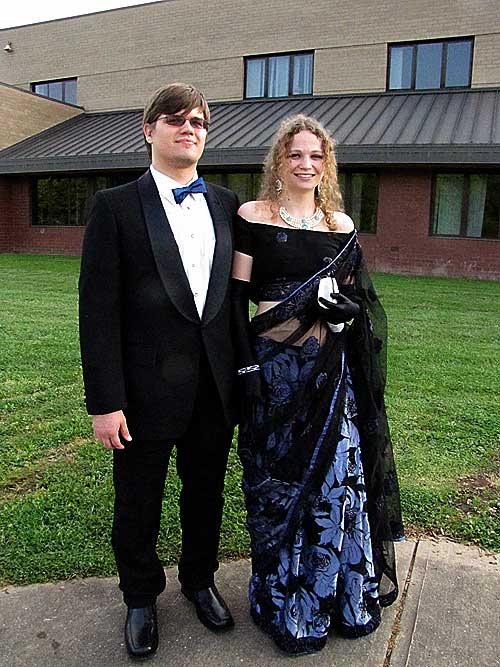 You pretty much have to look like Mariah to pull off this outfit. 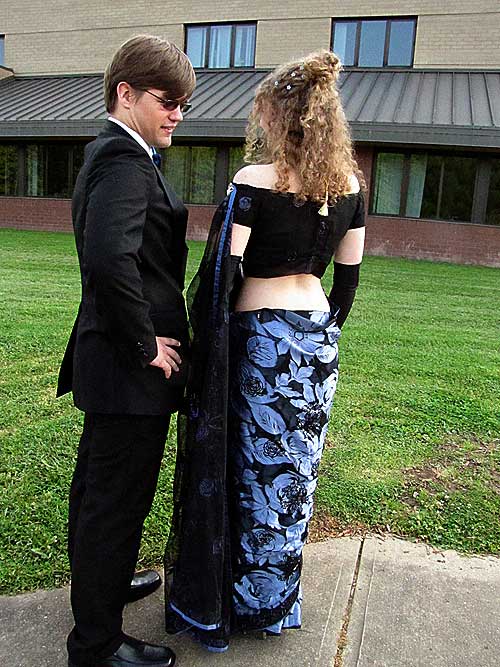 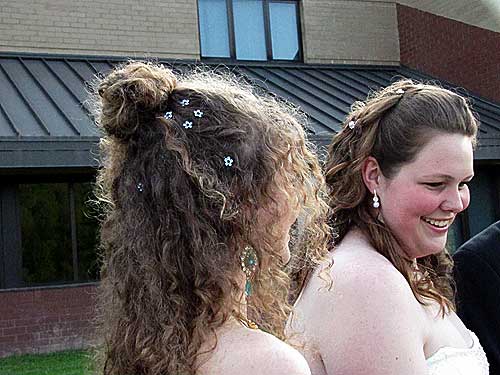 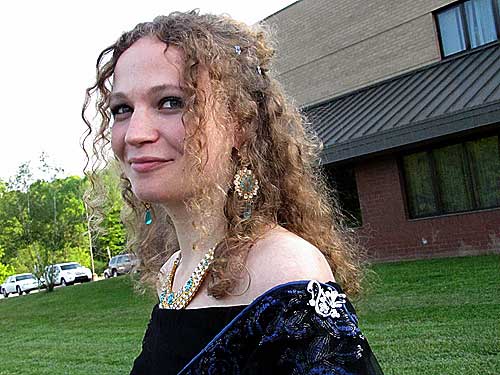 No matter what she’s wearing, this girl always looks like she just stepped off the pages of a fairytale. She’s got that certain princessy aura. 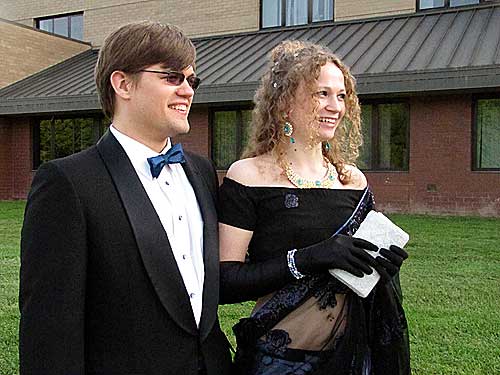 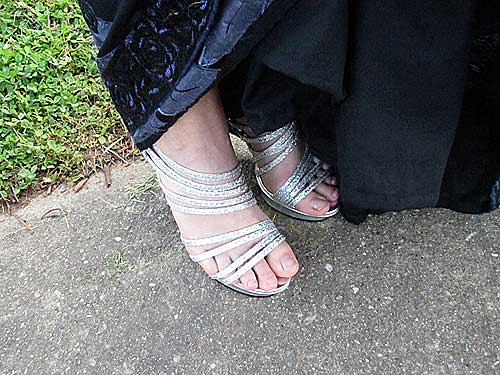 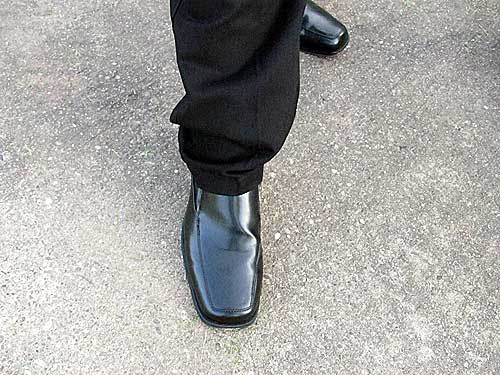 I was just trying to make him feel like I hadn’t forgotten he was there.

About then, I noticed a certain lapse. Do you see what is wrong with this picture? 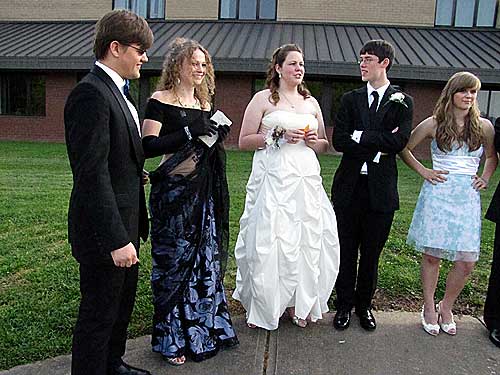 WESTON! DID YOU NOT GET THIS CHILD ANY FLOWERS?!

They left the flowers at Mariah’s house, where they got dressed. Mariah’s mom rushed back to retrieve them, returning to save the day. 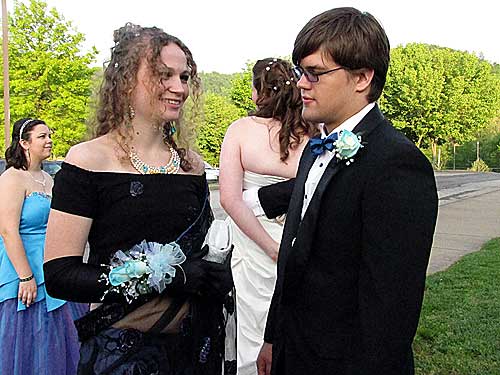 Mariah did have one more bit of bling that came with her outfit, which she put on long enough to show off then removed because she thought it was too much. 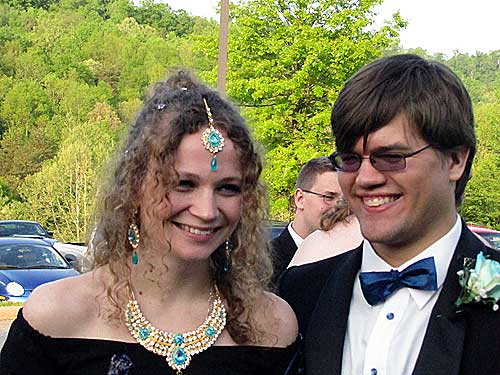 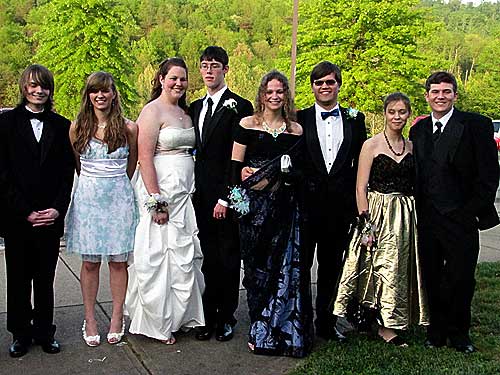 From left to right: Morgan’s senior benefactor, Morgan, Madison’s girlfriend Amanda, Madison (my cousin’s son), Princess Mariah, Weston, Preston’s girlfriend Stevie, Preston (Weston’s college roommate). Weston, Preston, and Madison are all best friends, all in college at WVU, and all back at their old high school for their girlfriends’ proms. Weston and Preston (also known as “the Estons”) roomed together in the dorm this year and when they go back in the fall, they’ll be sharing an apartment across the street from their former dorm, in the same building as Madison’s apartment. Madison’s girlfriend and Weston’s girlfriend will be freshmen this fall at WVU and will be sharing a dorm room a few blocks away. Since “The Girlfriends” will be in Morgantown this fall, all parents involved will probably never see their children again because why would they come home? Except for Preston’s parents, who will be seeing him–because his girlfriend still has one more year of high school.

And so, one year post-high school, this weekend was Weston’s last prom. 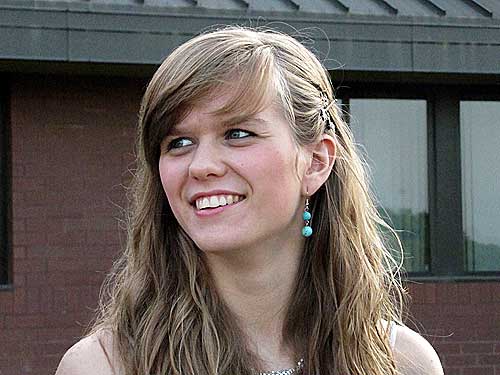 But you know it won’t be the last for Morgan!