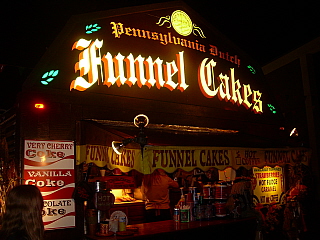 The mecca of any festival….. Of course I had to have some funnel cake right away. I got apples and caramel toppings. I mean, when you are consuming a plateful of FRIED FAT, you want to feel like you’re doing something healthy for yourself with that fruit. I noticed another booth selling something called elephant ears, which appear to be even MORE fried fat fun, so I’m thinking I must try that next year! 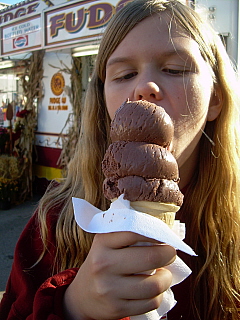 Princess practiced balancing towering cones of ice cream, which will be a useful life skill, I’m sure. She didn’t even pretend to try to eat anything nutritious.

She also honed her ability to spend twenty dollars every ten minutes at the carnival winning stuffed animals at the game booths. She just about had to be dragged away from the carnival. She couldn’t get enough of it.

Oh, to be eleven….and spending your mother’s money. 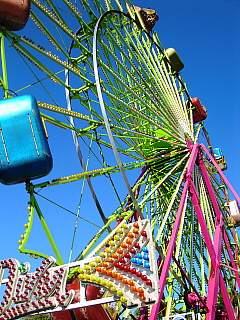 She actually got me to climb on this DEATH TRAP on Saturday. She said the friend she tried to ride with started screaming so they made them get off (you have to ride with a partner). This, believe me, was such a tempting way for her to frame her plea for me to go with her. Then as we stood in line, the carnival operator kept shouting, “This ride is NOT AS FUN AS IT LOOKS. Please get out of line if you think you might be scared. This ride can be HORRIFYING for some people.” And let me tell you, when we were at the top hanging upside down in this tiny metal cage, I was wondering WHEN in the last twenty years they’d had a safety check…. But I probably wouldn’t have liked the answer, so maybe a good thing I didn’t know. 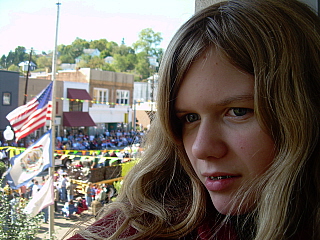 More my style is parade-watching. We watched from my cousin’s second-story office overlooking the square and the street where the parade comes down. We sat on the window ledges and ate fried fat.

Princess kept yelling “hi!” to people and we kept trying to convince her that they couldn’t hear her…… 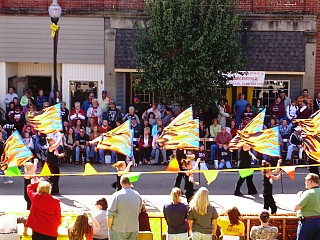 One of my parade favorites are the flag girls. Don’t these look pretty? It was a beautiful day for a parade. I can’t stand watching parades on TV. Bores me to death. But I do enjoy them in person. Especially a small town parade, always so quaint with the festival queen and her court, the varsity football players, the volunteer fire trucks, and all the marching bands. 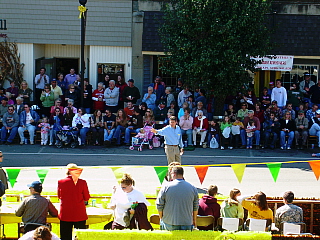 West Virginia governor Joe Manchin was the parade grand marshal. Five minutes after he walked down the street, he was choppered away. Hmmpph. 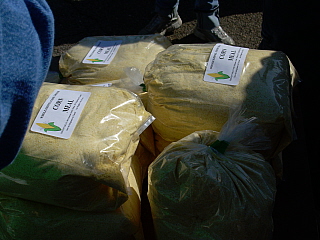 We had so much fun just walking around and looking at everything. There were vendors and booths everywhere. I gave the kids cell phones so they could walk around the festival on their own (benefit of a small town) and meet up with their friends. Here (left) is my cousin’s cornmeal he was grinding and selling behind the courthouse. At one point we ran into 16 and I managed to snag a photo of him with his cute girlfriend before they disappeared again. 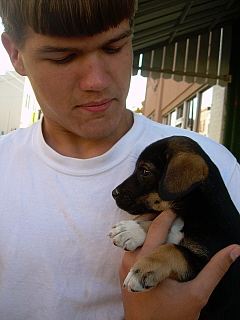 He said, “Some girl asked me to hold her puppy then she ran away.”

Brief research revealed the girl had been spotted earlier with a litter of puppies in a giveaway box. Well, there you go, if you have a litter of kittens or puppies you can’t give away, walk up to someone in a crowd and ask them to hold one then run away! This works especially well if the person you hand it to is a child and their parent isn’t in the immediate vicinity.

The puppy threw up twice on the way home.

But, of course, what are we gonna do? We are people with SUCKER plastered on our foreheads. So, meet our new puppy. His name is Blue. He IS cute, isn’t he?

The cats are just THRILLED. 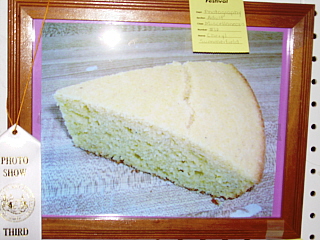 I entered the art and photography show with some of my pictures, but I must report that I won nothing. And what chance did I have?

This photo, of a SLICE OF CORNBREAD, won a third place ribbon.

Did I mention that it is a photo of a SLICE OF CORNBREAD?

I have big plans for next year, big plans, I’m telling you. Rolls of toilet paper. Crumpled napkins. Empty glasses of milk. I’ll beat that slice of cornbread yet….. 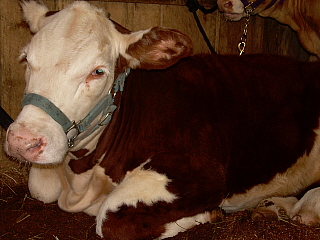 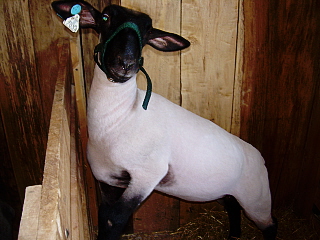 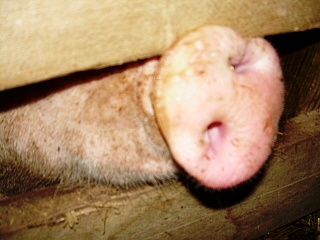