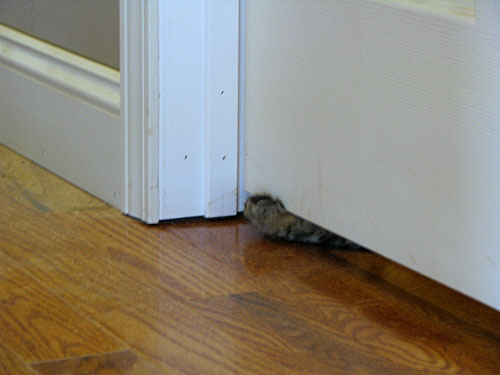 This is the “cat adjustment area” of the new farmhouse. The pantry. (It’s a large pantry–there’s a washer and dryer in there, shelves, plenty of floor space, and a litter box.) We brought over my old cat, Buttercup, first. Then Wiggles and Squiggles. Then Sugar. Then Killer. (Killer is a misnomer. He is scared to death of the world. He is our dashboard kitten.) 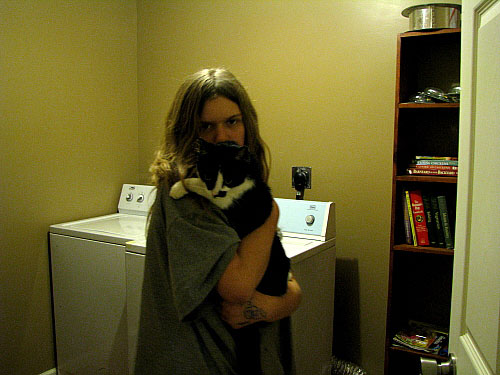 Yesterday, we brought Spice. They’re all doing pretty good. We have a few more to get–Diego, Sunni, Weesie, and Lizzie. Add that to now four dogs, and hey, we’re set!

In other excitement yesterday, Steve-the-Builder hooked up the electricity to the oven. 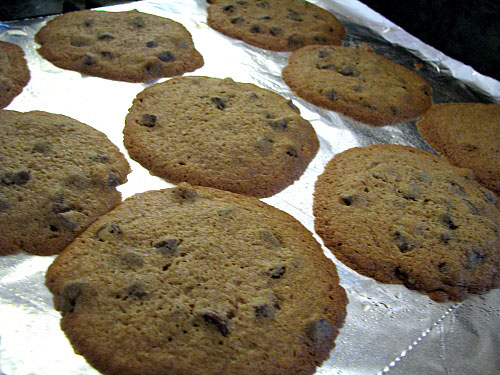 Well, you know I had to make cookies for a man who spent six hours using his bionic abilities to get my oven into my cabinets. 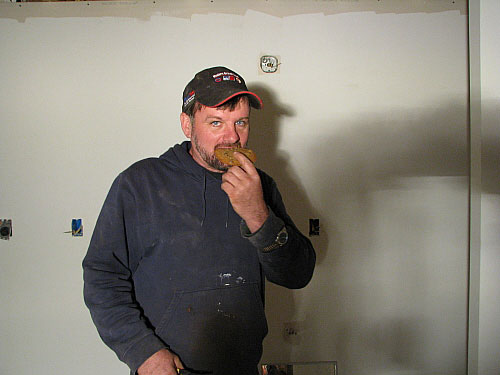 Then I started some bread. Only I didn’t have any hot water, so I had to heat some up. (See all the construction paraphenalia still decorating my kitchen and living room?) 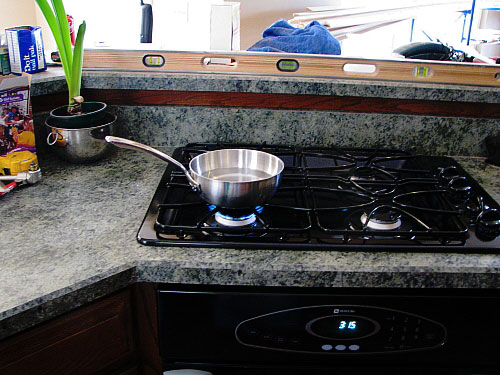 Which was a good test of the gas cooktop. I need to test everything while Steve-the-Builder is right here. In case something blows up and I need his bionic abilities.

Like a fitting on the water….stuff. (I bet Steve-the-Builder has a better word.) 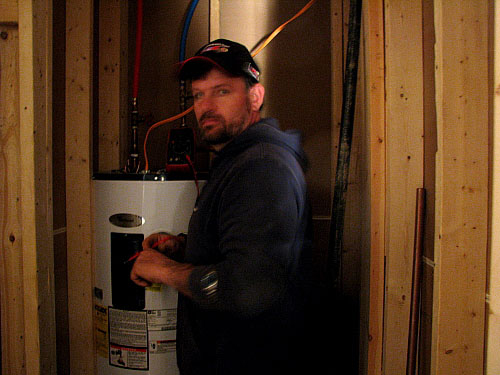 Something went wrong yesterday, just in case I was going to think adversity had flown the coop, and we were out of water for a few hours, but Steve-the-Builder put on his magic cape and fixed it. Because, thanks to all of your great suggestions, I keep him chained in the basement now. And forever.

Then I made him set the clock on my new oven. I wonder if I can get him to fix the clock in my car, which hasn’t been right since Daylight Savings time hit? 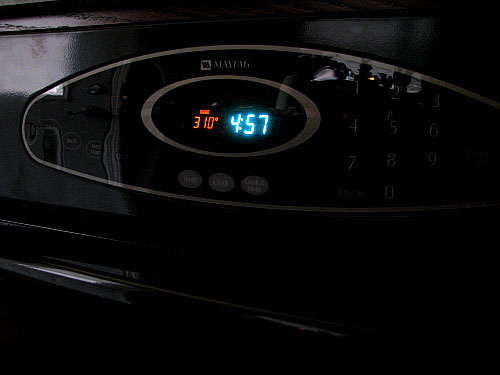 I don’t understand this oven. It wants me to do all kinds of things. Have favorites. Set things ahead of time. “Hold” things. I just want it to bake stuff. 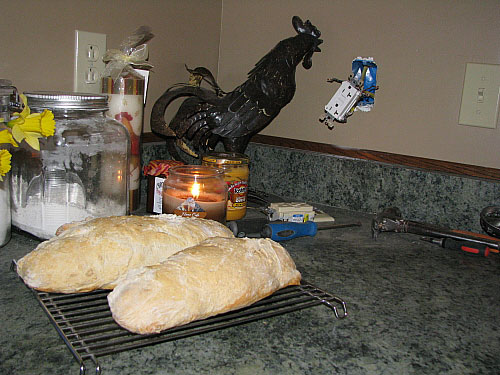 But hey, despite the complicated oven, I made bread.

In my new farmhouse.