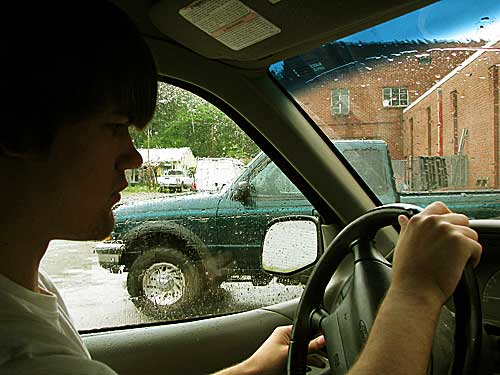 Yesterday morning, 17-year-old Weston and I returned to the DMV with high hopes and some trepidation. He’s a year past his sixteenth birthday without a license because he didn’t want to learn to drive last year. He actually failed the driving portion of his driver’s ed class. He was scared to drive. While a little fear behind the wheel is a good thing–makes you think about safety–too much is a bad thing. He was nervous, and he just wasn’t ready.

And he didn’t have a girlfriend then, which explains his lack of motivation.

That would be me. I’m ready to break up.

Last week, we went to the DMV in my Jeep. The first time Ross went to get his license, he failed because he couldn’t parallel park my Explorer without knocking down the cans. Worried about the parallel parking test, I took Weston in the smaller, shorter Jeep. He’d never driven the Jeep before, so I had him drive to the DMV that morning to get a feel for it before the test. I had him practice parking between the cans before we went in.

Then when the examiner asked him to turn on the headlights, he couldn’t do it. He’s never driven the Jeep at night and, 17 and nervous, he apparently couldn’t even make a good stab at the likely location.

Here, if you fail for any reason, you have to wait a week before you can try again. Yesterday morning, back we went–in the Explorer. After getting information on everything they might ask him to demonstrate on the vehicle and ascertaining that the horn currently isn’t working in the Jeep, I didn’t want to risk it, so we took the bigger vehicle (with a working horn). When I got my first driver’s license, it was in California, and the DMV supplied the test car. You supply your own test vehicle here–and it’s almost as much of a test for the parent as it is the child. You have to show your driver’s license, vehicle registration, and insurance, and everything better work on your car. This seems a little unfair to me for several different reasons, not the least of which is that you have to take the parallel parking test in the same space whether your parent has a gigantic Suburban or a tiny little compact.

But, off we went. It was pouring rain as Weston left the DMV with the examiner and her pink umbrella. 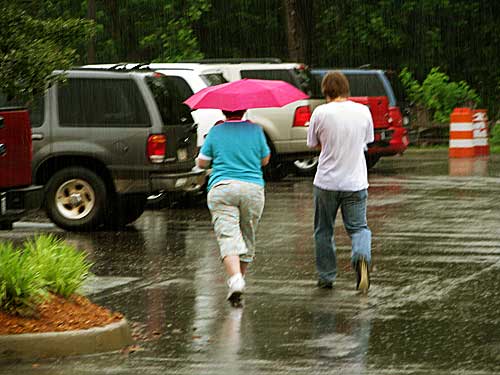 I had him practice demonstrating all the various lights before we went in–headlights, brake lights, parking lights, hazard lights. I had to have 52 show me where the hazard lights were so I could show Weston. 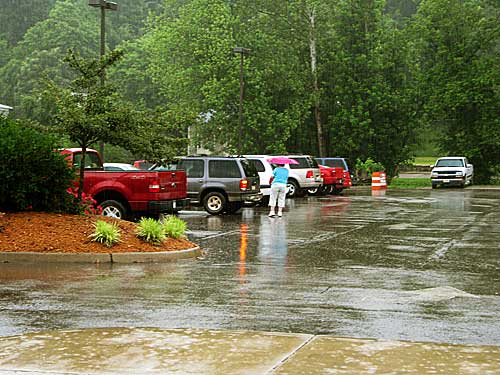 She made him honk the horn, so I was really glad we didn’t risk taking the Jeep. Then she told Weston to get out of the car and they came back to the DMV office. And I just about had a panic attack because coming back without finishing the driving test is never a good sign. 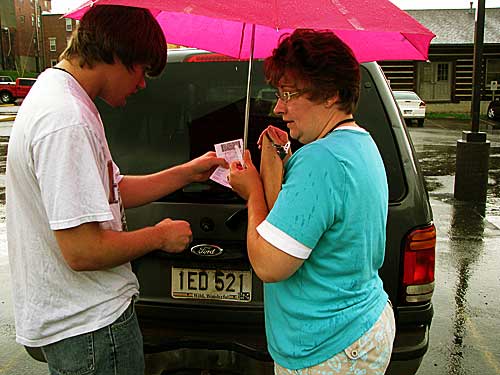 Luckily, this didn’t disqualify him and she turned it into a lesson by having him apply the sticker. 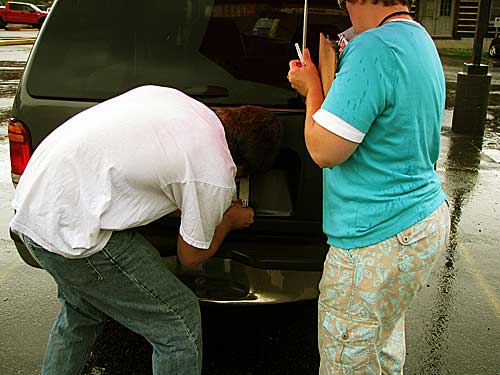 And thank goodness that was the end of the drama. 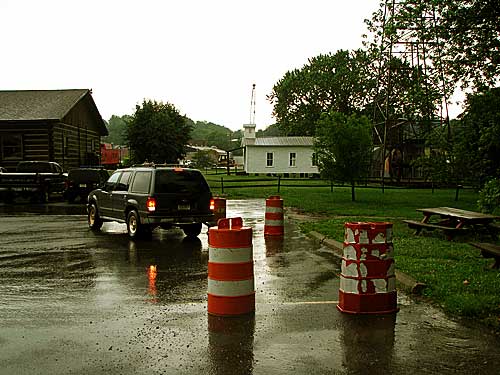 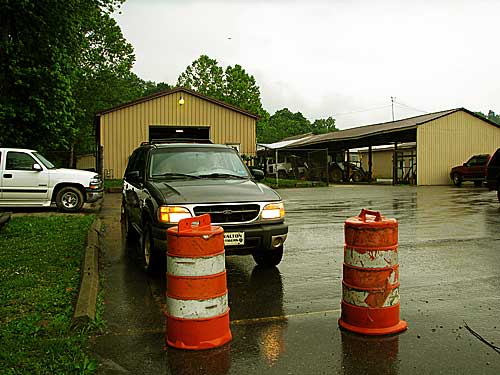 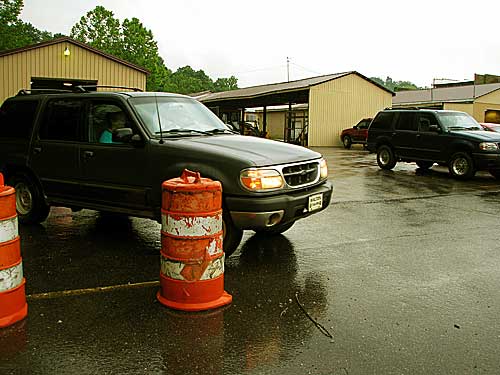 He successfully parallel parked, getting in and out without knocking the cans down. All they do after that is take a spin around the Spencer town square, which is one short block from the DMV office. 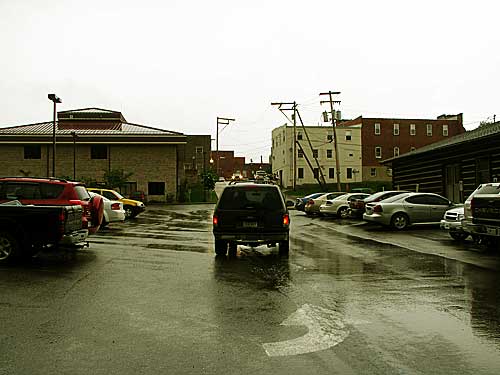 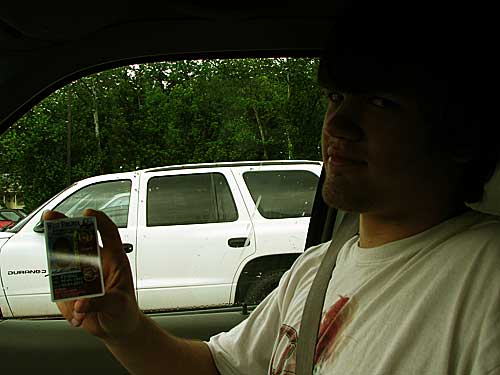 P.S. Cross your fingers he doesn’t do what Ross did 48 hours after getting his driver’s license. He could never do that and it would be just fine……..