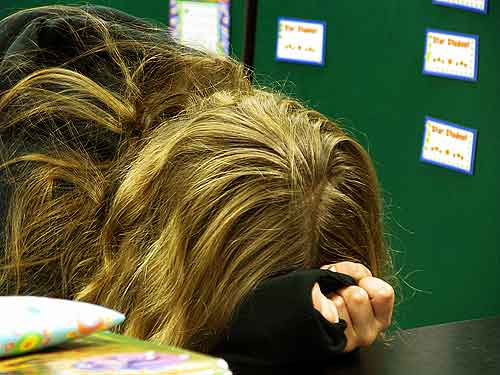 Yesterday, I went to the little school in town to talk about being a writer. I was invited by the school counselor as part of a series of career talks, primarily for the middle schoolers. The little school goes all the way through elementary up to eighth grade. There are about 30-40 students per grade. (I think the school is really cute.)

It was actually the brain child of this girl to volunteer my name to the school counselor. 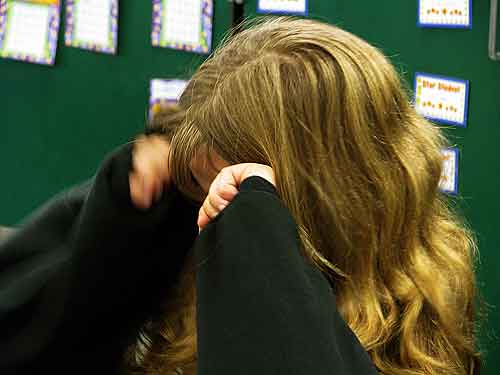 Not that you’d know she wanted me there when I arrived in her 7th grade classroom. 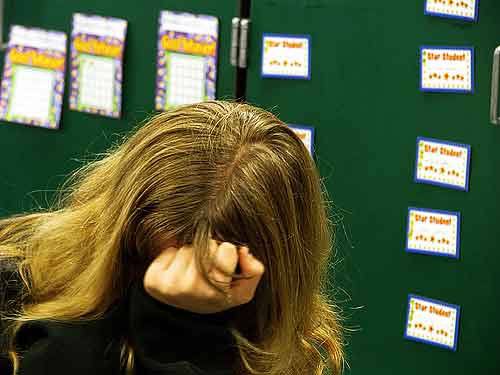 I talked about what it was like to be a writer, and how a writer comes up with stories–the basic breakdown of a plot. I like to use simple children’s stories when I speak at schools, such as Snow White or The Three Little Pigs, to break down story elements because they’re universal tales and they work, easily, with all ages, from kindergartners to high school seniors. There’s just enough story to break down all the parts but not so much as to distract from the point. 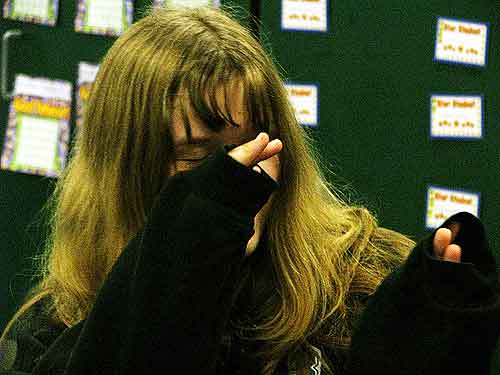 I showed them copies of some of my recent books and then I passed around a few foreign copies. 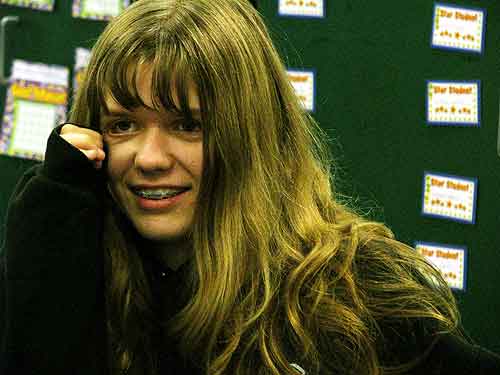 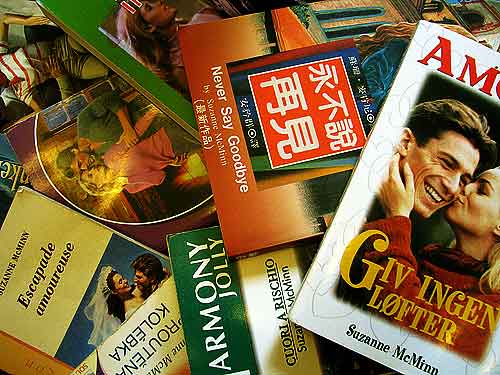 I also talked about other types of writing, such as writing for newspapers and magazines, or writing for the internet. I spoke to four groups–three middle school classes and one fourth grade class. The fourth grade teacher had been Princess’s teacher when she was in fourth grade so she came with me to visit that class. The teacher let her use her laptop to bring my blog up on the wall screen. 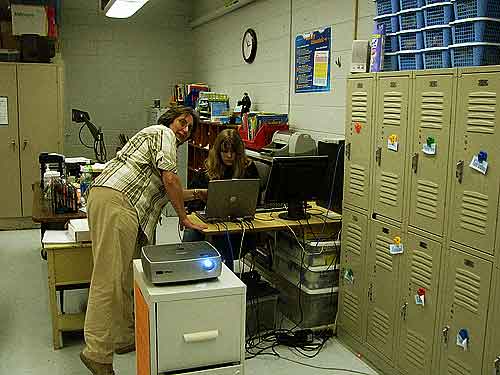 Princess loved getting to sit at the teacher’s desk and use her computer. Good thing she’s not in fourth grade anymore or that teacher would never get her out of her chair again. She’s lucky Princess didn’t start grading her papers. 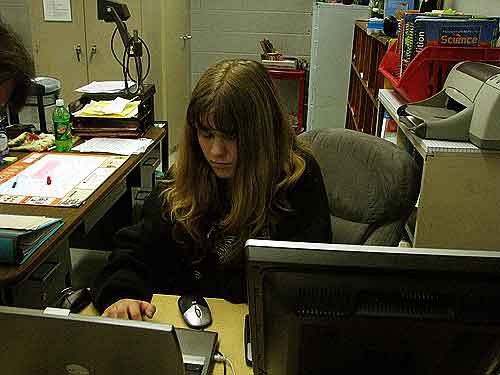 While the kids looked at the pictures on the screen and Princess scrolled down, I read several recent barnyard posts, such as yesterday’s Foiled Again and Conversation with Clover. The fourth graders absolutely howled over Bedtime Story. 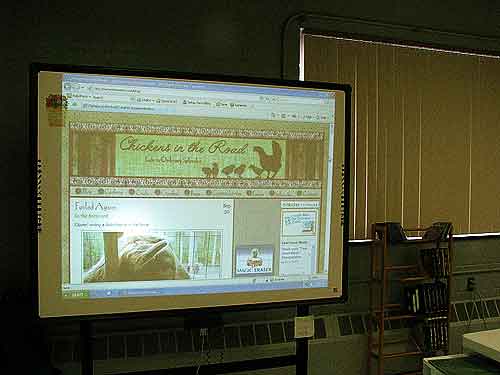 And, I think, Princess was maybe even a tiny bit proud I was her mother for once, and I was glad I went because, well, how fun was that?

On the way home with 15 from football practice, he told me one of the other students in his English class had found out I was a writer and now everyone knew. (Not a positive development in his perspective.)

I said, “Oh, did I tell you about being in the Black Walnut Festival parade?”

I said, “I guess I forgot to tell you. I’m one of the honorary grand marshals. I’ll be riding in a float at the head of the parade.”

15 absorbed that for a moment, then said, in the tone I imagine he would use if he’d just been informed by a doctor that they were sorry but they would have to amputate both of his arms, “OH MY GOD.”