I decided to go outside and take a walk yesterday because I was so tired of being inside the house. But it was cold. I had to put my coat on because I’m tired of being cold. I thought, maybe this is the last time I’ll have to put my coat on this spring. There are all kinds of things I do every day that I don’t like to do, and often I think, I wish I never had to do that again.

I do any number of things on a regular basis that are difficult. In fact, I do any number of things that are more difficult than they have to be. Sometimes I think back to how my life used to be and how easy it was. I like challenge, so I created challenge for myself in various ways, primarily by relentlessly attempting to sell books to New York publishers. That’s really difficult. I didn’t have to do that, but I would have been bored if I hadn’t and would have taken up mountain climbing or something. People left farming in droves decades ago, in part because it’s difficult. Difficult is, in part, what attracted me to farm life.

Which doesn’t mean that sometimes it’s not difficult to embrace the difficulty. But then, if it was, I wouldn’t want to do it. Similar to people who really do go mountain climbing. Part of the attraction is the risk, and if it wasn’t risky, they wouldn’t enjoy it as much, even if sometimes they’re scared.

I love this cold, muddy, hard life. And there are probably as many reasons why people move to the country as there are people, but I believe one reason is because there’s not enough innate challenge in the world today. It’s too civilized and convenient, and in a world filled with convenience, there’s an oddly tempting appeal in inconvenience and the challenge of a more difficult life.

There are other paths to pursue to add challenge to one’s life, of course. The farming life is just one, very special one, of those paths, and it is, like all paths of challenge, not about the destination but the journey. 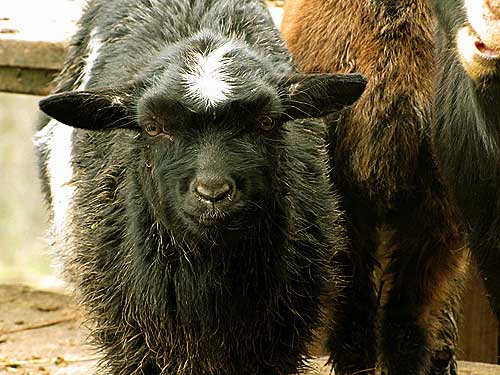 Yesterday was a relatively easy day. The hardest thing I had to do all day was put on my coat.