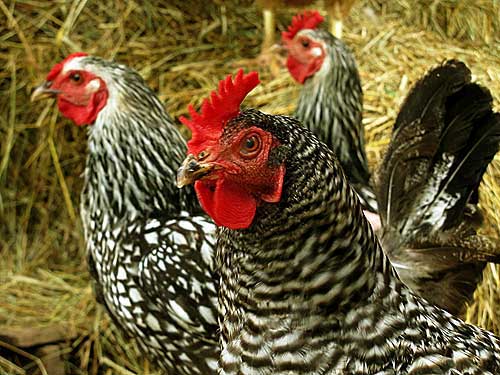 It’s just a little over two months until the Chickens in the Road jamboree, festival, pajama party, revelry, bender, or whatever we’re calling it–OH YEAH! CITR Retreat 2011! We’re making our lists and checking them twice, counting down the days and ramping up the preparations. (Retreat dates: September 2 and 3.)

We have a small handful of spots open, so if you’re interested in coming, c’mon! I’ve heard some people talking about waiting till next year, and I do want to state for the record (so nobody’s mad at me next year) that this is not guaranteed as an annual event. We might do it again next year, or we might do it again sometime down the road in several years, or we might never do it again. The retreat is a major undertaking, involving a massive amount of planning, preparation, expense, and work. It will be some time after the event before we even begin to assess whether it’s something we can take on again, much less when. That said, we’re thrilled to be doing it this year! And possibly insane! But whatever! We’re gonna have so much FUN.

I’m working with a team of people who are passionate about self-sustainable living–and the teaching and sharing of those skills with others. Teachers at the retreat include CindyP, Dede aka wvhomecanner, LauraP, and yours truly. Our cheerful helpers at the retreat include Natalie, Pete, BuckeyeGirl, and 52. I have no doubt that this is going to be an amazing, unforgettable experience for every person there, not to mention a BLAST.

You can find all the details about classes (soapmaking, cheesemaking, preserving, breadbaking, candlemaking, and more), accommodations, and how to sign up here.

If you can’t attend the retreat, but want to get involved, you can! Events sponsorship is available for the CITR Retreat 2011. Sponsorship opportunities include providing door prizes that will be given away at the retreat and “swag” items (or money for items) that will be given to all retreat attendees. You can also sponsor class supplies. Sponsors will be listed on the Retreat Sponsors page and may also send promotional pamphlets, cards, or coupons that will be made available to attendees at the retreat. (You may also choose to be an anonymous donor.) We have been working for months to engage local sponsors and businesses to help us with discounted food and other supplies, and already have a number of fantastic door prizes and other giveaways that will be available to retreat attendees–who, between the things they make at the retreat and giveaways, had better bring an extra empty suitcase!

If you’re interested in being a sponsor, check out the information page for sponsors here.

Plans are also ramping up for this year’s Party on the Farm, which follows on the heels of the retreat to give retreat attendees extra bang for their buck while they’re in town. The Party on the Farm takes place right here, at Stringtown Rising Farm, with Clover presiding. This is a free event, open to all, but it does require registration because Clover is SUCH A CONTROL FREAK. (Sorry.) Signup for the Party on the Farm will open on July 1.

The Chickens in the Road Retreat 2011

2011 Party on the Farm follows on September 4th at Stringtown Rising Farm.

All the handy links in one place:
CITR Retreat 2011
Retreat Sponsors
Party on the Farm