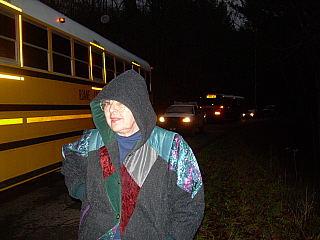 State road workers were dispatched early Wednesday evening when a tree fell, blocking a major one-lane thoroughfare in Roane County. The tree, described as “giant” by one resident, created the worst traffic jam in the area in recent memory. At least 10 vehicles were involved in the massive pileup, including two school busses. The tree came down shortly before 5 PM in the curve past the farm where they just built that new barn. Workers used power saws to cut up the giant tree. It took several men to push the logs off the road.

Nearby residents rushed to the scene to stand around and watch. “It’s strange what we do for entertainment out here,” one observer noted.

The road was cleared in time for parents to pick up their children from basketball practice.