Recently, a reader contacted me and told me that her daughter wanted to send me her Flat Stanley. If you don’t know what Flat Stanley is, he’s a character named Stanley Lambchop from a children’s book by Jeff Brown. He was flattened by a bulletin board–which is how he comes to be called Flat Stanley. He wanted to go on a trip, so his family folded him up and mailed him to California. There’s actually a whole series of books about the flat boy. The first one was published in 1964. Dale Hubert, a teacher in Canada, created the Flat Stanley Project, based on the book, in 1995, and it spread like wildfire to every elementary school on the planet. If you have had a small child in school since the mid 90s, you have probably taken part in the Flat Stanley Project. I did, with my kids. In the project, kids mail their Flat Stanleys around to several people, usually friends and family, and collect the stories and pictures from his travels.

*Each child prepares multiple Flat Stanleys for mailing, so please rest assured that no permanent Flat Stanleys were harmed in the making of this post. Just one.

This is Maiya’s Flat Stanley after he arrived at Stringtown Rising Farm. He came all the way from Michigan. 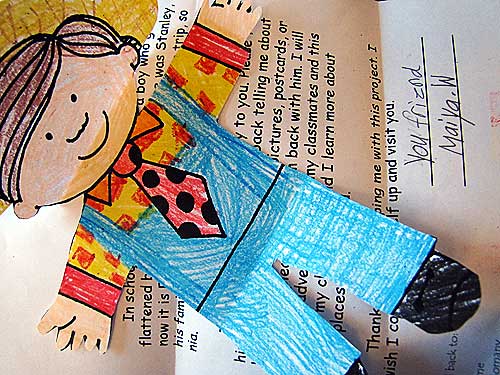 I asked Flat Stanley what he wanted to do.

Flat Stanley said he would like to try everything. He wanted a job, a real job on the farm! 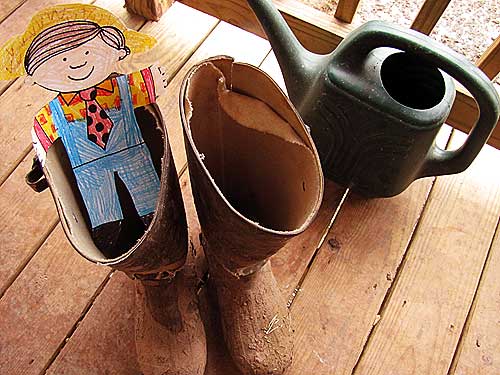 I asked him if he wanted to put more wood on the fire. 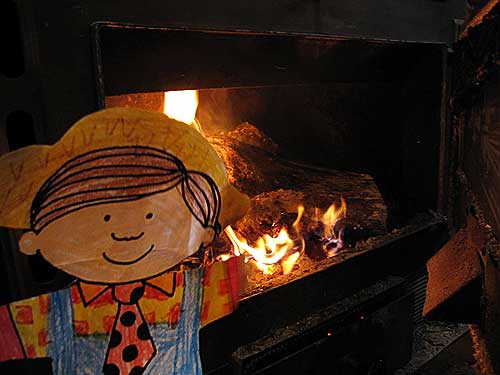 I asked him if he wanted to try out the cheese press. 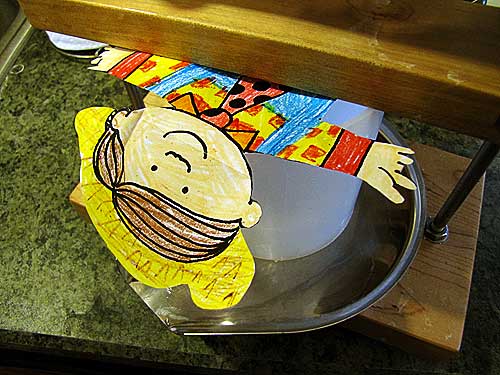 I asked him if he wanted to shovel out the chicken house. 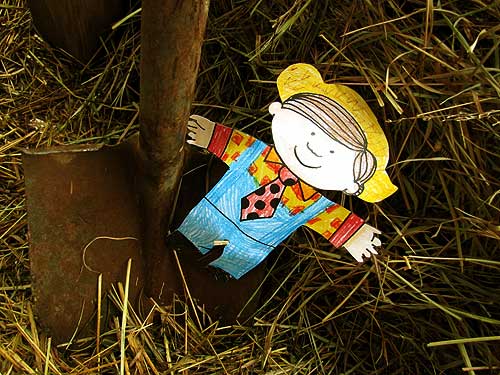 I asked him if he wanted to take a ride on Poky. 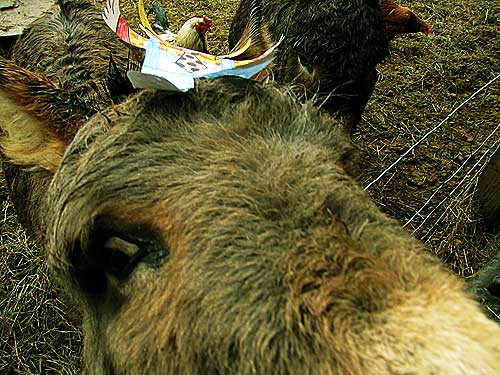 I asked him if he wanted to work with Glory Bee. 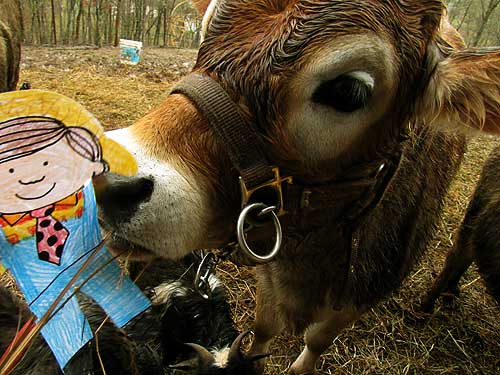 I asked him if he wanted to give Clover a cookie. 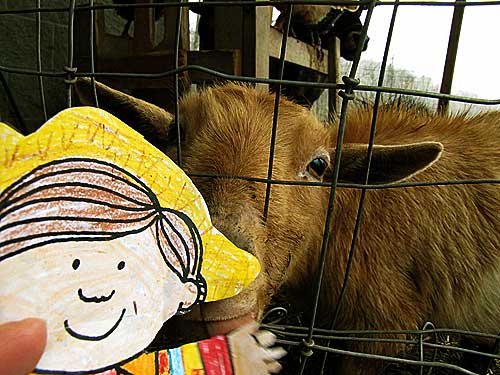 I asked him if he wanted to walk out in the mud and milk Beulah Petunia. 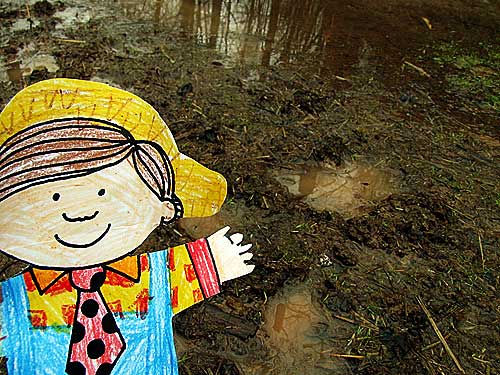 Flat Stanley: “I might get wet and fall apart!”

Then Flat Stanley started to cry because he couldn’t do anything on the farm. He was useless. He might as well go back to his envelope.

I wanted to make him feel better, so I said, “Flat Stanley, would you like to go see the baby goats?” He didn’t have to do anything. He could just watch them. I told him we had one goat that escaped all the time and we didn’t know how, but they were all in the goat house today because it was raining, so he could see them all! Flat Stanley didn’t think that sounded like much of a job, but it cheered him up a little bit to see the babies. 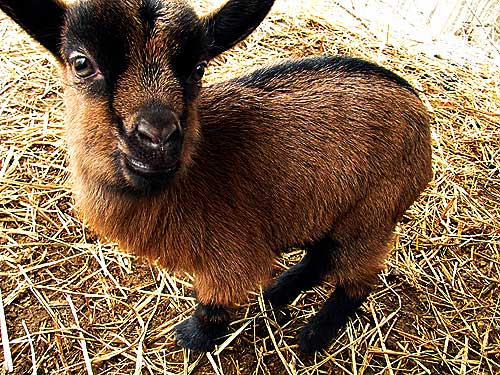 “I really wanted to do a job,” Flat Stanley said. He was still sad.

I went to do my farm work while Flat Stanley watched the goats. He watched and– 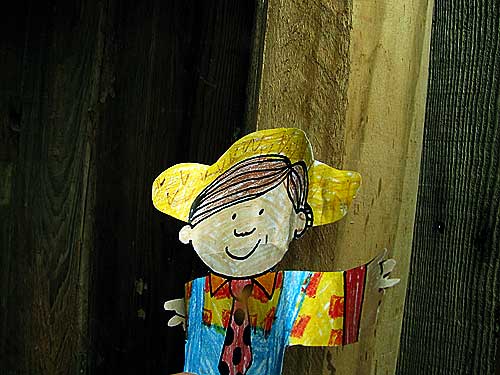 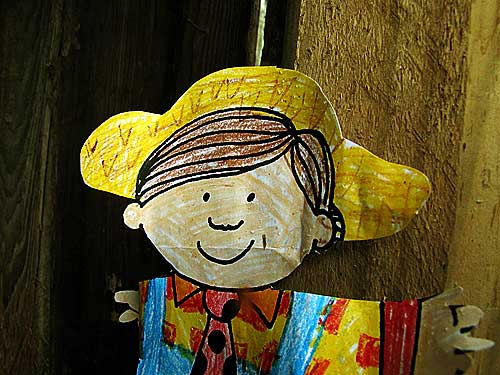 Then he came running and said, “Farmer! Farmer! I know how the goat is getting out, Farmer! She ate off the latch on the top half of the gate and she is jumping out!” 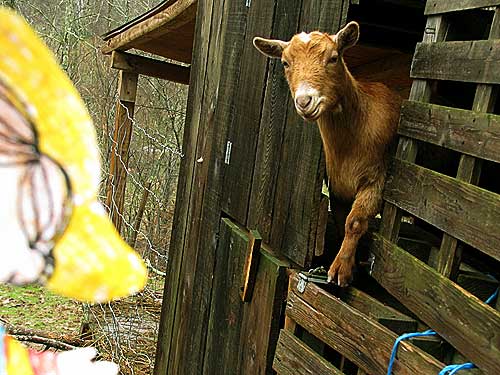 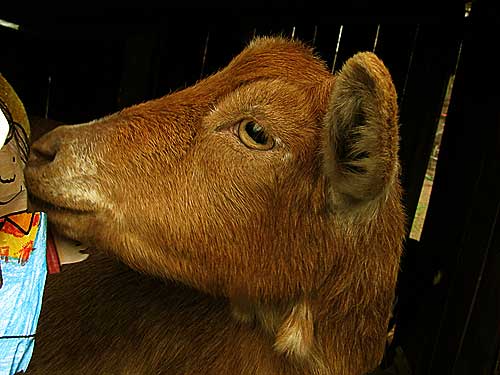 And I said, “Flat Stanley, you did a job, after all! You’re a goat detective!”

Flat Stanley was so proud, he almost burst the Crayola off his shirt.

Then I let him watch TV and eat goat cookies. 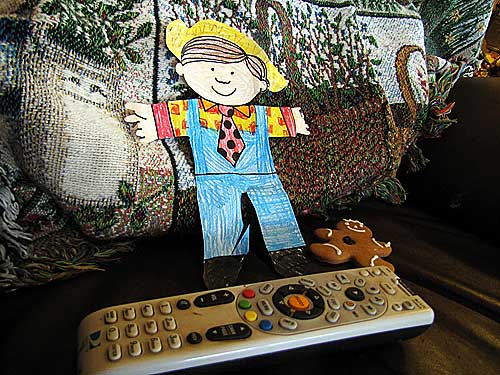 And take a nap with Casper. 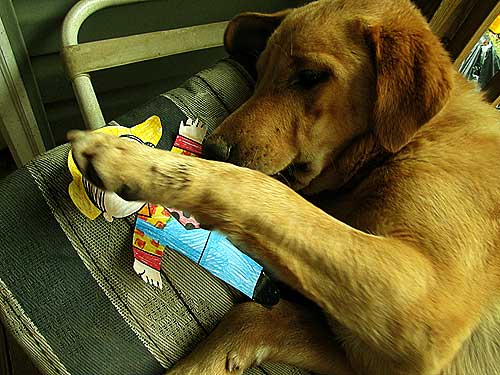 Then it was time to fold himself up and go home.

And he was only a little the worse for wear after his day on the farm. 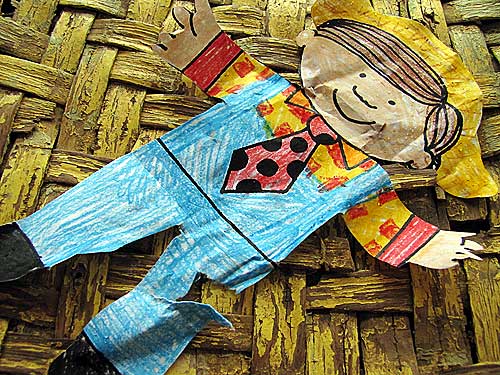 Flat Stanley: “That’s okay. I can be ironed!”