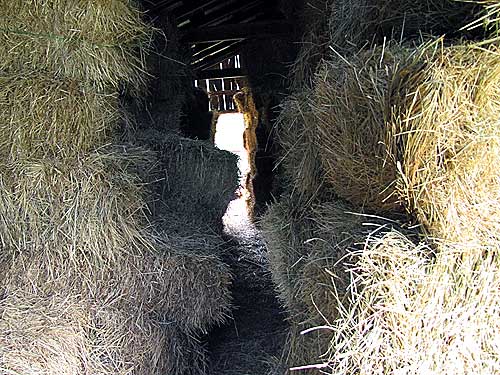 The path through the loft.

My hay loft is FULL. It is the best feeling in the world, to be standing in the tiny few feet of space that is free, surrounded by towering stacks of square bales. It’s such a good feeling. I wondered what the loft could hold. I guessed 500, and that is now proven. I brought home 250 today. I had around 325 in the barn already. Part of the hay went into the “funky” stall, after the loft was filled. 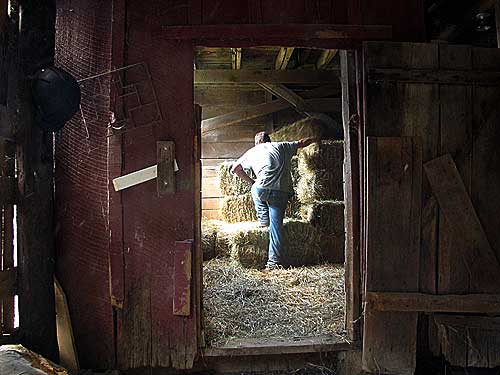 We got about 75 bales in there. 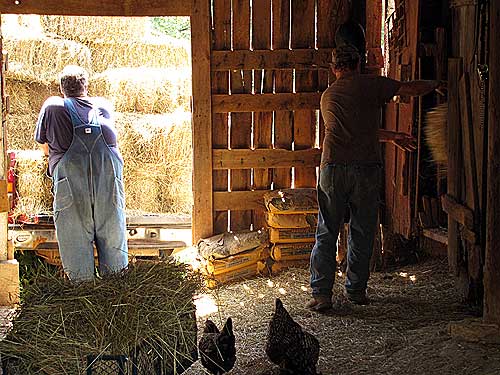 Maybe 20-30 more can fit, then the rest will be stacked against one side in the storage side of the barn. I’m going to try to get another 100 tomorrow, which would take me to 675. Adam talked me down off the 700 ledge. He thinks I don’t really need more than 650, even with the bull. (What bull?) By the hay rule of thumb, I need 600. One reason for extra is I may have a visiting bull later in the winter if I’m going to try to catch Glory Bee in her first heat after calving. It would be a good time for a bull to visit, rather than send the girls on a trip, because I’ll have them in the back barnyard, which is a very secure field and easy to monitor. It would reduce the risks of having a bull visit, keep the girls from having to travel (especially while Glory Bee needs milked), and if I count out from the birth, a pretty safe bet for a short visit.

Adam’s dad, a longtime farmer with milk cows, was here helping in the hay today. He checked out Glory Bee when we got back to the farm. He thinks she’ll calve sometime around or after Christmas. A Christmas calf?

We’ll just make one trip tomorrow, with two trucks. I’ll take what we can pack on and call it done. I worry a lot about having enough hay, so sometimes I need someone to tell me to calm down. At Stringtown Rising, we never had very much hay at a time. We had no barn, and no good place to keep hay. We kept it stacked under the porch. We had some bales under tarps one year, but when storms came and blew the tarps off, the hay got ruined. Sometimes we’d get way, way low on hay in the winter because we couldn’t store much under the porch and we’d have to manage to get more hay, and get it up to the house, on the slippery driveway. I’m sure this is why I’m such a freak about my hay supply here. I have Post Traumatic Hay Syndrome.

A full barn is like my personal anti-psychotic drug. 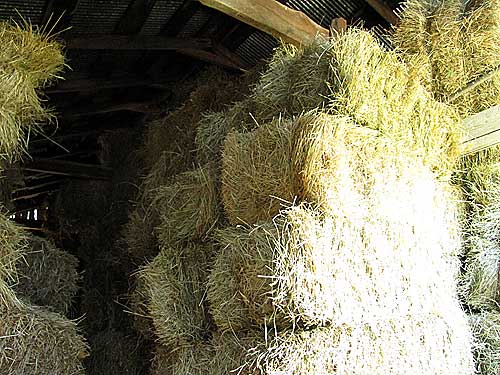 I had four trucks today. My cousin Mark brought his truck. 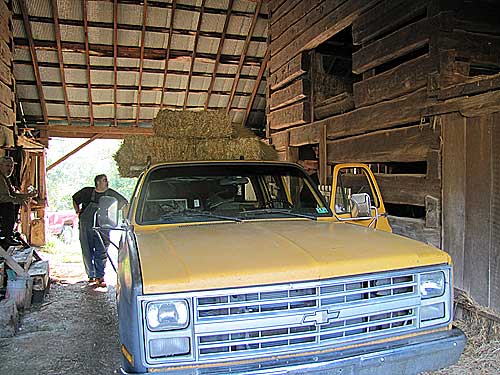 “My Debbie” brought her truck. I call her my Debbie, but those of you at the retreat know her as Debbie the cook. (She’ll be our retreat cook again this year.) 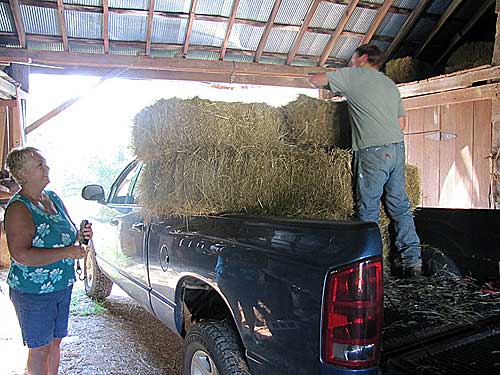 Adam and his dad came in their truck. 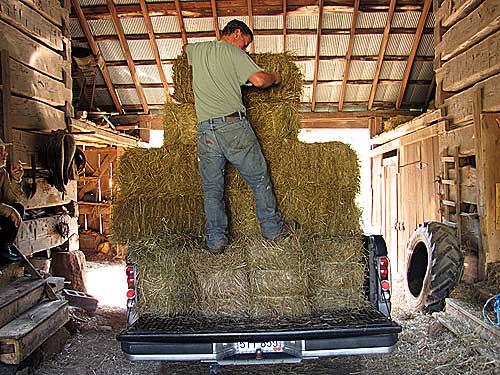 And I had my truck. 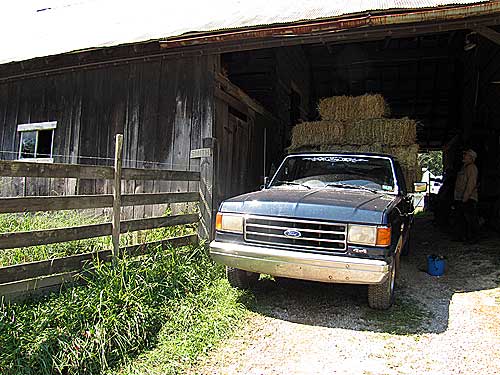 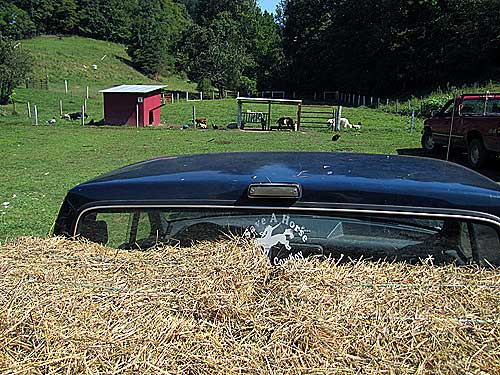 I’m the climber-upper in the back of the truck and unloader person. 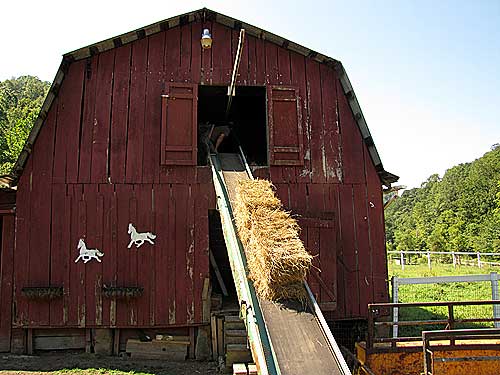 I like climbing high in a truck and pulling down bales of hay. It makes me feel like I’m 10. Not that I ever saw a hay bale when I was 10, but you know what I mean. Hay is fun, especially if you’re with fun people.

Tomorrow afternoon, we’re picking up straight out of the field because they’re baling. Once tomorrow’s haul is packed in the barn, I’m ready for snow! It’s been a hot summer. Snow doesn’t sound bad at the moment. Snow, a Christmas calf, and a barn full of hay. Sassafras Farm is my heaven.