Morgan, packed and ready to go back to Morgantown, this time–basically–for good. School starts at WVU next week. 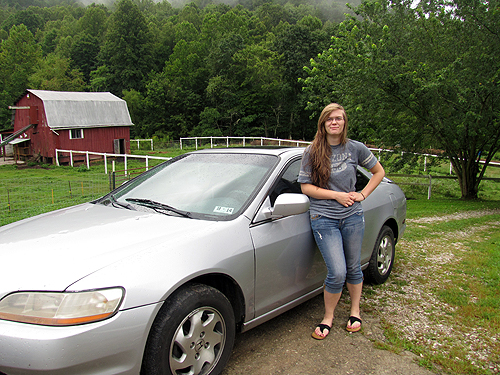 I was thinking about clinging to her ankles or throwing myself behind the wheels of her car so she couldn’t back up, but I’m pretty sure she would have kicked me out of the way then run over me. (Just kidding. I think.) She’s excited, eager, and ready to go. She’s a good girl, strong and confident and competent. HOW DARE SHE.

She started out in the world under six pounds, a tiny baby girl, and now she’s all grown up and going to college. I don’t know how that happens, but once somebody figures it out, I’m sure we’ll put a stop to it.

I asked her when she was coming back.

Me: “That’s not the right answer.”

Well, okay, I suppose I can live with that. Then I cried and clung to her ankles and threw myself behind the wheels of her car and she kicked me out of the way then ran over me.

She’s actually been back and forth to Morgantown quite a bit this summer, and had already moved most of her things. She’ll be living in an apartment. She loaded the last of her boxes of things in her car yesterday and I packed in a fresh loaf of homemade bread. 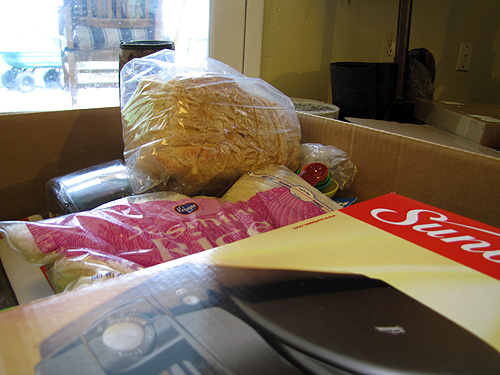 Can’t move in to a new place without some homemade bread, right?

Morgan is my last little chick to fly away from the nest. I knew it was coming. First Ross, to the Navy, then Weston, to college and then to the Army, and now my baby. I’ve had a number of questions as to how I feel about it. I’m proud of all of them. Morgan is the only one who has lived full-time in this house here with me, and on this farm, and she’s always been a good helper and my sidekick whether in dressing goats in costumes, cornering a calf (she HATES cows!), or trying out whatever latest greatest from-scratch concoction I’m creating, always willing to pose for pictures and tell me how crazy I am. She’s also pretty funny. I will miss her so much. But she’s coming back once a month, ha.

Meanwhile, there’s actually a lot going on here. I’ve got three retreats coming up in the next couple of months, and there is always a lot to do around here to keep me busy. And, I do have my own personal private life that has nothing to do with being a mother. There is a certain freedom, after 23 years of being a mother, to stretching my wings again as a woman. Nobody to buckle into a car seat or run after to sports practice or cut up their food. It’s time for me to dance on the town, so to speak.

I’ll try to stay out of trouble.

P.S. In less than two years now, Ross will be out of the Navy and he plans to return to Sassafras Farm. Eventually he’ll be starting a family of his own here. I won’t be alone on the farm long!