Yesterday, I got out of the shower with an ice cream headache from the cold. I had no hot water. Then Morgan discovered water pouring out of the cellar. I found it was coming from an old pvc pipe that was just sticking up there, apparently hooked to nothing except, you know, the WATER. I had all my plumbing replaced with new plumbing that doesn’t burst even if it freezes, so this was a piece of old plumbing left behind when the plumbing was redone. Probably, it was a mistake or oversight–a shutoff valve should have been installed on the pipe if it had to be left standing so that it wouldn’t freeze and burst and throw water everywhere. Now I knew why I had no hot water.

And now I needed a shutoff valve on a Sunday afternoon for a useless pipe that was giving me an ice cream headache not to mention throwing water all over the cellar and out the door.

I would
wear
them
out.

But you can’t get a hired man on a Sunday afternoon when you’re having a plumbing emergency. I called my neighbor Jim, who showed up in short order with my other neighbor Andy. The last time they came to help me, they saved BP’s life. 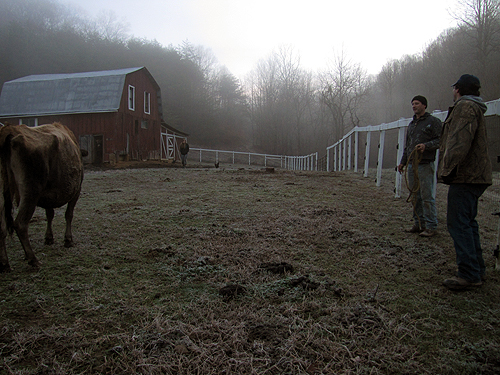 They inspected the situation, turned off my water at the main, at least stopping the flood in the cellar, and promised to go home and see if they had a shutoff valve the right size on hand and would be back. It got later and later and later.

And I turned off the light in the cellar and went to bed because I didn’t think they were coming back. SUZANNE OF LITTLE FAITH!!! ::smack::

Morgan came in at 5 a.m. (because I can’t have enough problems in one evening but that she had been out doing something irresponsible) and I told her, one, she was grounded. She had left with a friend to go pick up Weston’s girlfriend in Huntington. She left out the part where they were actually going to take Mariah ALL THE WAY TO MORGANTOWN. That is a trip across the state and back from Huntington to Morgantown, an all-night trip. I’ve never grounded Morgan before. She is a very responsible girl! I told her she couldn’t go out all week, no boyfriend, nothing. Then she handed over her fancy new cell phone she got for her birthday and her laptop, too. I stared at her. She said, “I’m grounded, I have to give you my phone and my laptop, too.” Good thing I had her to explain to me what grounded was or I wouldn’t have done it right!

Anyway. Second, I told her that there was no water. Then I took a bottle of water and went to the bathroom to brush my teeth and sleepily turned on the faucet without thinking.

AND WATER CAME OUT OF IT.

While I was sleeping and while Morgan was driving back and forth to Morgantown (am still upset about that obviously!), Jim and Andy came back in the dark, put on a shutoff valve, and turned my water back on. 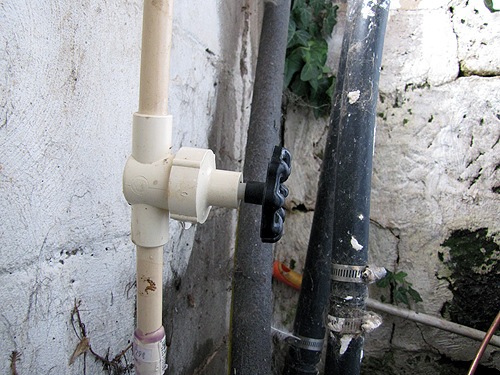 And now I’m going to go bake them each a loaf of bread and then decide what I’m doing with my new phone and laptop!