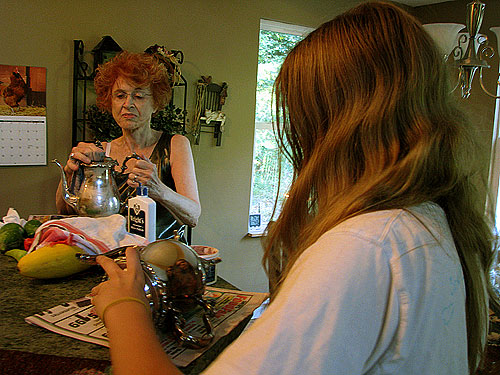 My mother can get Princess to do just about anything. Like polish the silver. You know, a cleaning task. Because she thinks she really is a Princess and she’s waiting for her servants or fairies or something to appear and do everything for her. I started telling her she was a princess when she was a baby, and when she went to kindergarten, she introduced herself to her teacher and informed her that she was a princess. Perhaps I convinced her too well…. Or maybe it also has something to do with the fact that she is the only granddaughter, which is a catch-all justification for why she often gets this, that, and the other that the boys don’t get because, after all, they are boys and they wouldn’t want it (whatever it is) but she’s a girl. My mother even had a porcelain doll handmade in her likeness and dressed in one of her baby dresses. Not that she’s spoiled and deified or anything…. Okay, she is!

My parents visited recently for a couple of weeks and, as always, Princess insisted that her grandmommy sleep with her in her room. They’re tight, those two. Grandmommy is her favorite person, and my mother is a very good grandmother. She even remembers to pay attention to the boys sometimes. (Just kidding. She loves them, too. And they love her. Did I mention she’s a good grandmother?)

But she has a special relationship with the Princess.

My mother was the keeper of Grandmother Bread in her generation. My father’s mother taught it to her as a young bride brought to West Virginia by my father. My grandmother had two daughters, but neither of them grew up to be bakers. My mother, a daughter-in-law, carried the bread down to the next generation. 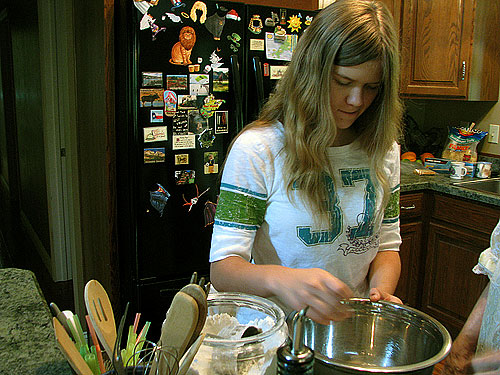 I’ve made Grandmother Bread with Princess before, but I wanted her to make it with my mother so that she would remember making this special family recipe with her grandmother.

She looks very serious about it, doesn’t she? She’s the new Keeper of the Bread. It’s an important job. 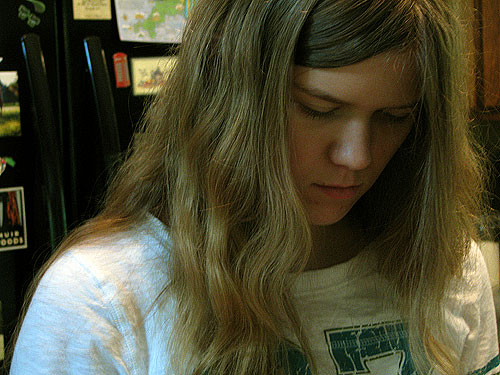 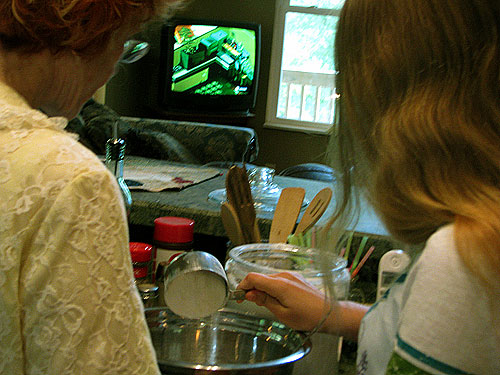 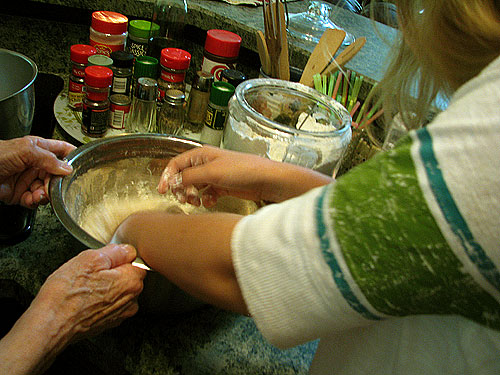 And Princess proudly carried her fresh, warm loaf to the car on the way to a family lunch. 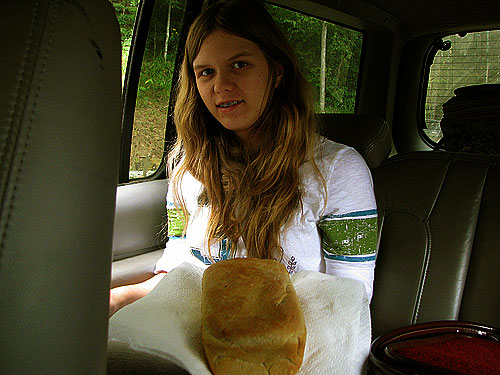 As a side note, my father has never made bread in his life, and if my grandmother hadn’t lucked into my mother as her daughter-in-law, this recipe would have been lost in our family. I hope Princess will carry it on to the next generation, but just in case, I’ll teach it to my daughters-in-law, too. You never know who will carry it on. And, no, my boys just aren’t interested. My father, by the way, kept calling it “light bread” while he was here this time. I’ve never heard him call it light bread before. My mother always just called it bread, and that is what my grandmother before her and before her and so on called it. It was just the bread. I did a little research, though, and figured out that “light bread” is an old-fashioned term for any white loaf bread, so it isn’t out of the realm of possibility that it’s a throwback term my father heard when he was a child. He’s 82 now.

My mother had a birthday while they were here (she’s only 29, by the way), and I took her and Princess to lunch at my favorite restaurant in Charleston. (Soho’s at the Capitol Market.) Princess always has to run into one of the shops inside the market and buy a giant lollipop. Because, you know, she needs a giant lollipop. 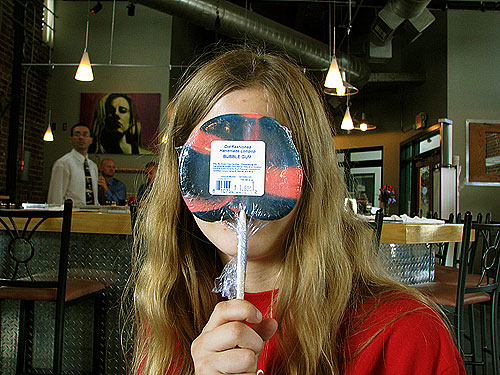 Then I took them to a spa where I had them scheduled to have massages together. No, I didn’t get one, too. I was the facilitator. 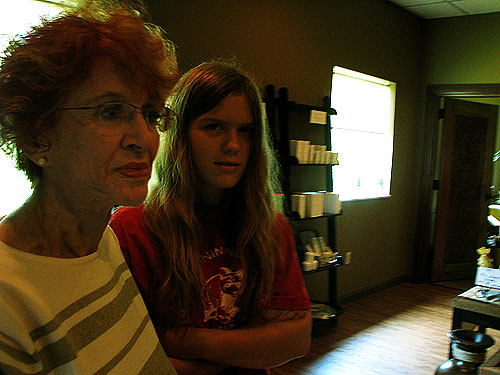 Princess backed out at the last minute. How anyone can pass up a massage, I don’t know. But she’s twelve, so I guess she doesn’t get it yet…… She ended up changing her appointment to a pedicure. (Sorry for the blurry picture! I was sneaking! Look at her pointing at me….! Which is why I was sneaking.) 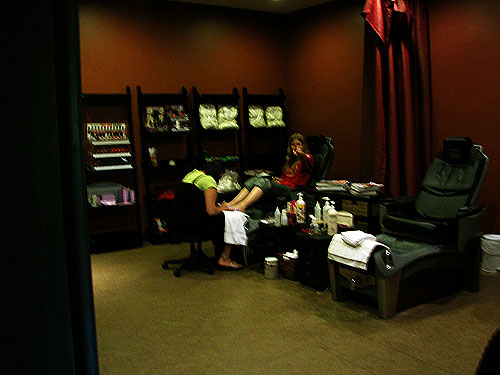 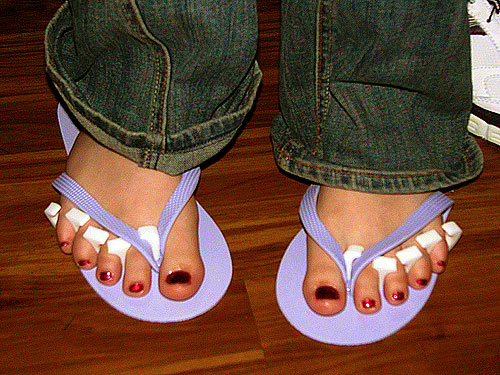 My parents are back in Texas. School’s back in session. Football games are on the calendar for 15, and 17 is in his last year of high school. (How did that happen?!) And I’m already thinking about ice on the driveway………… Where did summer go?