This time last year, I already had most of my hay in the barn and was getting ready to finish up with the final haul. Fast forward to this year, end of August, and I had no hay in the barn, for various reasons. If I have one problem, I have ten, it seems. Everyone who would normally be helping me is working full-time, for one thing. Near constant rain this summer has also been an issue. My own truck, the old blue pickup Ross gave me, is broken down at the moment–seeming to take away even my own ability to haul hay.

I do expect to have help available in the fall, but that’s pretty late to wait to get as much hay as I need. It was making me nervous. If I was going to have all the hay I want, I needed to get started, lay in at least some of it, somehow, before the summer is over.

This weekend, I had one way to get it. 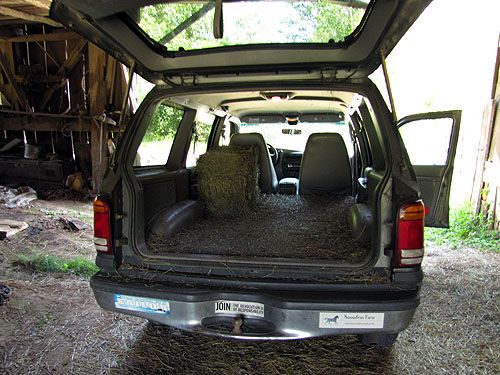 And one person to help me. 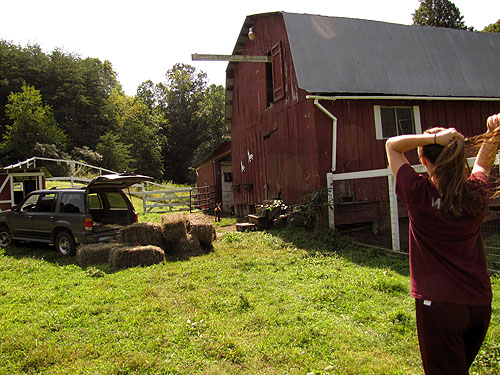 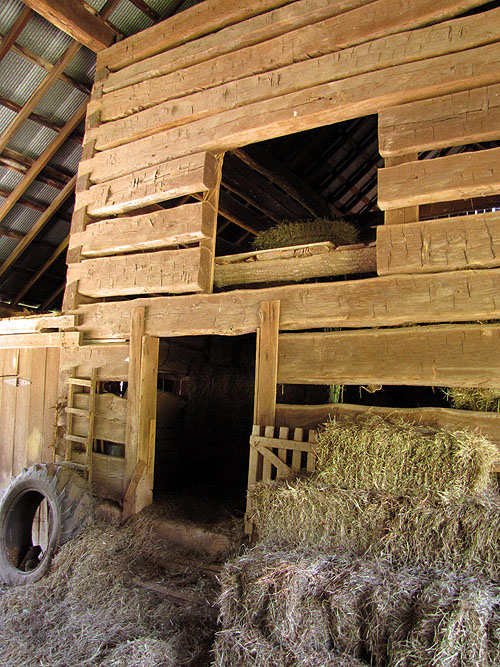 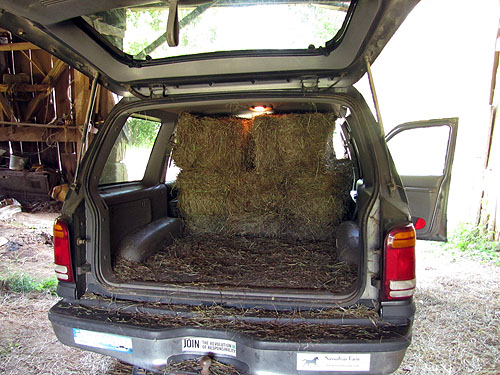 I can get 11 bales of hay in my Explorer. 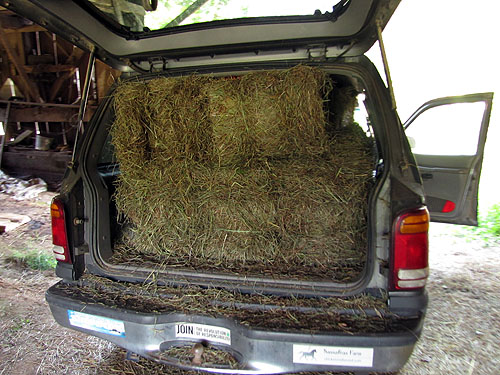 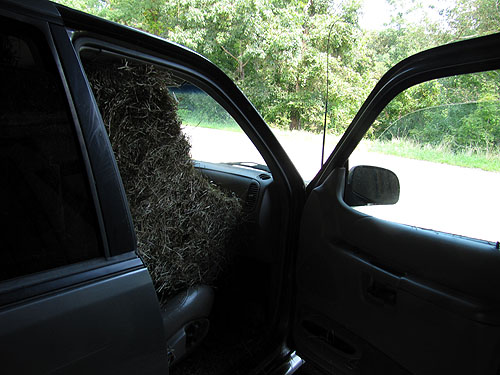 My passenger was drinking or something because every time I’d go around a curve, I’d get smacked. Back at the farm, I’d unload. 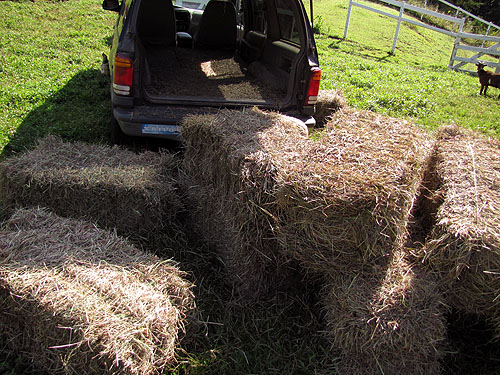 Morgan got the bales up the loft stairs. Even the hay elevator is not up yet.

But in the end, we did it. Just us two girls. 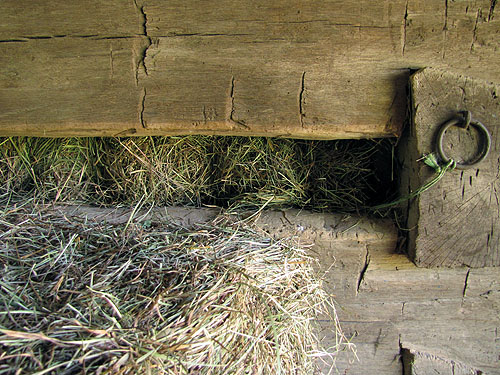