I stumbled across The Wilder Life: My Adventures in the Lost World of Little House on the Prairie

(by Wendy McClure) recently when I was having an odd surge of interest in the Little House books by Laura Ingalls Wilder. I hadn’t thought about those books in years then in some kind of apparent wave of synchronicity with the planet (considering this book had just been released), I was browsing Amazon trying to find some kind of book about Laura Ingalls, and even thinking of repurchasing the entire Little House set. (Have no idea what happened to my set of the books.)

As a tomboy kid, I wore my long brown hair in pigtails quite a bit, and spent my childhood constantly being told I looked like Laura Ingalls (particularly the Melissa Gilbert version). 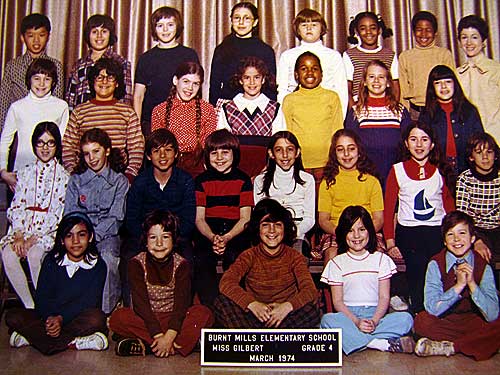 Let’s zoom in on that poor pigtailed girl. 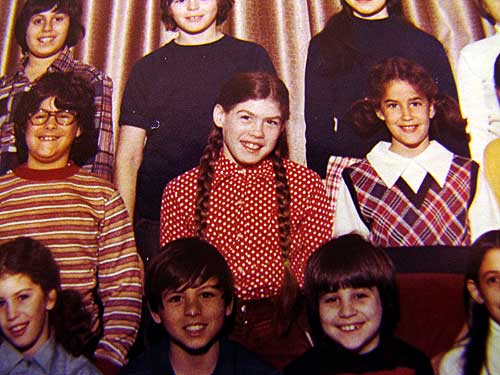 I rest my case.

Though I never liked the comparisons to Laura Ingalls (not sure why, I just remember that I hated being told I looked like her—and yet, this didn’t stop me from continuing to wear my hair in pigtails), I did love the books and read them over and over. I was only a so-so fan of the TV show. I’d already read the books, so the show never felt quite right. Morgan has never read this series, by the way. She and Weston are both wildly voracious readers, but Morgan went through a phase where she claimed to hate reading. It was at that age that she might have fallen in love with the Little House books, so she missed the boat.

I came across The Wilder Life book during my recent inexplicable spark of interest in the series, and it’s seriously fun reading if you have any interest in the Little House stories and the family behind them. The author is beyond obsessed with Laura Ingalls, and admittedly so. She, in fact, does actually acquire a new (old) set of the books (having also lost her childhood set), rereads them, and starts researching the Ingalls. The author, Wendy McClure, is a children’s book editor in Chicago, and also a writer, and the book is a chronicle of the engaging, sometimes hilarious, madness of her full-on dive into “Laura World” in search of the truth and the fantasy about the Little House series. She dons sunbonnets, learns how to churn butter in her apartment kitchen, and takes the complete pilgrimage tour of all the sites in the books. (Most of which don’t exactly exist now, other than in recreations.)

The disturbing part of the book, of course, is discovering that these real people were real people. (Sigh!) Pa was no hero. He was a ne’er-do-well, a chronic failure, and a jerk. The family moved so many times in part because they were being thrown off claims they had no right to or they were running away from debts (usually in the middle of the night). Pa’s adventurous spirit was a little more complicated than presented in the books. He even worked Laura and Mary as servants in a hotel at one point to support the family. (The Little Hotel of Child Labor was somehow left out of the series.) During the time the family lived in the actual little house on the prairie (the site of the most popular book of the series), Laura was only three, and that entire book is a work of fiction. (It’s somewhat akin to the moment you learn that Mammy Jane hadn’t even gotten married until after the Civil War was over.)

We always knew the books were fiction, though, right? They were shelved in the fiction section of bookstores and libraries. I always thought of them as real—but then, I thought of Peter Rabbit as real at one point…. And yet, the Little House books still shine to me as truly fabulous children’s books. No need to distress the kids with the truth about Pa. (That would really take the glow off the prairie.)

As for Laura, her writings were largely controlled by her daughter, Rose, who she allowed to perpetuate even more myths about her life and family than she made up herself. In the 1930s, while working on the books, Laura and Rose drove out looking for the site of the little house on the prairie and couldn’t find it. (No wonder. Laura had no actual memory of that period.) It was only discovered later by researchers through land claim records. Despite the presentation of the books as fiction, Laura made numerous speeches in her life claiming the stories in the books as truth, further confusing the issue. Maybe Laura needed to believe the stories as much as we did. Her childhood wasn’t truly that idyllic. (But then would we have loved the stories as much if they had not been?) Despite it all, or maybe because of it, these were still real people that worked in a day the way most of us don’t know how to work in a year, and in the same way that the books still shine, the Ingalls family still represents something heroic.

Watching the author of The Wilder Life take what she calls her calico-sunbonnet freak flag flying adventure into “Laura World” is enormously fascinating—mostly because of the author’s self-deprecating take on her own need to do it. I have no compelling desire to travel hundreds of miles to stick my feet in Plum Creek, see Pa’s fiddle, or find the sod house, but it was fun watching her do it with her mixture of disappointment and wonder all wrapped up in a humorous acceptance of her own absurdity. I totally recommend this book if you were a childhood Little House fan. But don’t let the kids read it. At least not till a long, long time after you’ve told them there’s no Santa Claus, either.

If you’re interested, you can find the book here

. (I got it on my Kindle, which is a little cheaper.) You can find the author’s website here, where she has some photos of her “Laura World” journeys. (She really is obsessed. She twitters as HalfPintIngalls.)

Did you read the series when you were a kid? Were you are a fan of the books or the TV show? Do you find the truth about Pa as disturbing as I do? (I’m still disturbed!)