The great fencing project is complete! And I was quite nervous about the herding. We had to move the sheep out of one pasture, across our driveway, and a couple dozen yards down the road to the gate into the new pasture. It’s not terribly far, but sheep have a mind of their own. They can generally be led by rattling a can of feed, but this isn’t an absolute. They’re also likely to be sidetracked and obsessed by the first blade of grass they see. Or sidetracked and obsessed by a blade of grass a hundred yards away.

We could have lassoed them one by one and led them with ropes, but that seemed like a pretty big task, plus we had a bad experience with that the last time we tried it when we moved them from the goat yard down to the meadow bottom. Putting a rope on them has the instant effect of making them want to sit down and call a strike. Sheep aren’t all that cooperative.

Eventually we decided we’d get some help and herd them over there en masse. I tried to call Frank because he enjoys chasing assorted large animals, but he disappeared in my hour of need. We had 52’s sister and her husband, though, and we embarked upon certain disaster.

Or so it felt like to me based on everything I’d learned about sheep in the past year and a half.

Not only would we have one sheep loose, we’d have the whole herd. 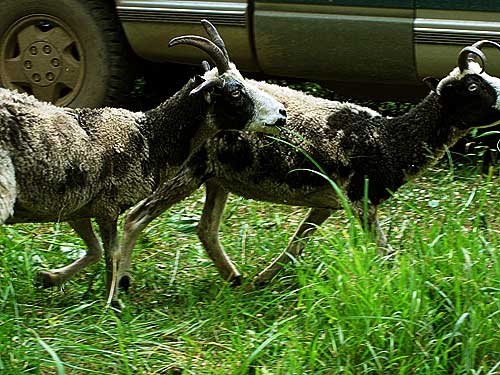 They’d take off for the hinterlands, thirsting for freedom, wild times, and no curfews. 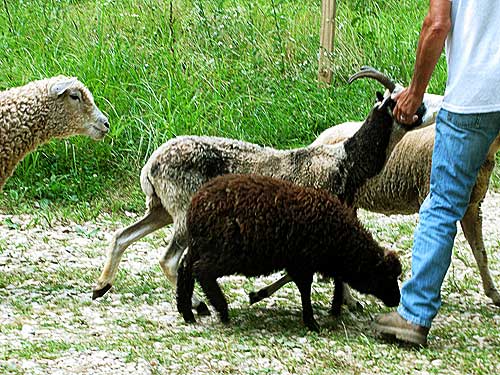 Don’t fence them in! They’re ready to rumble! 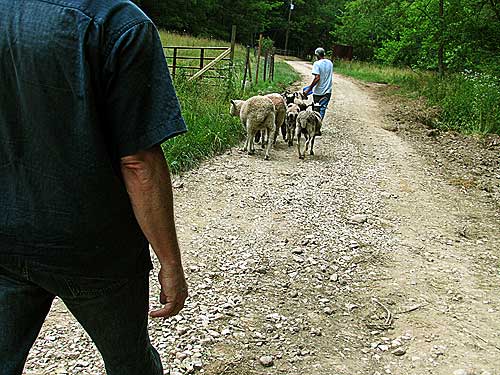 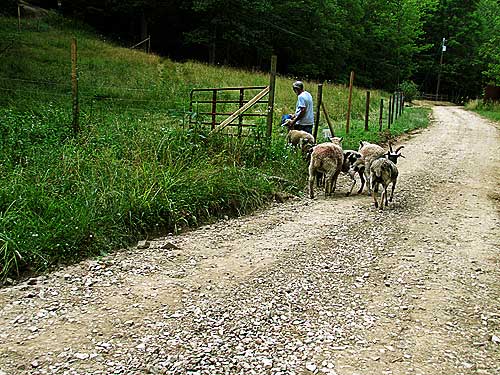 I don’t think I know these sheep. 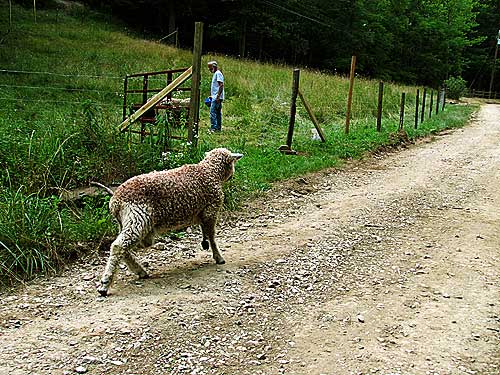 I’ve never seen such well-behaved sheep in my life. 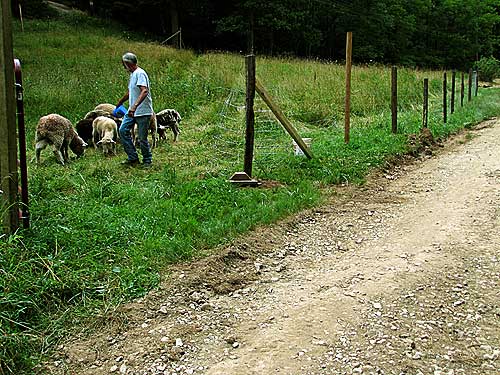 I think they do stuff like that just to mess with my head. 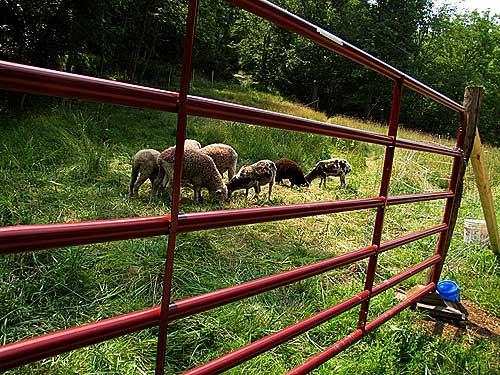 If Frank had been here, he would have been real disappointed. 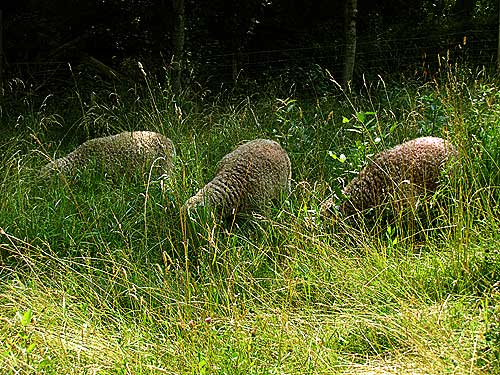 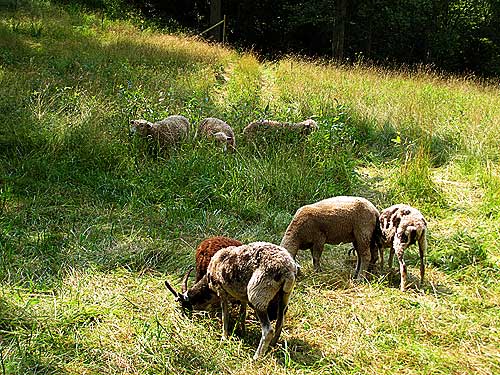 It took them a while to even realize there was more to the pasture than the area by the gate. I was afraid we’d come down later and find them all passed out from gorging. But it didn’t happen. 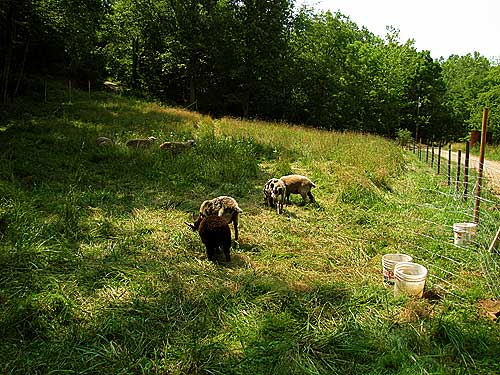 Meanwhile, my cousin, Mark, showed up with a truckload of bran and leftover whole corn for the animals from grinding at the Mountain State Arts and Crafts Fair recently. (He sells his cornmeal there and also at our local Black Walnut Festival.) 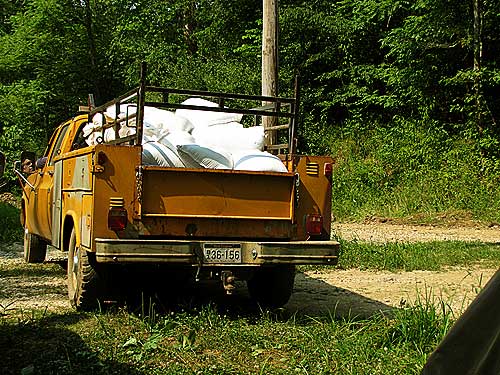 His wife, Sheryl, and my dear Georgia came, too. 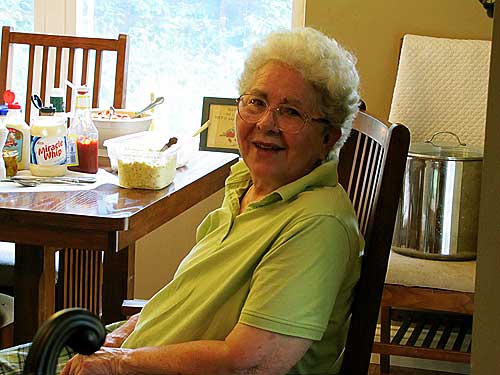 And since the sheep were in high cotton, we had a little feast of our own. 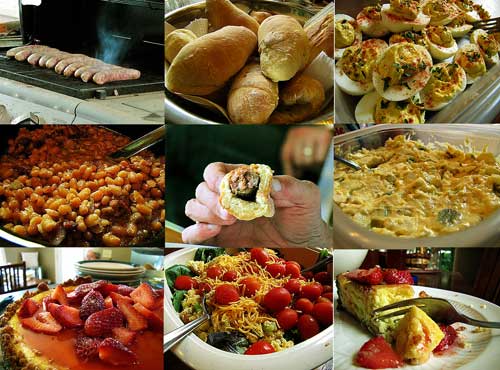 And none of the people ran away or passed out, either.

That I know about.