It occurred to me that some of you might be interested in memoir writing, and since I learned something in this process, I thought I’d share it with you. I’ve been a professional writer all of my adult life, but had absolutely no idea how to write a memoir. I believed I had a story to tell, but I couldn’t wrap my mind around how to tell it.

I had turned over the idea of writing a book for the last couple of years. Last fall, I started actually writing the book. I still couldn’t wrap my mind around it, but I decided I’d toyed with this idea long enough and I plunged in. I wrote about half of it and sent it to my agent. She told me I wasn’t digging deep enough and I needed to break down and tell the real story.

I knew she was right, and I started rewriting the first half of the book, tossing much of what I had written previously. I got about halfway through again, still struggling, when a light bulb went off in my head. Then I rewrote the first half again, wrote the second half, and it practically fell into my computer like magic. It was a runaway train I couldn’t stop. By then, I’d moved to Sassafras Farm, of course, and realized that one of the major obstacles to finishing the story when I was still at Stringtown Rising had been that I hadn’t finished living the story.

It’s impossible to write a story you haven’t finished living.

If you’re having trouble writing your story, you might just have to be patient. You might not be done living it.

One thing that both impeded–and helped–me to write my story was the fact that I have had 26 romance novels published. I know how to write a book. A romance novel. This was a hindrance because I thought I had to set aside everything I knew about writing fiction in order to write non-fiction. Then it was immensely helpful when I finally had my light bulb moment.

Just because you’re writing a true story doesn’t mean you have to set aside everything that makes a great story. In fact, a memoir should be a great story, and if it’s not, you’ve picked the wrong slice out of your life. Go find another slice that’s more interesting.

The slice you choose should include something important that occurred over a span of time, something that shaped you, changed your life, and helped you learn a lesson. (In other words, you took a journey.) You have to decide the beginning time and the ending time for that slice. Within that time frame, you might include some backstory or flashbacks to a period of time not directly covered in the story–but those pieces need to be carefully selected to further the storyline or deepen characterization. And even within your chosen time frame, you’re not going to include every single thing that happened every single day. Events or “scenes” have to be chosen that forward the story. (Leave out the boring stuff.)

In a memoir, YOU are the main character (aka the protagonist or hero). There should be an antagonist–someone (or several someones, or even in some cases, a non-person, such as the shark as the antagonist in Jaws) who stands in the way of what you’re trying to achieve. What you’re trying to achieve in a memoir can be almost anything, usually learning something about yourself (broadly speaking). Your lesson should be universal and empowering–so that you are offering a “take-away” (something to learn) to the reader, too. Your reader should get as much out of your adventure as you did.

You need all the components of a great story, just as in fiction, only the events are true. At the beginning of the story, the hero (aka protagonist–you) should set out on a journey. (The journey doesn’t have to be a literal trek over the mountains, of course. My journey involved trying to become a real farmer.) The journey should be filled with characters–some of them present stumbling blocks, some of them are helpers, but they all contribute to the lesson learned on the journey in one way or another. In my story, the cast includes my family, the “neighborhood” of quirky characters in Stringtown–from the Ornery Angel to Skip and Frank and all the rest–not to mention the whole slew of ridiculous farm animals. You’ll need to make the reader care about your characters–and about you. It takes emotion. You’ll have to dig deep and not be afraid to reveal your personal feelings, and maybe a secret or two. Time to bare your soul.

You need three crucial elements to carry the journey–goal, motivation, and conflict. (You must have all three.) What is the goal of the journey? (What do you hope to accomplish or learn, etc?) What is the motivation? (Why do you want/need it?) What is the conflict? (Who or what stands in the way?)

You need a greatest fear–which is faced in the “black moment” of the story. (This is the darkest hour–when all appears lost, the journey is on the brink of ultimate failure.) The black moment is followed by an epiphany–the moment in which the lesson is not just learned but understood. The epiphany gives that darkest hour value, makes it make sense, and leads to the triumphant resolution. In a western, the resolution means the guy in the black hat gets shot. In a mystery, the murderer is captured. In a spy novel, the world is saved. In a romance, they live happily ever after. In a memoir, the resolution can be all kinds of things–in mine it was the move to Sassafras Farm. My greatest fear, of course, was that I would have to leave Stringtown Rising, which I feared nearly every day of my life while I lived there. In the darkest hour, I had to face it, and I had an epiphany–and a triumphant resolution. And that’s about all I’m going to tell you about my story. You’ll just have to read it! There’s a lot more to my story than I ever shared on the blog. For the book, I pulled back the curtain, bared my soul, and gave you the whole story–along with the quirky characters, the animals, and a lot of other ridiculous stuff for which you know me. 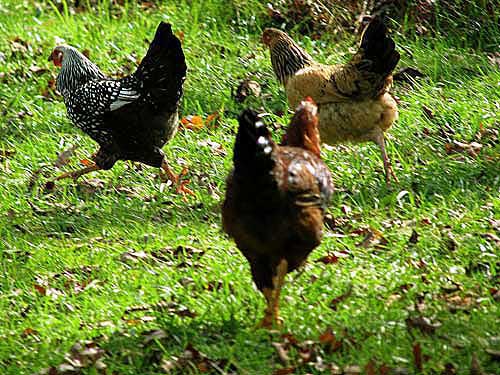 When it finally clicked with me that a memoir needed a story arc the same as any story, I was already at Sassafras Farm, so it’s just as well I didn’t figure it out till then. From that point, choosing the beginning time and ending time of my story was easy and obvious, and all the rest of the elements of a great story snapped in place. If you’ve chosen the right slice of your life about which to write a story, it will all be there naturally. You can’t force it. Remember, you can’t make anything up. It all has to be true. The slice of your life you choose to tell in a memoir should be a great adventure, and every great adventure inherently holds everything inside of it that makes a great story.

I’m hoping I’m entering an extremely boring period of my life, about which I could never write a follow-up memoir because nobody wants to hear about endless days of perfection, rainbows, and butterflies. A great story requires drama, danger, and the risk of losing it all.

But I don’t know. I could be living my next great story now. And so could you!

If you ever thought about writing a memoir, I hope you’ll find this helpful. If you don’t have a background or solid understanding of fiction technique and story structure in order to apply it to telling a true story, I recommend checking out the “how to write fiction” section of a bookstore and grabbing a few books. The more you understand about the elements of a great fictional story, the easier it will be to find the great true story in your own life. Good luck!