So I was flat out on the stone pavement in front of this old church on top of a hill in Harper’s Ferry this weekend, taking pictures up at the 1830s architecture. 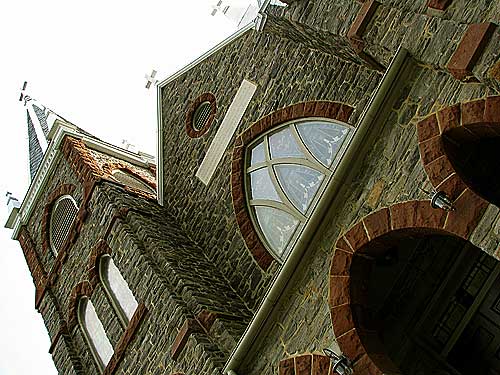 Did you not know I was in Harper’s Ferry? Do you not get the Chickens in the Road newsletter? Because the rest of the story of my trip to the Shenandoah Valley was in the June issue, which went out yesterday. (Sign up and don’t miss the next one! Be sure to click the mailing list box when you register.)

Anyway, so you get to this church by climbing a very steep and uneven set of old stone steps that you can glimpse just the first section of from this view through these buildings across the street. 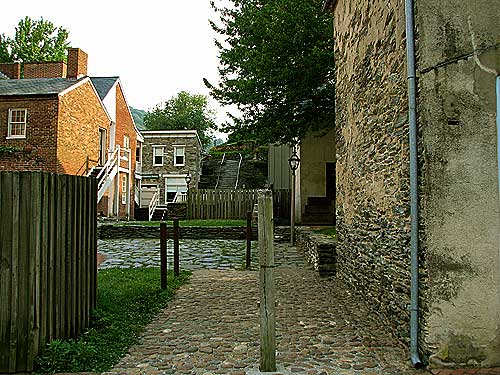 No wonder I had to lay down when I got up there.

Actually, I just wanted to take photos of the church. Saint Peter’s Roman Catholic Church in Harper’s Ferry is a beautiful building with lovely views over the rooftops and river. 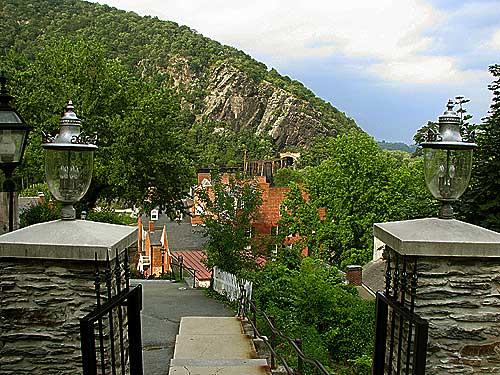 I bet people get married here. Wouldn’t this make a great spot for an intimate wedding? 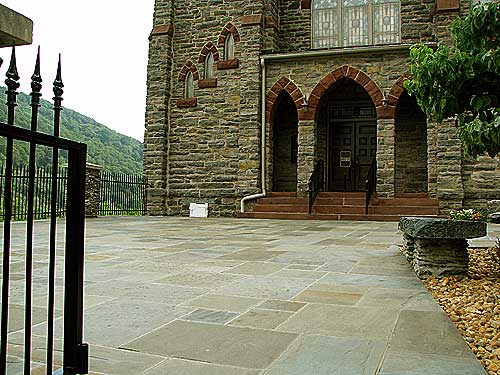 When I was finally finished admiring the church, I came down to the lane, which wasn’t all the way down the steps. 52 was already finished with the church because he wasn’t stretched out on the pavement taking pictures and he was getting ahead of me.

I went after him and then– 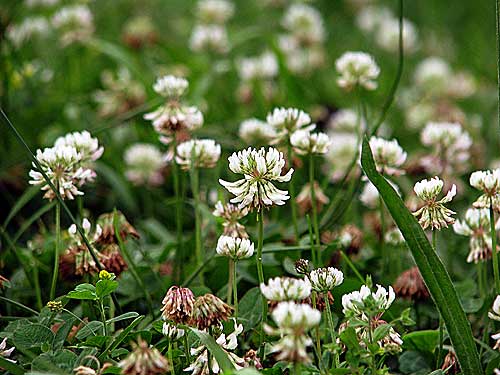 I came upon this field of clover and I had to stop and take a few pictures.

Then I saw it. 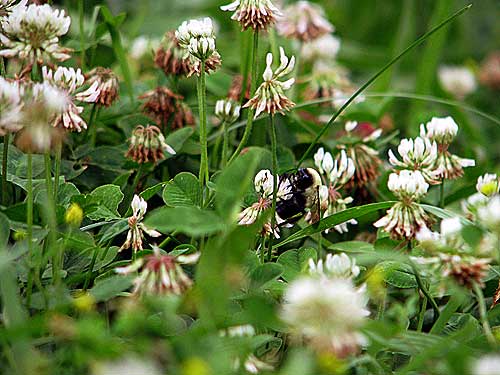 There was a bee. 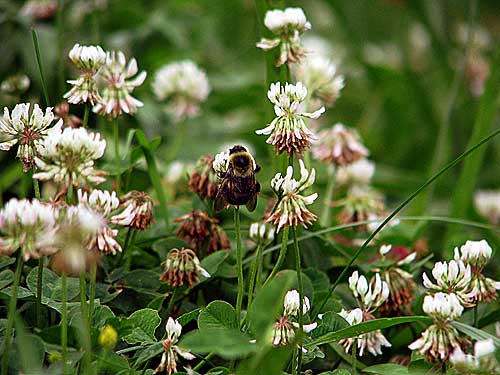 Frolicking amidst the clover. 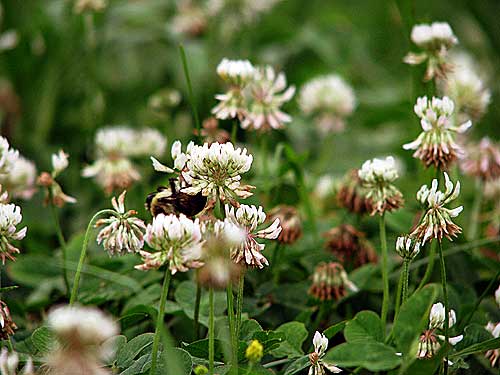 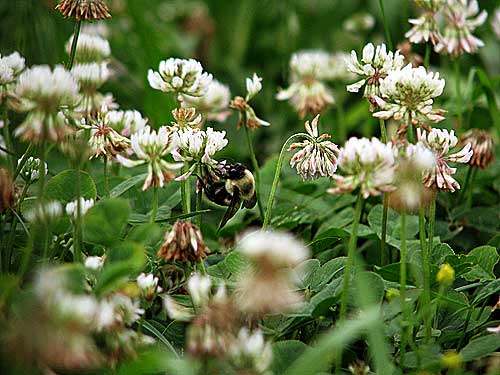 ….and swinging on stems. 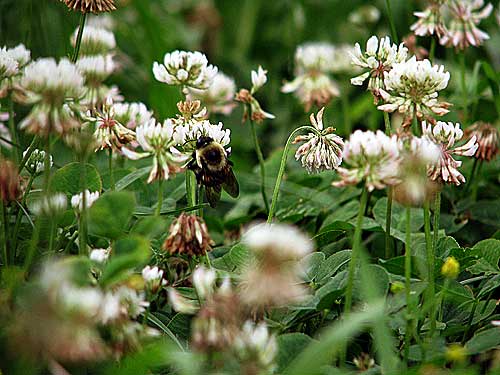 That bee was having so much fun. I must have taken 50 photos of that bee. I was mesmerized. Then I looked up and 52 had disappeared! I raced up the lane, into this eerily quiet, shadowed neighborhood where no one appeared to be alive and awake, and I called his name. And no one answered. And I stood there for a long, creepy, near enchanted moment while I considered whether I should go on up the road or start sobbing because I was alone in Harper’s Ferry and the only creature I knew was a bee. 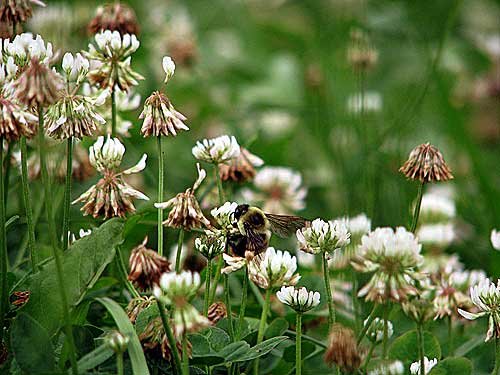 Then he walked out from behind a ruin above the lane and I beat him about the head for leaving me like that.

And I didn’t tell him one word about that bee.