Okay. So. About yesterday! What can I say? I’m from the city. I didn’t think it was that deep. (Put that on my tombstone–Famous last words: “She didn’t think it was that deep!” LOL.) So then my car is, like, in the water. I had an immediate sense that this was it, this car was so over, and I felt totally calm. I had just been to town, to pay my car insurance payment. I’m not kidding!!! So I looked around and figured out what I should get. My purse, obviously. My camera, which I always have with me. And my CDs. There was this man across the road and he kept yelling at me to get out of the car, it’s going to wash away. I opened the door–into the water–and yelled back at him that I was fine and I was getting my CDs. The car wasn’t in any near danger of washing away and I had the door open so I could get out any time I wanted to, but just in case it was to wash away later– Not going anywhere without my CDs. I got my CDs, slogged out of the car, walked down the road in search of who else but Steve-the-Builder, who I knew would take a toothpick and some wire and fly me out of there. 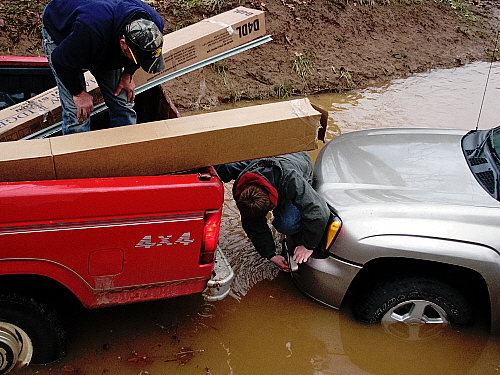 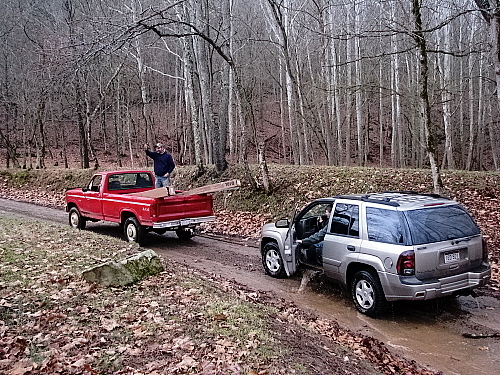 And I got a new one and it’s fab and I’ll try not to do anything else stupid for at least a couple more months, but that might be difficult because I’m so me.