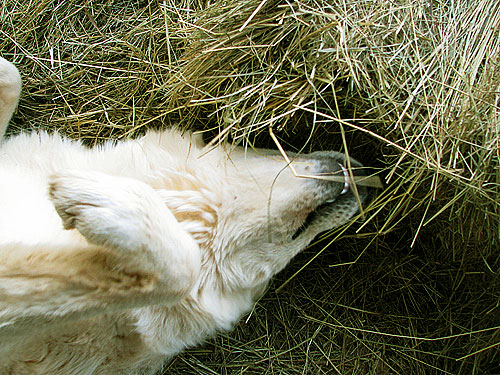 You kill me with these posts. What a riot. Which comes first, the story or the photos?

This question came the other day, and it’s not the first time a similar question has been asked. Often, people ask the same question and I find if I answer a common question in the comments, because not all people read the comments, the answer goes unread by many and then the question is asked again. So occasionally I like to pull a question from the comments and answer it as a post to give everyone a chance to read the answer. (If you don’t read the comments, you should! The BEST stuff is in the comments! The even bestest stuff is in the forum and if you haven’t been there yet, you should go! If you have been there and you’ve forgotten your password or are confused, please email me and I’ll help you out! It is SO much fun there!)

Coco: “I looooooooooove you, too, Clover.” 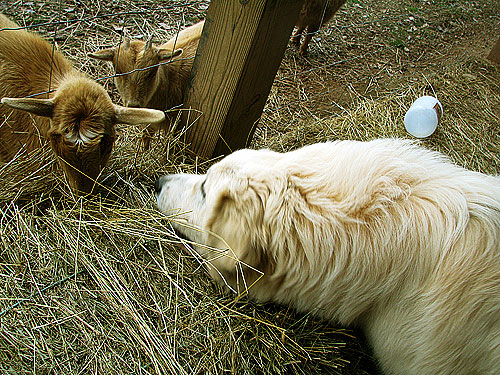 Okay, back to the question.

Just sayin’. This is ridiculous. All kinds of people all around me in this town, in this county, and in fact this entire state, who read this blog and have read articles about me and my blog that have been in the media all over West Virginia know who my children are because their names have been published. And when 15 becomes 16, things will be all mixed up with the past posts about 16 who is now 17 and will soon be 18. I mean, shoot me, I’m tired of carrying on the FARCE that their names aren’t known. Ross (17, he is named after my father). Weston (15 and no, he is not named after Weston, WV, he is named after his great-grandfather on his dad’s side who has no WV roots). And Morgan (Princess, and no, she is not named after Morgantown, WV, she is named after my great-grandfather John Morgan Dye whose farm is directly across the river from our farm and that is why she did the social studies project on him two years in a row). Those of you who have been around a while may remember that I actually used their names in this post a long time ago. 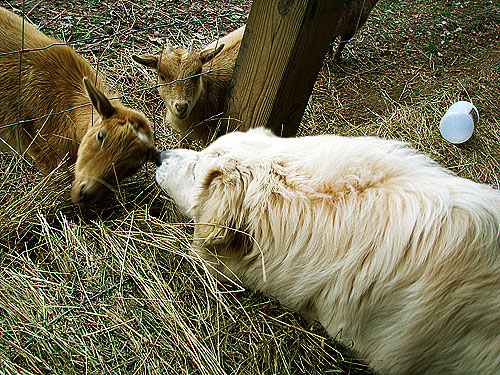 My first post was MORGAN putting out cookies for reindeer on the stoop of our house in North Carolina. That post is gone now because I never transferred over the first several months of posts from my original blog. Most of my early blog history is BORING. I mostly wrote about writer stuff. ::snooze:: One year ago, after some months of thought, I transformed my blog into Chickens in the Road. I had a plan, which I didn’t follow, for Chickens in the Road. I was going to post recipes only on weekends, when traffic is lower, and post informational/educational farm stuff. This totally didn’t work out because 1) I love cooking/baking and it reared its enthusiastic head and didn’t want to be reduced to dry weekend posts, and 2) I know NOTHING about farming. 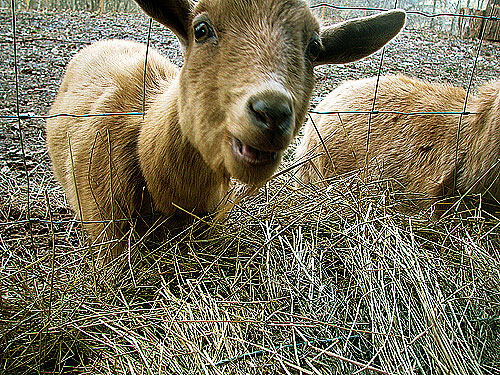 Then the chickens hatched.

And they started talking to me right away.

I am a writer. A fiction writer. I don’t know doo-doo about farming. I do know how to create characters and tell stories.

And I couldn’t help myself. 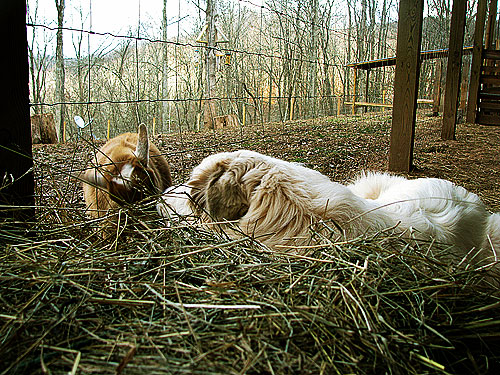 The first character, who created herself, was Lucky, the little chick who could. She shouldn’t have hatched, but she did. Then there was Spartacus. Then came the goats and Coco…….. And there are so many more farm animals to come, such as spring lambs. Some will be planned and some will no doubt come as a surprise. (Much of life is a happy surprise.) How do the stories happen? Two ways. One, I have no story in mind and I go hang out with the animals and see what they want to tell me. Or two, I have a story in mind and I go to see them with that story in mind. Which story is easier to tell? It depends. If I know what story I want to tell, I can actually take photos specifically to tell that story. On the other hand, sometimes it’s just easier to let them tell me the story, even if it means that they tell me the story and I don’t GET IT right away. I might have to go back to the house, look at the pictures, and say OH. Sometimes then I have to go back and take or retake photos to properly tell the story they were shouting at me was their story today. Generally, I like it best if I just let them tell me the story, even if it means I don’t get it right away. I find, most days, that if I am just patient enough to spend enough time with them, they will tell me their story. They are FULL of stories. 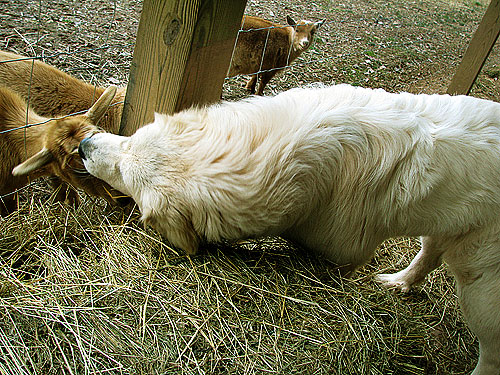 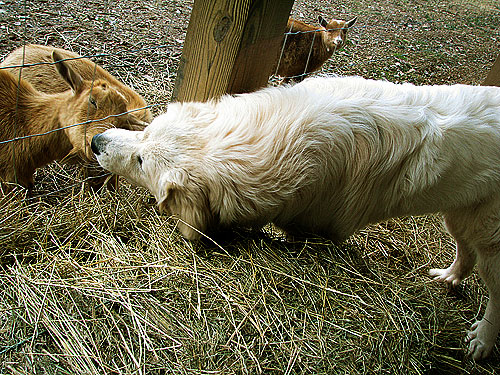 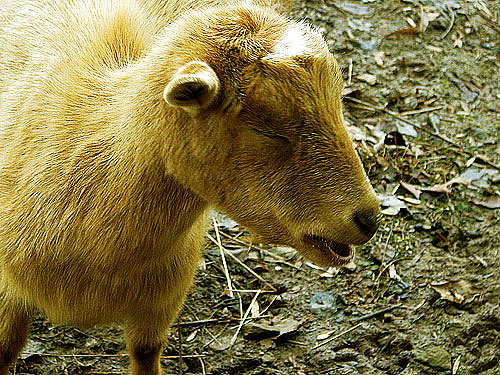 Clover: “I’m calling my agent! I want more money! I’M NOT GETTING PAID ENOUGH FOR THIS!!!!”

P.S. The last thing I want to add to this post is–I work for comments here. Just a scant handful per thousand of you who visit this site per day drop a comment. I understand–I’m shy, too. But if you want to drop a comment? I’d be grateful! It’s not hard, I promise. We’ll be nice to ya!!!