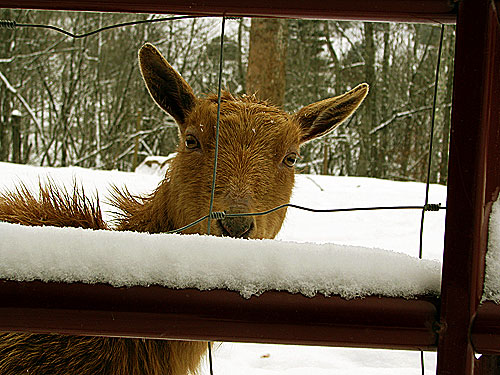 According to an industry insider, Winter’s North American tour has been cancelled due to slow ticket sales. With shows only selling at 40 to 60 percent capacity, Winter needs a real hit to reboost her fan base.

“Ticket sales have been terrible for this particular tour,” said show promoter Kris Kringle. “We were forced to cut the season short because of production costs.”

Despite a lineup including Christmas, Valentine’s Day, and St. Patrick’s Day, the season’s popularity has continued to decline.

“I am in utter disbelief that a season of this stature, with the most exciting displays I’ve seen in years, could not galvanize ticket sales,” Punxsatawney Phil, a longtime show supporter, said on the official Winter website.

One anonymous source blamed increasing creative difficulties as the season progressed. Winter’s steep snow, thickening ice, and repeated power outages heralded the sharp downturn in popularity that eventually sank her season. “Winter has always had trouble knowing where to draw the line,” the source said. “The same beautiful snow that makes her so magical can turn her fans against her in a heartbeat if she takes it too far.”

Kringle stated Winter would be taking some time off to re-evaluate her show’s size and scope. “This decision will only benefit her and her fans when she comes back after the fall.”

Fans holding tickets for cancelled shows can receive refunds at their point of purchase.