Our power went off late Sunday night when a wild wind storm blew through West Virginia. Monday morning, I was packing Morgan off to a friend’s house in town where she could take a hot shower before heading to school, and I was trying to get the generator started. Despite purchasing a lovely brand new float charger, I had failed to keep the battery charged on my generator and the push-button start wasn’t working for me. It was going to have to be pull started. This wasn’t working for me, either, of course, so I started calling the usual suspects–my neighbors.

Andy was on his way to Charleston, but he did answer his cell phone.

I drove the half mile up the road to Andy’s house, wondering if I was the only woman in the world who was this incompetent. There was a woman coming down the driveway from his door. I pulled in, rolled my window down, and said, “Is Andy’s brother in there?”

The woman said, “Yes, I just woke him up. I need him to come start my generator.”

Andy’s brother came to the door, pulling on his sweatshirt over his tee, and waved to me. “I’ll get you right after I take care of her.”

And that’s life if you’re a man down my holler. 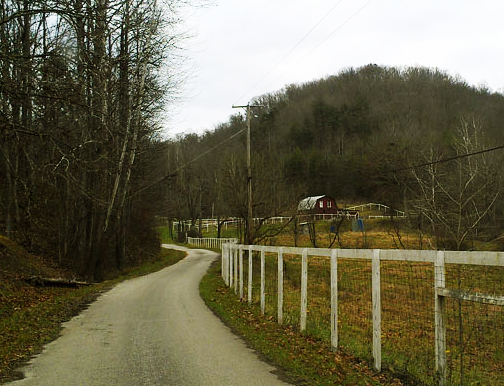