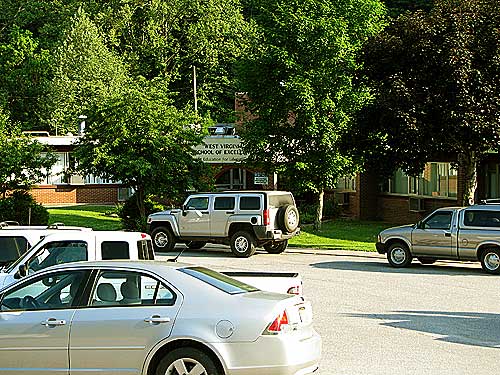 In another week, Morgan will walk out the doors of the little school in town for the last time. Walton Elementary/Middle is one of those schools, rare in most areas, that run from pre-kindergarten through 8th grade. It pulls not just from our little town but from surrounding small towns and rural areas. Even at that, it only boasts an enrollment around 350 most years. For nine grades. That’s an average of about 38 students per grade (some numbering more, some less). It’s a cute little school where everyone knows your name. 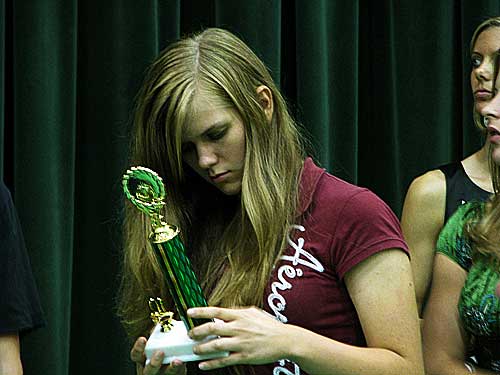 Morgan, after receiving an award at the sports banquet a few nights ago.

Morgan started here in 4th grade, Weston in 7th. Ross was in 9th grade when we moved here, so he never went to the little school. I wish he had. It was more difficult for him to make friends at the county high school, which numbers somewhere around 700-800. (Still not a huge school, of course–and that’s drawing from the entire county!) In a small school, kids form tight-knit friendships that carry to high school, and they have all sorts of opportunities that just don’t happen in larger schools. Everyone can be in the class play. Everyone can play on the teams. (In fact, they’re often begging to get enough to make a team. There’s no such thing as getting cut.) Everyone can shine in a small school. There is also a more “child-like” atmosphere retained through the middle school grades as they walk the halls with kindergartners.

I also really like that it’s close by. But my favorite thing, this year, has grown to be Mary the Operator.

As anyone who has kids in school knows, there is phone call after phone call through the school year with recorded messages to notify, remind, and inform parents of this or that. The phone calls really ramp up in the winter when there are repeated calls concerning weather-related events and activity rescheduling. The phone calls are automated messages sent via a dialing system. As the phone calls became a daily event in this past year’s snow-laden winter, somebody somewhere decided to turn Mary the Operator into a character. I’m not sure who or why or just when, but as the winter wore on, I began to stop hanging up on the recorded messages for activity schedules that didn’t relate to Morgan.

Because I had to hear what “Mary” would say at the end.

A call from Mary was, like, the highlight of my day sometimes.

Mary the Operator was an automated voice–one of those mechanical, robot-like voices where you know the words are recorded separately and put together when the message is typed into the machine. You know, where the intonations of the voice aren’t quite natural in the flow of the sentence.

Normally, calls would end with, “This is Mary the Operator. Goodbye.” But somewhere along the line, Mary started saying something else, something quite often ridiculous and/or hilarious right before she said goodbye.

Mary would say things like: “I love my Walton Tigers. All my clothes are green.”

“I’m not married and I don’t have any pets. My husband like to eat dog food.”

(That was my FAVORITE one!!! Look at all the ways that makes no sense. Perfect. I was laughing for five minutes after I put the phone down.)

Calls near holidays always included some special, holiday-related addition, such as Mary isn’t Irish (Happy St. Patrick’s Day!), but she wishes she were. Happy Cinco de Mayo! Mary loves burritos and wishes she could be one!

I have no idea who was typing the messages into the machine. I asked one day when I was in the school office and they wouldn’t tell me. The receptionist said she’d just gotten off the phone with someone who was calling to complain about Mary. They didn’t think Mary was funny! They thought Mary was offensive!

I said, “I think Mary is wonderful. Leave her alone!”

If nothing else, Mary was a genius ploy that made me actually listen to complete recorded messages from the school, even the ones that weren’t applicable to Morgan. And she was a real tension-breaker, often good for a laugh, during the frustrations surrounding severe weather.

Recorded phone messages from the county high school are boring and business-like, and are what I have to look forward to in the future.

I received what may be my last phone call from Mary the other day. The message related, again, to some event that doesn’t apply to Morgan and I never would have listened to the phone call except for waiting to see what Mary would say at the end. She didn’t disappoint me. She closed with: “I’m looking forward to summer. My children and I are going to the beach–but not the same beach. This is Mary the Operator. Goodbye.” 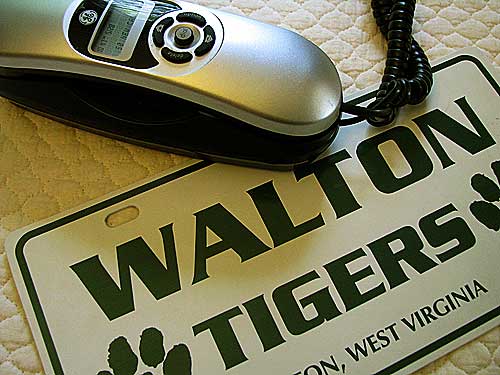