Drive, oh, about a quarter of a minute up the road from our farm…. 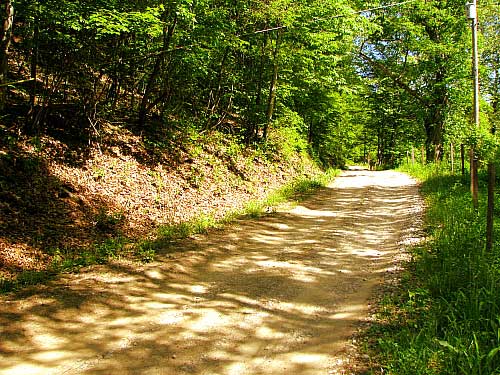 And turn into this unmarked drive….. 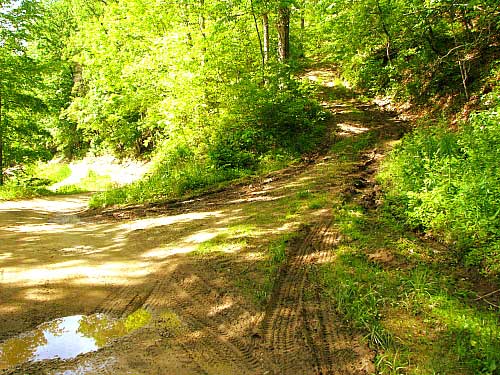 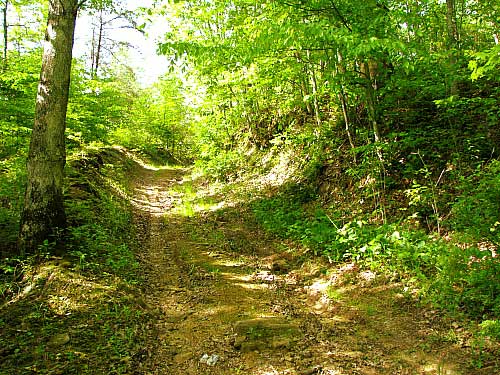 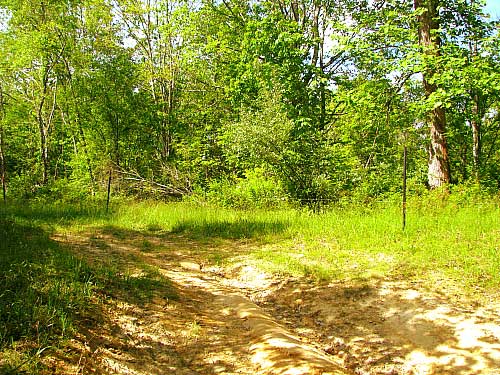 Till you come to this clearing….. Do you see what it is? 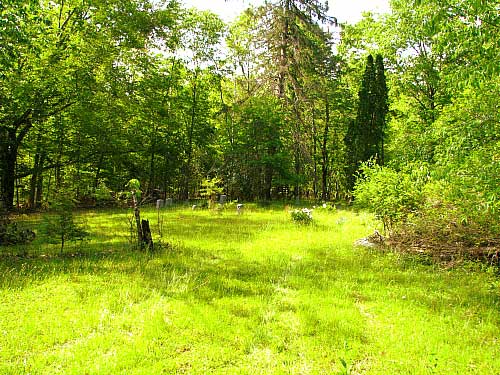 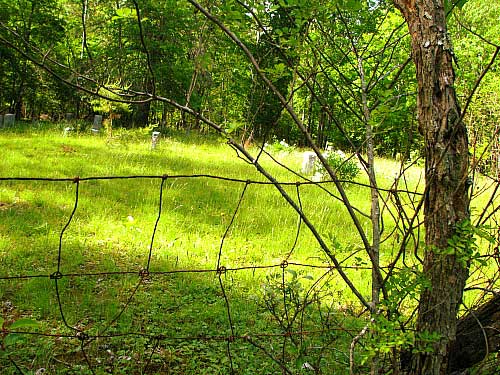 It’s a cemetery, in the middle of the woods, on a hill, in a clearing. Did you see that unmarked drive off that godforsaken road? No one would find this cemetery if they didn’t know where it was. 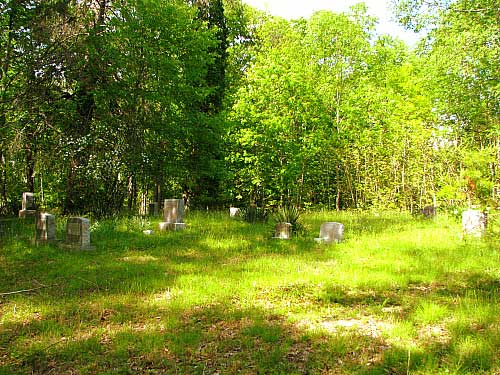 Here is buried my great-grandfather, John Morgan Dye, and his wife Florinda Farnsworth Smith Dye. She liked to sign her name F.F. And wear red dresses because red was John Morgan Dye’s favorite color on F.F. 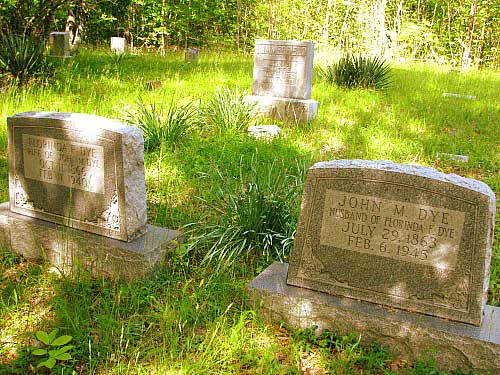 My grandfather is buried here, too. His romantic/incredible name was Romeo Napoleon. He died of pneumonia when my father was four. My father wore a little blue serge suit to the funeral. 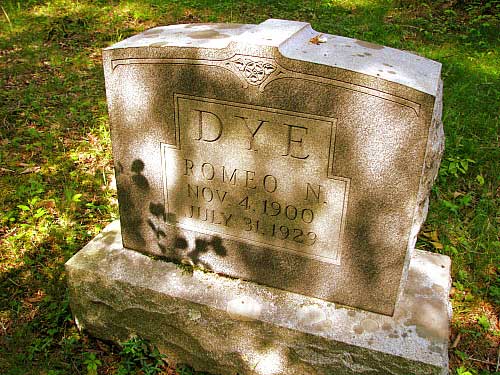 That story always reminds me of the emotion and reality that existed once in these now-abandoned hills around our farm. It was once a bustling community filled with people and all the drama and hardships, happiness and sadness, that is part of life. 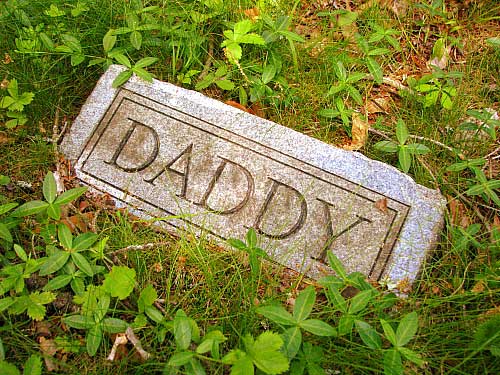 Some of the gravestones in this old, mostly forgotten, cemetery are either unmarked or worn to the point of being unmarked. 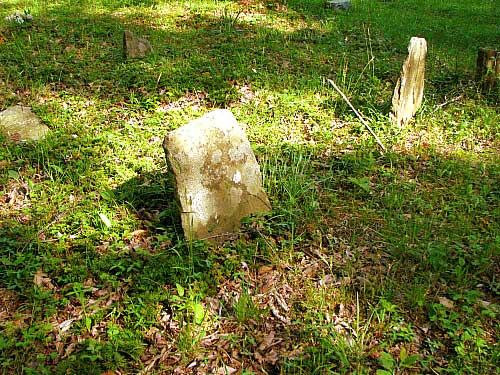 With me was Lisa Carper Stott, who is working with the Roane County Historical Society to document old cemeteries. I showed her the way to this graveyard and one other on down our road. She showed me how she uses flour to dust worn tombstones to read inscriptions. 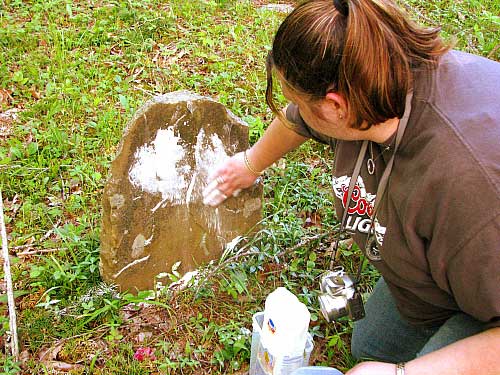 Sometimes it works, sometimes it doesn’t. She tried several, then on this tombstone, a name was revealed, but no dates. And even with a name, we have no idea who this person was, who primitively inscribed their name, or when. 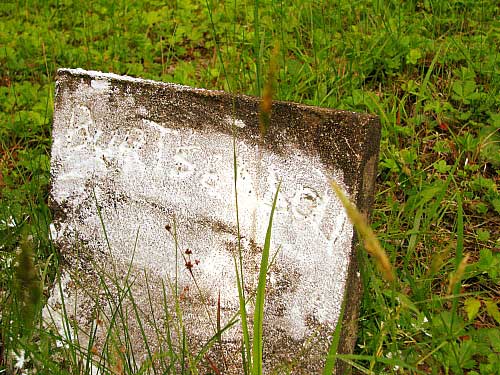 The past is ethereal. All around us and nowhere at the same time. The people buried here once raised their faces to this same sky. 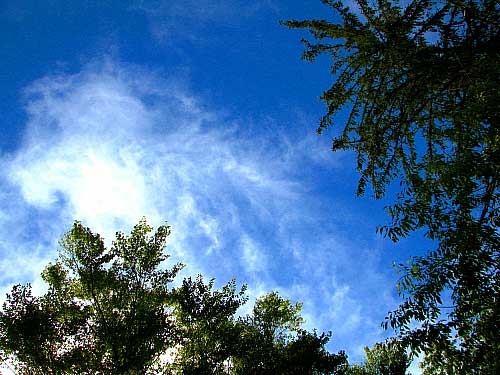 And yet time goes on.

In my former suburban life, visiting cemeteries on Memorial Day weekend was an unknown idea. Many if not most suburban dwellers are transplants. Most likely, no one you know or are related to is even buried within 100 miles. But here in rural America, it’s not like that. Memorial Day weekend is all about visiting the cemeteries. And then, yeah, hitting the barbeque. We’ll do that, too.