So the other day I went over the hill and through the woods to Missy’s house and taught her how to milk. I know. The entire concept is either laughable or frightening, but that’s what us nouveau farmers do. We teach each other how to do stuff even if we don’t totally know what we’re talking about. Sometimes it’s too embarrassing to ask the real farmers. And sometimes the real farmers just don’t really understand us anyway. 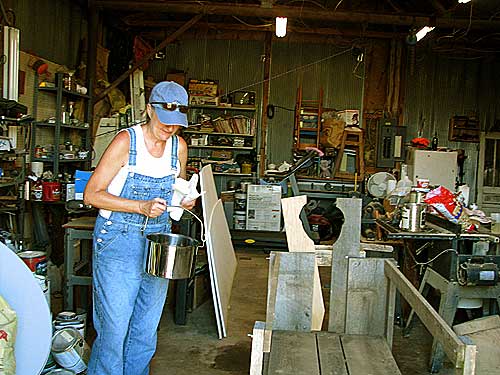 I bet the real farmers wouldn’t even bring a glass of wine to the barn. 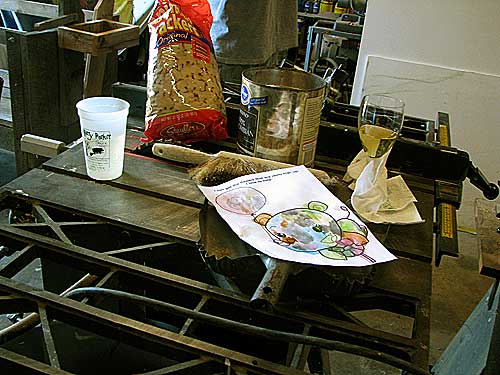 The real farmers wouldn’t understand that this is a par-tay! We are engaging in a novelty activity! We are excited! We are going to make milk come out of a goat! Can you imagine that? We could not be having more fun if we were five-year-olds clambering onto the tea cup ride at Disney World.

I don’t think Penny was having near as much fun as the rest of us. 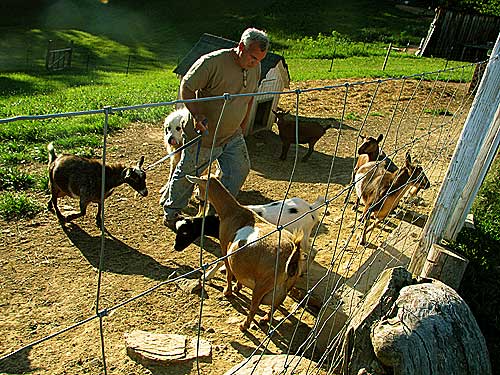 Penny is the doe Missy had picked out to milk.

They have a lot of pregnant does at the goat farm, and a few who have already delivered. Baby goats are among the sweetest creatures on earth. 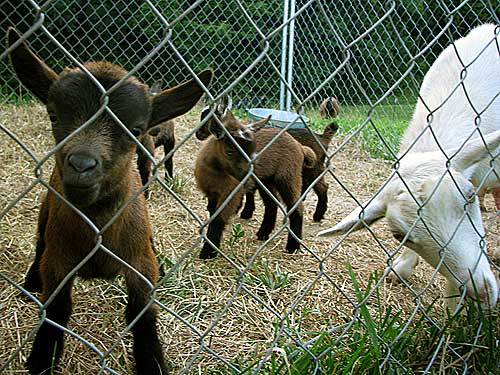 They cavort and frolic and bounce.

Penny delivered triplets a few weeks ago. She’s got milk for three. 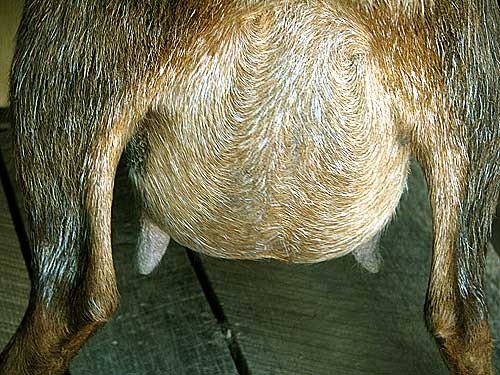 We got her up in the newly-constructed milkstand, fed her some cookies, and got to milking. 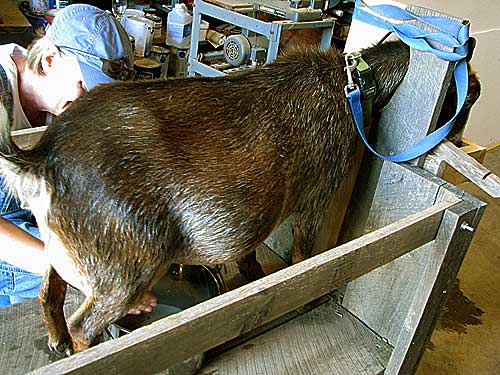 Penny was selected for this honor for her cool, calm, and collected personality. And for the most part, she maintained her composure. She eventually kicked a little bit and jammed her hoof in the bucket, but she wasn’t even tied up. If that had been Clover, she’d have turned the milkstand upside down, danced on top of my head, then blown a hole in the barn on her way out.

I showed Missy how to milk, and I got to milk Penny a little bit, too. I wasn’t actually sure I would even remember how to milk, but it came right back, as soon as I touched her udder. And I liked it and wanted to shove Missy out of the barn and do the whole thing myself. I miss milking. There’s something soothing and satisfying about it. Plus, Penny was JUST STANDING THERE and I’d never seen such a well-behaved goat before. I was fascinated. I had to resist the temptation to toss Penny in the back of my Jeep and make off with her. Maybe she could teach Clover a thing or two.

Missy got about a cup of milk out of her. (Not useable since Penny got her hoof in there, but it was a practice run.) Since I was measuring my milk in tablespoons when I first started milking Clover, I thought that was pretty good. So then we took our glasses of wine and Penny and went back to the goat yard where we chased several pregnant does around trying to inspect their girlie parts. We’d read something on the internet that some real farmers probably posted as a joke on nouveau farmers about how to tell if a doe is pregnant by the way their vulva looks. So we wanted to check out some pregnant ones and some of the ones who weren’t pregnant, then I could go home and check out Clover’s.

The does weren’t very cooperative.

Look at Cookie Doe. This is Clover’s sister. Either she’s having 20 babies or she swallowed a battleship. 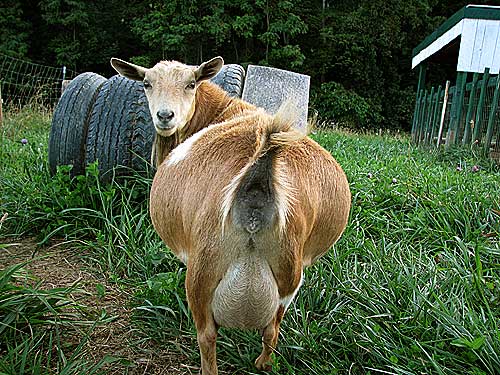 “Cookie Doe, my darling, wait!!! Let me see your pink lotus of love.” 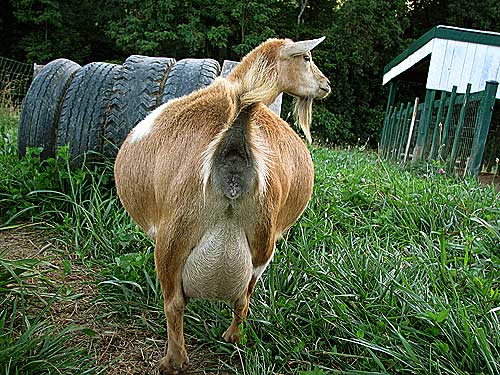 She wasn’t having any of it.

I finally gave up on the notion that they were ever going to stand still to let me examine their feminine flowers and decided that just looking at their bouncing, bulging udders from afar settled it. Clover can’t be pregnant.

She’s put on a little weight, but it’s all gingerbread, not baby. She’s got nuthin’ going on in her udder. I won’t be milking a goat again any time soon.

Unless I sneak back over there and steal Penny. Shhh.