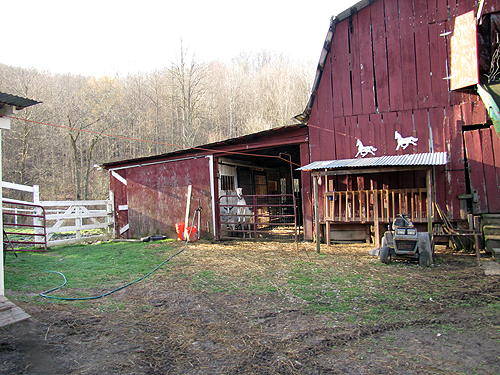 That’s Valentina on the left, and on the right– 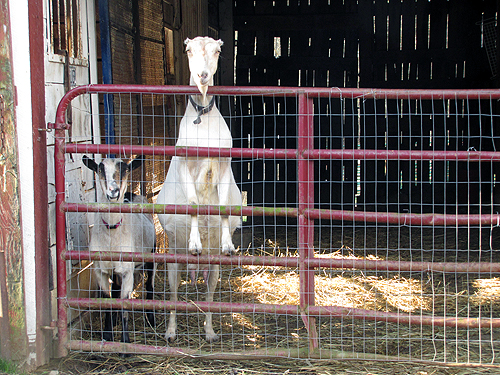 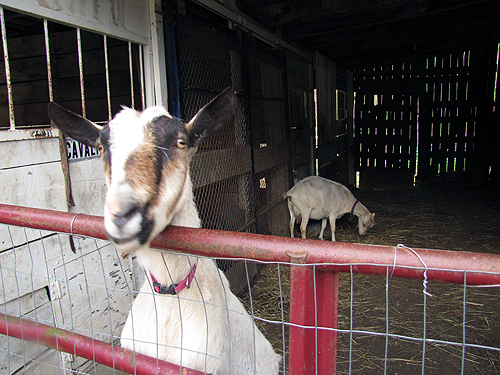 While Valentina is a full Alpine, Aranel is a 50% Alpine, 50% Lamancha cross. 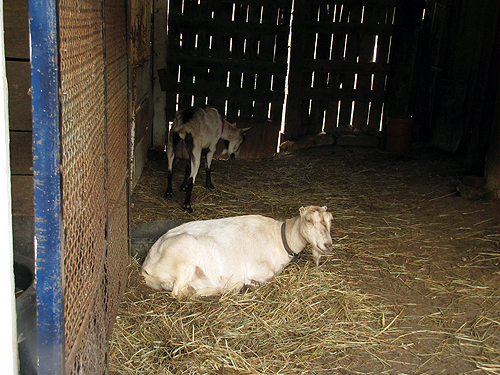 She’s also quite pregnant. She’s bred, due in May. She came from the same dairy in Pennsylvania where we got Valentina. 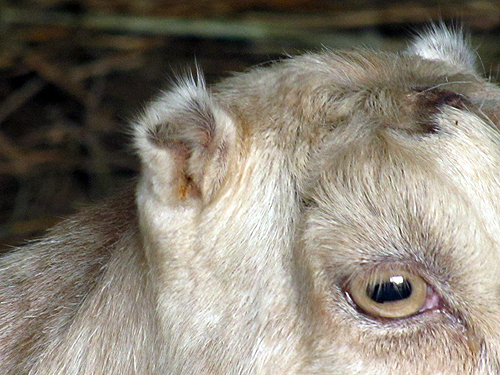 With those ears, she looks much more Lamancha than Alpine. I thought the ears made her look like an elf, so I named her Aranel after the Elven princess from Tolkien. 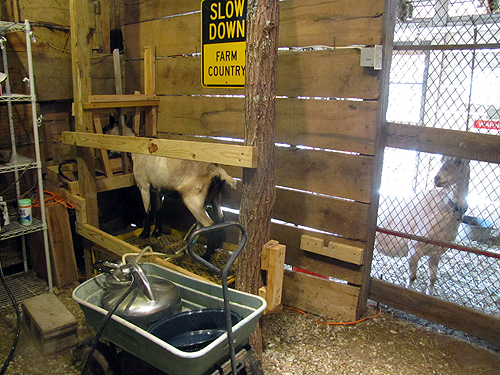 She lurks jealously outside the milking parlor while Valentina is working. 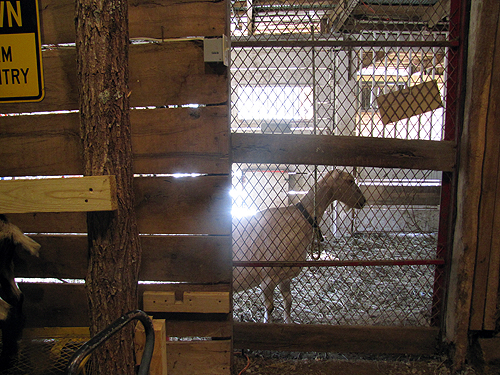 It’s not your turn yet, Aranel! See you in May! Meanwhile, I’m at the barn every morning and every evening to milk Valentina. First, I feed little Roman Reigns his bottle (while Cherry watches on). 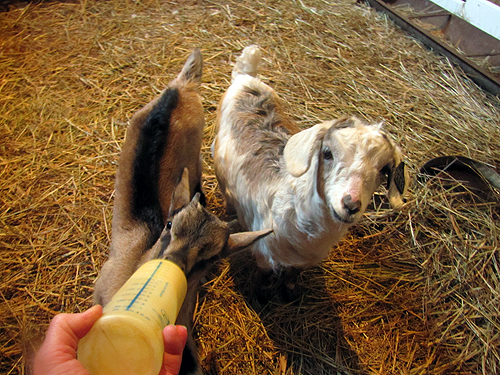 Next, it’s to the milking parlor with Valentina. 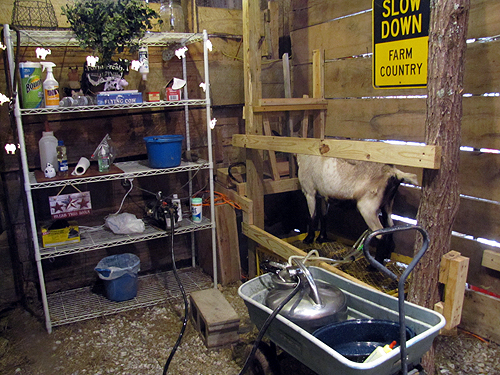 I’ve done some cleanup and redecorating in here. The goats like things pretty! 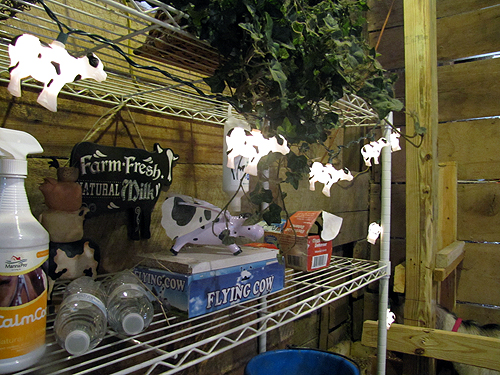 I strung up some really cute cow lights. And a flying cow swooped in from somewhere. 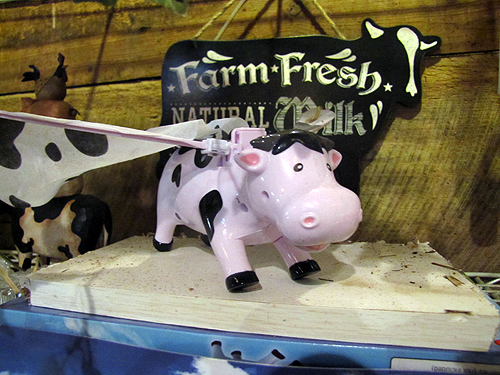 That’s what happens when you hang up cow lights! Be careful! 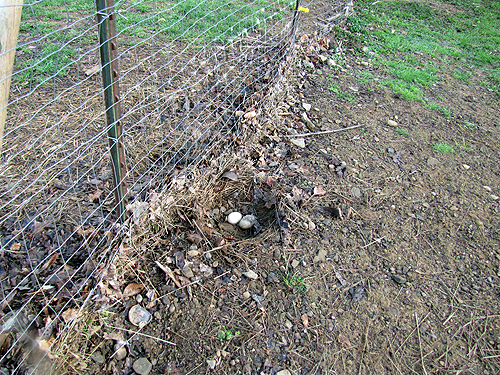 After milking, it’s time for the egg hunt. The ducks are laying….everywhere except…. 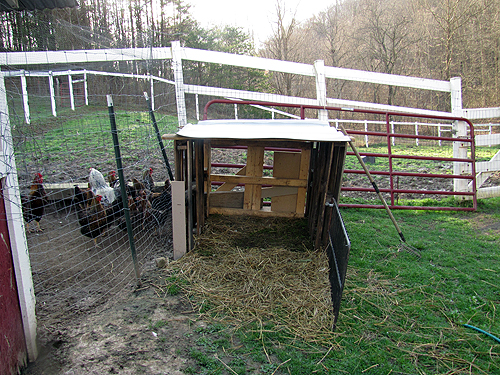 ….in the duck nesting house that was made for them. 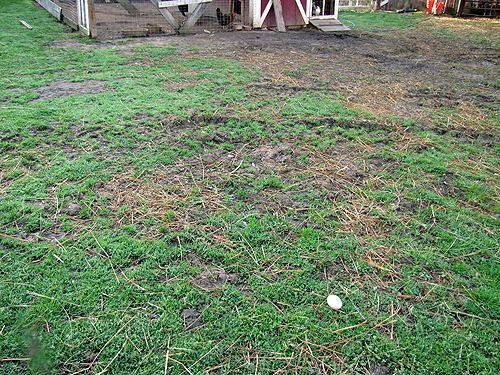 I run around the barn yard looking for duck eggs, check the chicken house for the early bird layers in there, then take my morning egg and milk haul to the studio. Valentina is giving about a quart per milking. 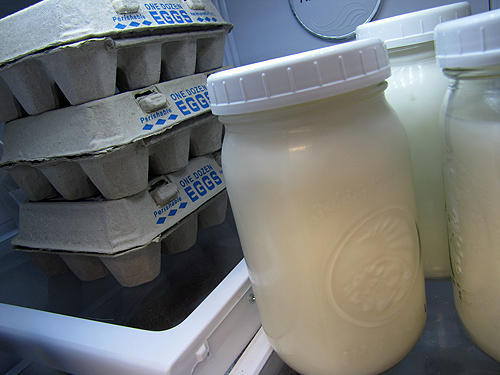 The chickens are giving as much as two dozen eggs a day now. 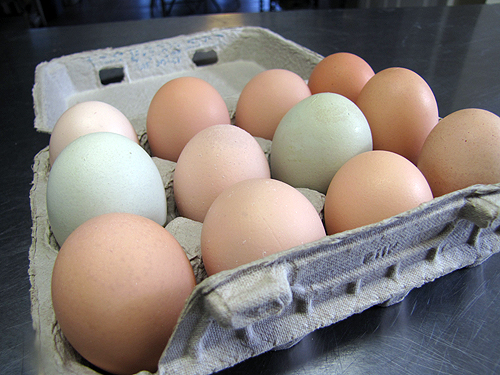 I have six laying ducks, so they give half a dozen a day. If I can find them. 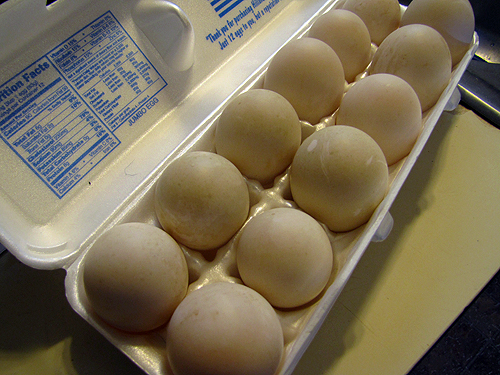 These eggs are HUGE. Here’s a duck egg compared to a (large) chicken egg. 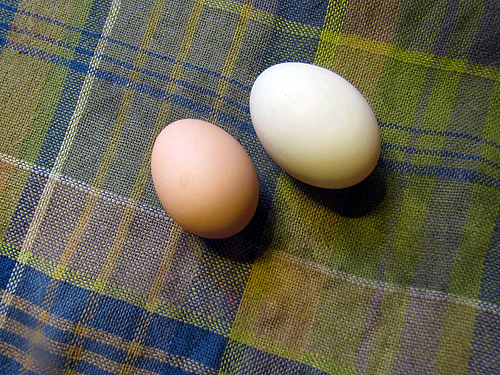 I’m loving my mornings with milk and eggs. There’s something so satisfying about this life, the daily reward of food from the animals in return for the effort of tending them.

That’s my morning, and I’m sticking to it!