My sailor. I’m so proud of him. 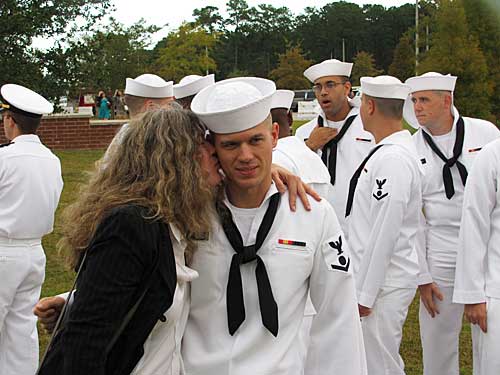 Power school graduates in formation before the ceremony. 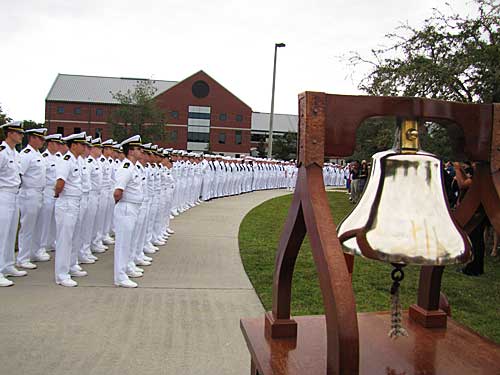 The base at the Naval Weapons Station in Goose Creek, South Carolina is very modern, with many new buildings. The nuclear power training program only moved to South Carolina in the past ten years or so. 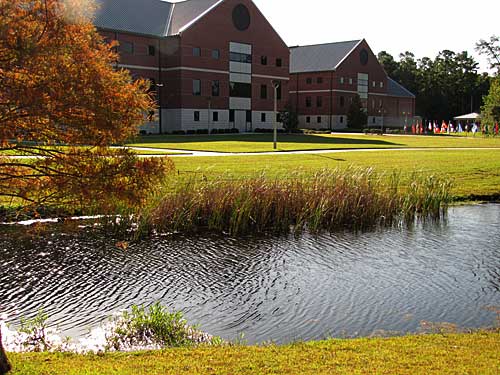 Ross attended six months of “A” school and six months of power school in these buildings. He is an EM3 (Electrician’s Mate, Petty Officer Third Class). Only three percent of the sailors in the Navy hold a nuclear rating. It’s one of the mentally toughest training programs in the U.S. military. 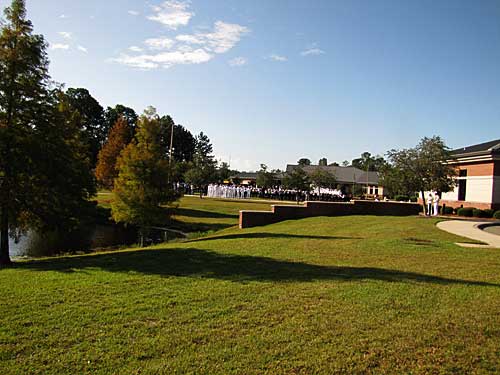 Ross will stay in Goose Creek for prototype training, which is some additional classroom training, but mostly hands-on activity practicing on the nuclear reactor of a moored submarine. 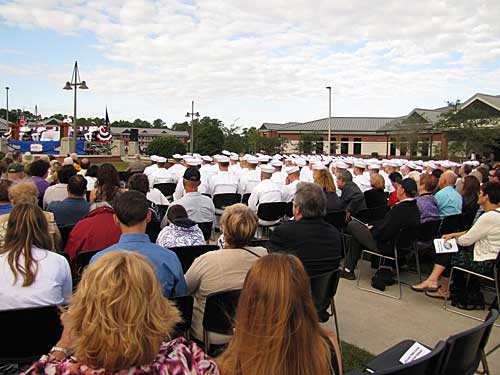 Ross loves getting under cars and working on engines or using a hammer to build something–he is a hands-on person–so he’s been looking forward to getting the brutally intense classroom study of power school behind him and getting his hands on buttons and knobs and dials in prototype. 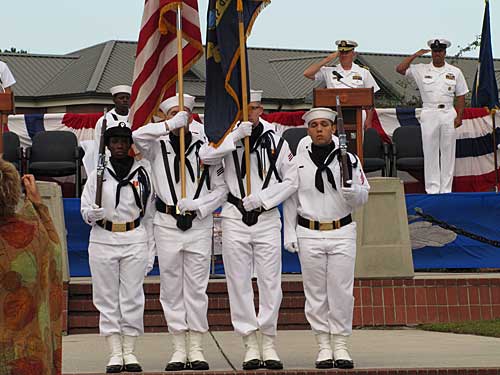 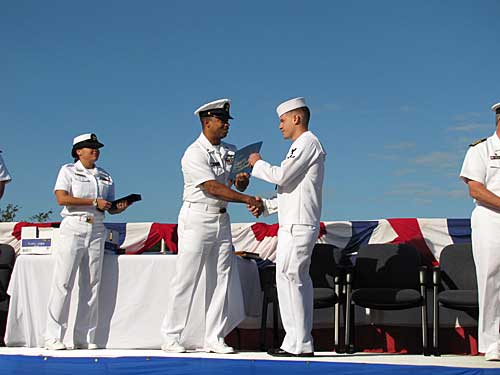 Coles gave an entertaining speech about how they entered the program as fetus nukes, and now they were toddler nukes. When they graduate from prototype, they will be real nukes. I kept wishing my toddler nuke would smile more for pictures. 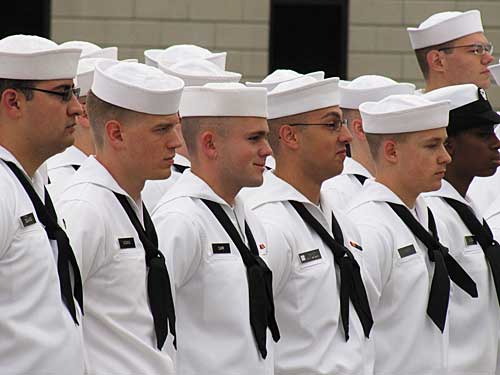 Like, say, that there toddler nuke just to the right of Ross. What a cheerful, happy boy! 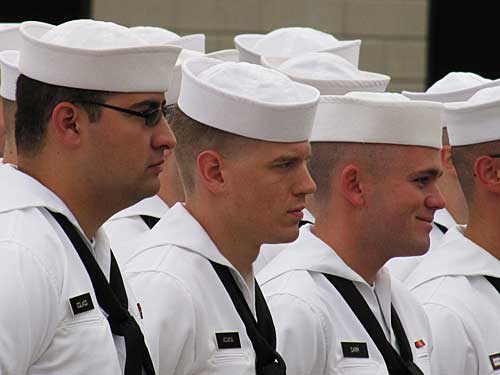 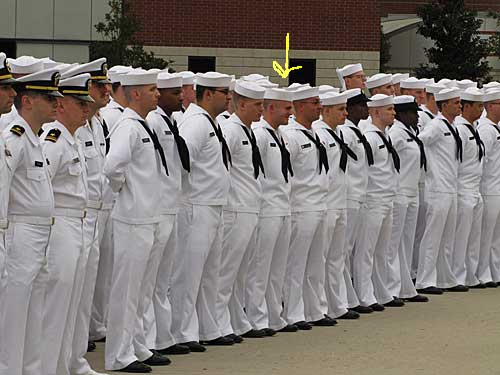 Power school graduation is the happiest, proudest day of his life! 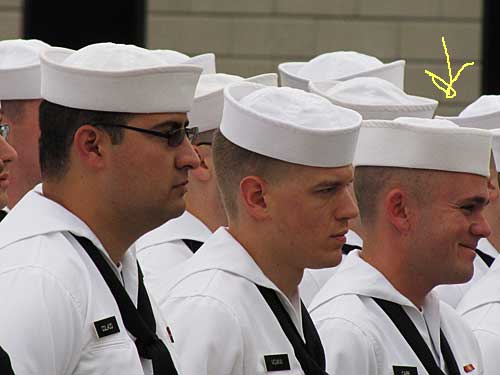 Ross told me later that they were supposed to maintain a composed expression while they stood in formation. Only a large woman had gotten up on a chair to take pictures and had fallen off the chair. Mr. Happy there was nearly choking trying not to laugh.

Ross will go on to operate the power plant of a nuclear warship or submarine after prototype. 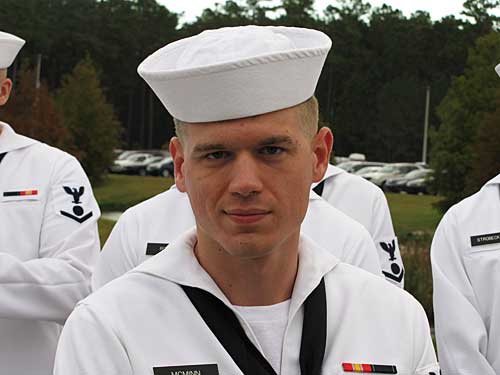 I can’t believe they are going to let my little bitty boy do that!

P.S. Ross’s Navy story started two years ago. (Hard to believe!) If you missed it, you can read about how he came to join the Navy here, and at the bottom of that post are links to posts with his letters from boot camp and his boot camp graduation.