From the Things Can Always Get Worse files:

Temperatures are expected to dip into the teens this week. The water has now been turned off at the old farmhouse to prevent the pipes from freezing.

Yesterday, we went to an absolutely fascinating luncheon and seminar in Charleston put on by the Farm Service Agency and hosted by the Islamic Center. The event was an effort to put together local small farmers with the area ethnic markets for goat and sheep. (If you’re interested, look up the Farm Service Agency near you to find out more.) Of course, I don’t even have any sheep at all yet, nor do I have any goats I would put on the market, so it was more of an exploratory outing. Our goats and chickens are pretty much like pets at this point, and I certainly wouldn’t ever change that status for any of my existing animals. But, as a small farmer, it’s something to consider in the future as we have to make money somehow….. If we ever keep any animals with that in mind, they won’t be named. Unless they’re named Dinner….

But what was so great to me about this event was simply learning about the ethnic communities and about their food. There was a lot of food there! The luncheon was provided by the Islamic Center and the food included things I can’t remember how to spell other than hummus, and there was also goat and sheep meat. Of course I’ve had lamb many times before. My mother cooked lamb every Easter. But it was the first time I’ve ever tasted goat meat. I don’t know what to say it tasted like other than it tasted like goat. (It doesn’t taste like chicken!) I liked it. I tried not to think about Clover.

I had three children with me because we’d just come from an orthodontist appointment–two of mine (15 and the Princess) and my cousin’s son. I take the three of them to the orthodontist in Charleston once a month. (Let me say a big hello here to the nice ladies at Dr. Christopher Taylor’s office who read my blog!) My two surprised me by digging in at the luncheon and eating everything they could get their hands on, with full knowledge that they were eating goat meat!

And then, Princess was Princess…. We had been fortunate enough to unknowingly sit down at a table across from a rabbi and a Muslim religious leader. (I don’t know what you call Muslim religious leaders, so bear with me.) Considering the world today and the politics and wars…. It was fascinating to watch these two men, a rabbi and a Muslim, clearly friends, discussing religion and comparing their food practices (being the topic of the day, they were discussing Kosher practices vs. Muslim rules). We sat there listening, since we were across the table, and, well, because their conversation was fascinating and just the two of them together was fascinating, and finally the Princess said to the rabbi, “Are you Jewish?” (She was wondering about his hat.)

The rabbi asked her where she was from. (Mars???) I explained we were from a very small town, and then she realized the other man was a Muslim. She’s never met a Muslim before! More excitement!

Children are so open and curious, and they seemed quite entertained by her in return. The rabbi said, “Well, if I’m the only Jewish person you’ve ever met, you’re going to think they are all wonderful!”

I told him he’d better behave if he was going to represent millions of Jews, and the same to the Muslim leader beside him. Of course, they were both very gracious people (and they totally behaved). It was a really lovely day and a neat experience for my little Martians.

And that’s what the world needs–more Muslims, Jews, and Christians sitting down at the same table together, sharing food and talking about ways to benefit each other, don’t you think?

You may have noticed that I’ve enabled gravatars on my blog comments. It’s a way to add a little more of your own personality to your comments. There’s a little chicken in place of your own gravatar now. You can upload your own photo for your personal gravatar here then it will appear automatically with your comments (and will also work on the forum). You can use any photo in your computer’s files and there is no need to resize the photo–the gravatar site will do it for you. It’s free, easy, and fun, so go for it!

I have no water. Did I tell you that already? 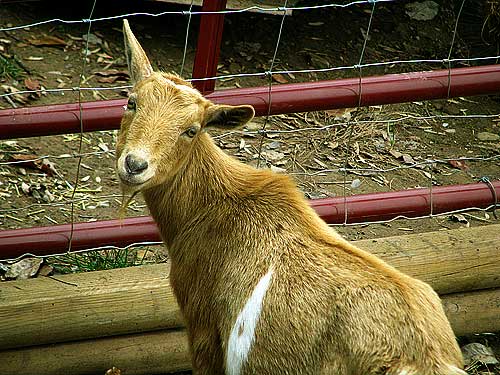