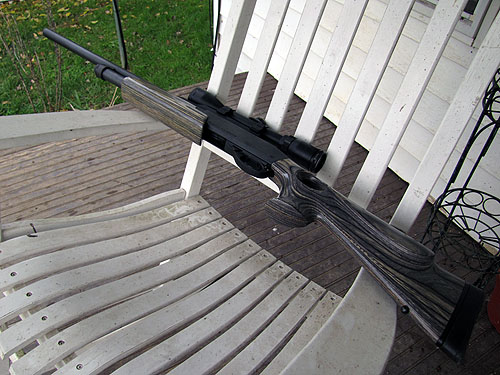 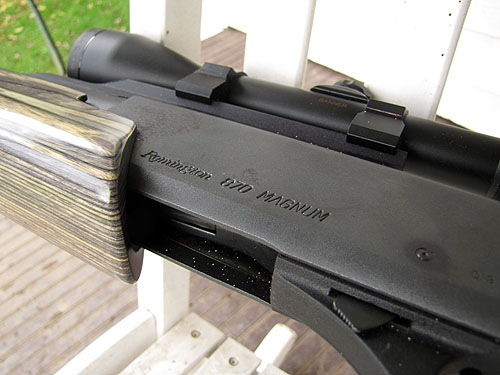 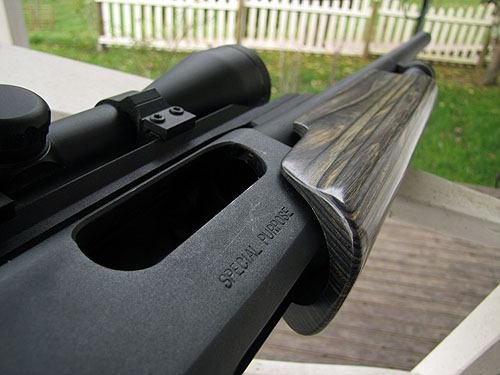 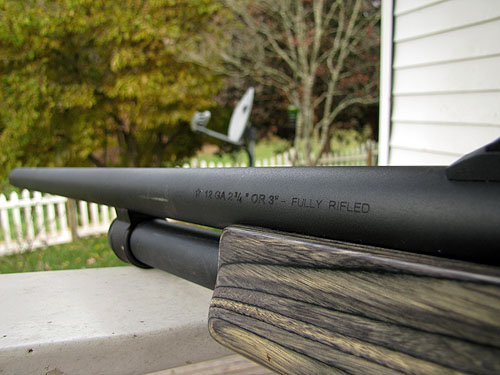 A friend picked it out for me. I wasn’t sure I could handle a 12-gauge, but he thought I could. My friend always thinks I can do things I think I can’t do and tries to talk me into trying. Most of the time, he’s right. He thinks I need to learn to weedeat and mow, too. On our second date, he made me learn how to put air in my tires. STOP THE MADNESS. 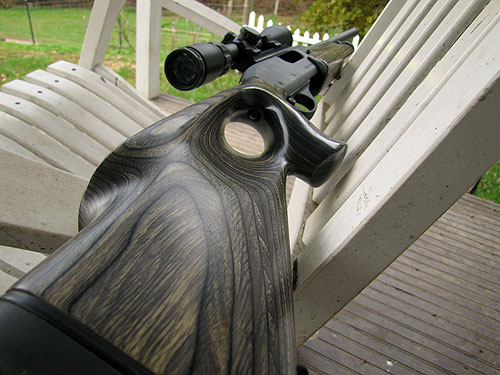 Last night he showed me how to use the shotgun and took me out to shoot it. And I handled it just fine! The kick wasn’t too bad, and it didn’t hurt my shoulder. It’s heavy, but not too heavy for me. It’s really pretty, I have to say, and it could definitely bring down a deer.

In some states, you aren’t allowed to hunt deer with deer rifles. I’ve mentioned this several times to people in West Virginia in the past week and this information is met with blank stares, gasps, pity, and some disbelief. And yet it’s true! Because the land is flatter. Here in West Virginia, a rifle shot isn’t going to go too far because there are hills everywhere you look. Apparently, this rifle ban on deer hunting is true of a number of other states, too! And so, they use shotguns with slugs.

My father hunted, though he’d stopped by the time my sister and I were born. He took my brothers (who were much older than me) hunting. But he never took me or my sister hunting. Times have changed, though, and more women hunt than used to, and I want to be one of them, not just sitting here waiting for Ross to show up with some venison. Why shouldn’t I get it for myself? I’m going to try. And I can’t wait to show Ross this shotgun when he gets back from sea!

Also, by the way, I recently invested in a small handgun for self-protection. 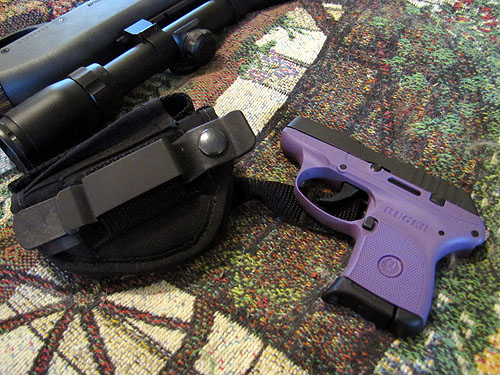 It’s a tiny Ruger LCP–a purple one. Maybe I need some purple stilettos to go with it? Just kidding!