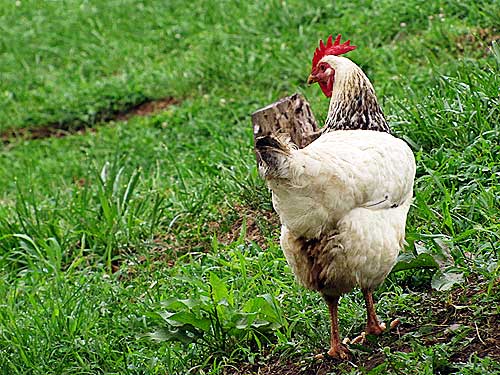 I often ponder the strange world in which we live wherein most of us have little familiarity with basic skills and no idea how to live off the land. We know how to program our cell phones, but not how to make soap, bake a loaf of bread, or milk a cow, much less how to find water from a spring and which berries and roots are safe to eat or even how to start a fire. If our need for self-sustainability were to become more extreme than making homemade Hamburger Helper, a lot of us would be in trouble.

I’m not one of those “doomsday preppers” and don’t intend to become one, but the recent derecho in our area was a small-scale example of how a natural disaster can nearly paralyze a region. Many people were out of power for the better part of two weeks (some less, some more), but power won’t be the worst of it if that type of disaster were to be prolonged. Many stores were closed because they had no power–in grocery stores, this meant all food that wasn’t shelf-stable went bad. Gas stations were closed–which meant gasoline to run generators was hard to come by. Gas stations that were open had long lines with people buying gas in a panic. If we can’t buy a frozen pizza and top off our gas tanks at will, we’re in a panic!

Of course, a power outage is always uncomfortable, to one degree or another, and this one was particularly uncomfortable because it occurred in the middle of a heat wave, but if we don’t constantly live in a state of assumption that convenience is an entitlement, we don’t have to fall into a panic. I bought a generator during the power outage, but I can’t always assume gasoline is going to be available to run it. I have access to free natural gas–and am going to explore converting my generator to natural gas–but I also can’t always assume that natural gas, free or otherwise, is going to be available. As wonderful as natural gas is for me here, it’s an “outside” supply. I can’t make it or control it.

My sole source of heat in the winter is natural gas. My fireplace is so small, you could maybe stick two logs in it. I doubt I can undertake this project before this coming winter, but on my list for next year is to replace the fireplace insert with a wood stove. If you can make your own heat, you’ll never freeze.

I referred to the derecho, which seriously impacted several states, as a small-scale disaster–and it actually was. A large-scale disaster would be an event that crippled half the country, or more, and it’s not impossible. We do have crazier weather all the time. A tornado, flood, wildfire, derecho, hurricane, and earthquake in some close proximity time-wise in various areas could certainly paralyze a large part of our country and scatter the focus of emergency assistance. And many people would be in a panic because we don’t know how to live without everything from our water and our heat to our sliced bread being hand-fed to us by machines.

Not that this is new. Since the kings of Babylonia in their hanging gardens, we’ve been sitting around eating grapes while letting some kind of infrastructure take care of us. We have a long-term historic communal learning disability in regard to self-sufficiency, and even those of us who do assiduously explore DIY (myself included) often take more of a Disney approach than a realistic one. Again, I’m not a doomsday prepper.

But it makes a lot of sense to learn more about serious tools for taking care of ourselves, without freezers, generators, gasoline, and grocery stores, in the case of an extended emergency.

Put down the grapes.