The river, tamed back into its banks now in the aftermath of the storm. 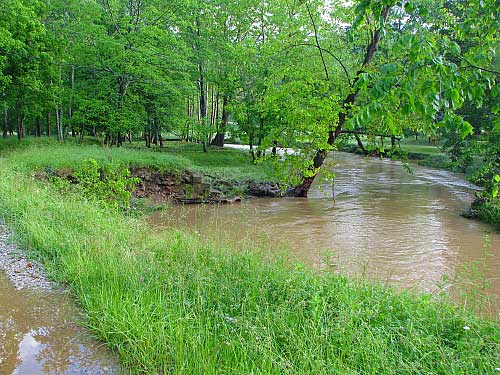 The river the day before, in the same spot. This area is the swimming hole, a deep place where the kids love to play. (But not this deep!) 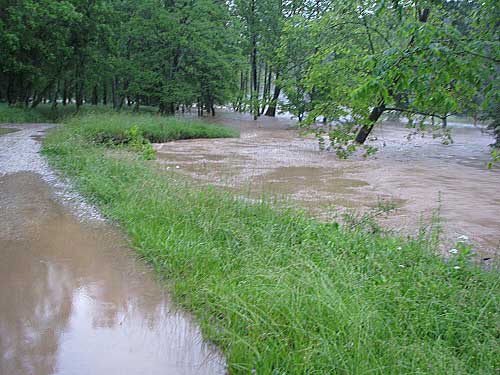 In this photo, taken last summer, you can see how high the banks usually are around the swimming hole. 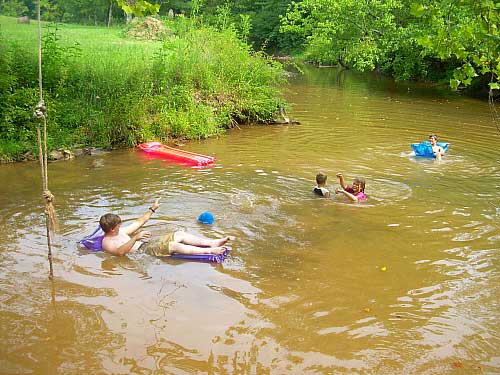 This is looking out toward the river ford during the storm. 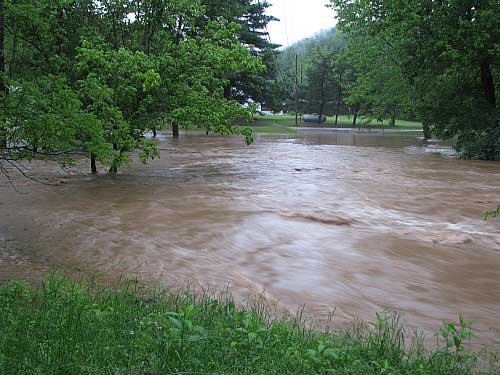 You can see how shallow this river is normally by looking at Princess and a couple of friends playing near the ford here last summer. It’s barely deep enough to cover up to their wrists here in the foreground of the picture (nearest the ford). 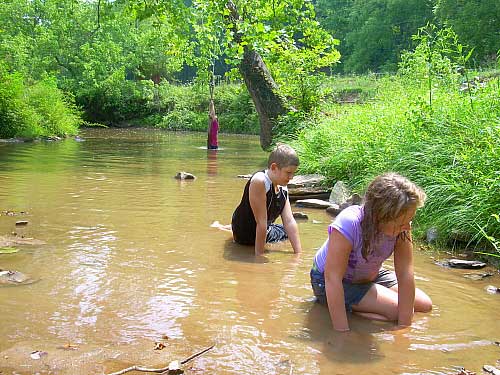 Princess loves to play in the river. She’s a river rat in the summer. She saw how high the river was during the storm and actually asked me if she could play in it!! (Uh, NO!) 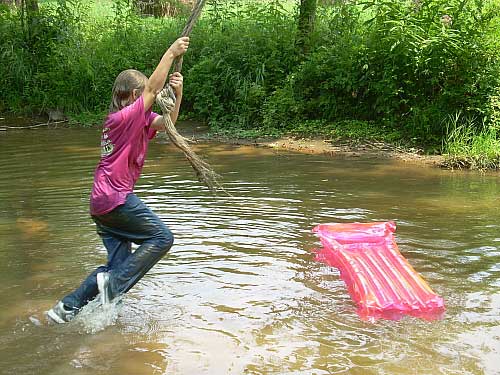 If this incident in which my car was totalled (yes, totalled) last winter didn’t teach me to respect this river that is often so low, the locals commonly refer to it as a creek….. (This is the Pocatalico River, a river defined by length, not by width, as it is really not a very big river.) 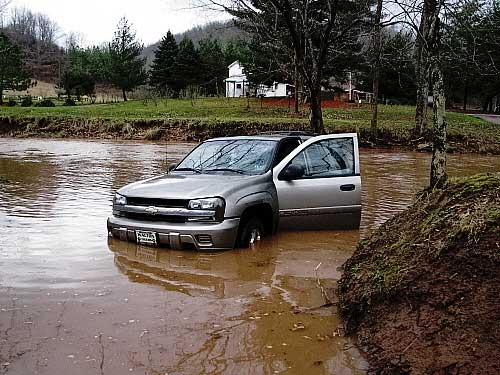 …..this storm certainly taught me. (This picture below is taken in the same place, at the ford, as the picture above. The water wasn’t even that high the day I totalled my car. Not that I’m defensive about that or anything–why do you ask?) 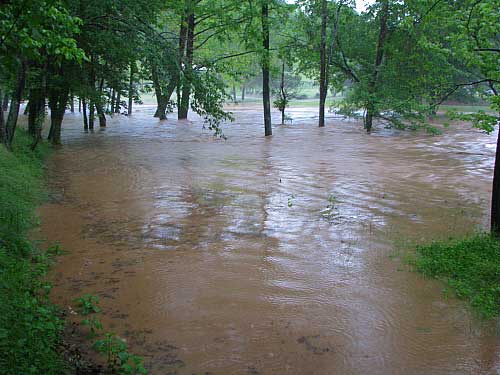 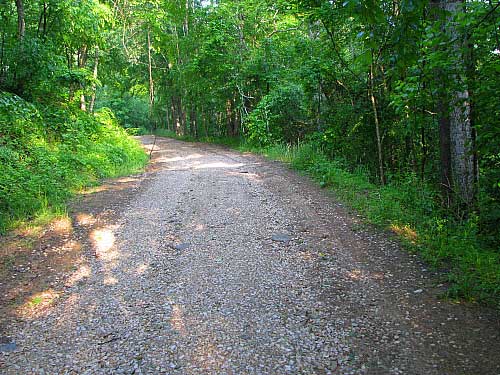 …….and the river is way down there. 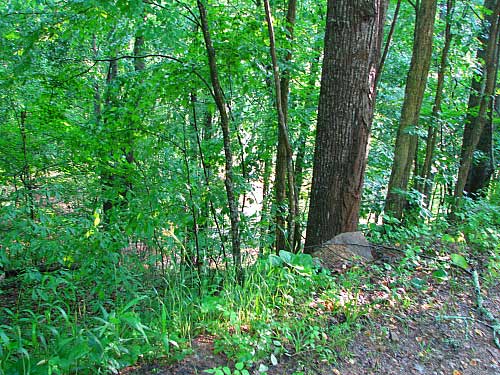 I started out a little too carefree about the river, which led to me totalling my car in the ford last winter. Now I’ve gone to the other extreme and I’m over-cautious about it. I know that’s why 17 ignored my instructions and tried to head out to the river ford the day of the storm. (Thank goodness he turned around on his own after he looked at the ford.) I’ve told him too many times not to ford the river on days he probably could and he is exhausted by my over-caution.

That water went from normal to flood-stage in a matter of hours and it was roaring loud. I don’t just respect the river now, I’m scared of it.

I’d like to think that at some point I will be neither carefree nor over-cautious and that I will actually develop some good judgment about it. I’m not there yet.