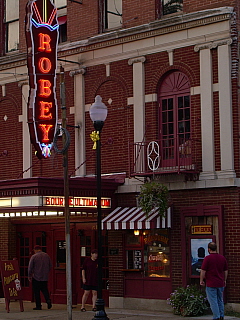 Open since 1907 and listed on the National Register of Historic Places, the Robey Theatre in Spencer, West Virginia is one of the longest continuously operating movie theaters in the United States. In 1941 when my dad was 16, he could take a date to the Robey for twenty-five cents–movie tickets, popcorn and Cokes included. The movies in release then were titles such as The Maltese Falcon and Citizen Kane. This week, 16 went on his first date.